When small red spots occur on the skin of the baby, the mothers start to sort out the options in alarm, which may be an allergy in the baby on the body. They recall what they ate in the last days, what children’s hygiene products they used, with whom they contacted.

But not all dermatological problems on the body are a manifestation of an allergy in infants. Therefore, to determine the cause of skin rashes, you need to visit a doctor. Based on an external examination, as well as additional laboratory tests, an experienced specialist will determine the source of the rash and select treatment methods.

A few weeks after birth, the baby has red spots, which parents often take for the manifestation of allergies on the body. Any competent pediatrician will explain to a young mother that such rashes appear due to hormonal changes in the children’s body.

At the age of one month, the child has hyperemic points on the face, neck, and sometimes on the back. The occurrence of such a sign indicates that the baby’s body is freed from maternal hormones and begins to produce its own. All this leads to an imbalance in the body, which is manifested by skin rashes.

After 2-3 weeks, when the hormonal background is restored, the rashes disappear. This condition is called acne in the newborn or a three-week baby rash.

Newly made parents suggest that this is the allergy in newborns, because spots appear on the face, body or even pope. A nursing mother begins to limit herself in nutrition, to follow a diet, but all her attempts do not bring results, because a hormonal rash has no connection with what a woman who is breastfeeding eats. Acne disappears as unexpectedly as it arose, so no specific treatment is required.

How to distinguish an allergy in an infant on the body from other varieties of rashes?

Dermatitis of allergic etiology is characterized by the appearance of concomitant symptoms, in addition to the rash:

There are many signs of dermatitis, but they are all individual, as they depend on the reactive characteristics of the child’s body.

There are several types of allergic reactions:

Why does an allergy manifest on the body?

An allergy to the body in an infant develops as a result of contact with a substance that provokes it. Many parents suggest that the development of hypersensitivity occurs due to errors in the diet of a nursing mother, from which there may be an allergy in infants on the body. Regarding whether a woman who is breastfeeding should strictly adhere to a hypoallergenic diet, the opinion of doctors was divided.

Old-school pediatricians insist that everything that a mother eats comes into the baby’s body with milk, therefore, from the first days after birth and until the end of lactation, it is advised to exclude many foods that can trigger an allergy.

The younger generation of doctors is of the opinion that the diet of a lactating woman does not play an important role in the appearance of allergic reactions in a baby. It is much more important in what conditions the child lives and how often he contacts with what the baby may be allergic to.

There is some truth in each of the statements, so the mother should adhere to the middle ground:

In most cases, by the age of three months, the mother can fully eat, sometimes allowing herself favorite treats such as chocolate, some fruits or a spoonful of honey, provided that the baby is not allergic to these products.

If the baby is allergic from the first days of life, then the mother needs to abandon some groups of products:

In addition, foods that contain artificial colors, preservatives and other harmful additives should be used with caution: bright carbonated drinks, tea bags with flavors, chips, crackers with different flavors and other products.

In the womb, the baby is in sterile conditions. After birth, his body gradually begins to be populated by microflora, in contact with various types of allergens. Sometimes the result of this interaction is an allergy to the body in infants, when red spots appear on the face, neck and pope.

The protective functions in the baby are not yet fully formed, as a result of which even minimal contact with the stimulus, which would not lead to consequences in the adult, can provoke the occurrence of hypersensitivity. The causes of allergies to the skin of an infant:

Behind the seeming harmlessness of an allergy that occurs on the skin of an infant, a serious and dangerous condition for a fragile organism is often hidden. Many mothers confuse pathology with diathesis (skin rash), so they hope that the spots on the baby’s body will go away on their own.

Untimely detection of an allergy on the body of a nursing infant delays the start of treatment, which can lead to hypersensitivity at an older age. 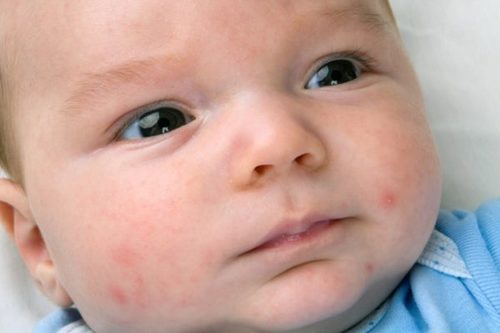 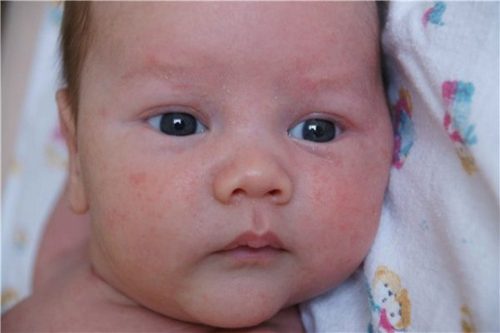 Allergy to milk in infants 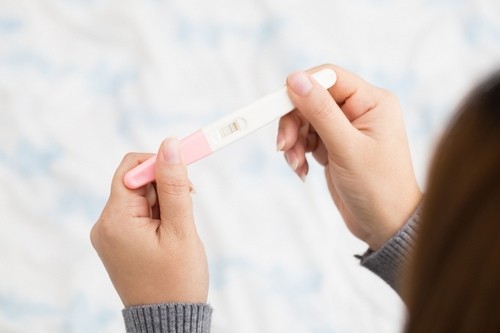