ClearBlue (Klieblu) is a trademark of the Swiss company Swiss Precision Diagnostics, a subsidiary of Procter & Gamble Corporation and Alere. The SPD Research Center is located in England, where the tests themselves are performed. The company has been producing tests since 2008, but has already managed to gain serious experience and gain a leading position in the market. Given that ClearBlue tests cannot be considered cheap, the reasons for success must be sought in the high accuracy, reliability and usability of ClearBlue products.

A woman expecting a baby can choose any test in pharmacies to check for pregnancy to her taste. Tests differ not only in price, but also in manufacturer. This article will talk about pregnancy tests manufactured under the Clearblue brand name.

At the same time, some secret technologies are not used in the tests for Kliablu. Their principle of action is the same as in other pregnancy tests. The test modules contain antibodies to human chorionic gonadotropin (hCG). HCG is the hormone that an egg produces that adheres to the surface of the endometrium (the outer layer of the uterine wall). With each day of fetal development, the amount of hormone in a woman’s body grows, until, finally, it reaches a level where it can be recognized by test systems.

When a reagent containing antibodies comes into contact with a hormone, a chemical reaction occurs, causing the reagent to change color. This phenomenon can be recorded by the user of the test module. Under the ClearBlue brand, the following products are available on the Russian market:

Also on the shelves of pharmacies you can find old tests from this line – Easy and Compact.

All Cleablou tests are inkjet. This means that the correct result can be obtained even by substituting the tip of the device under the stream of urine. Not all tests can boast of such sensitivity. After all, most tests give correct readings only after they are dipped in a container with urine. Thus, Klieblou tests have the advantage that they can be used in any conditions, even when there is no clean and dry container at hand to collect urine into it.

Previously, the company launched this inkjet model on the Russian market. This is the most economical pregnancy test. It has only one window for displaying information. But this test is quite “thoughtful” – the result is displayed only 10 minutes after the urine got on the device. The advantages of the test include the fact that the strips do not disappear after testing. Consequently, a pregnant woman who, through a test, finds out about her condition, can save the module as a keepsake. The test is recommended to be used only after a delay in menstruation.

This is one of the cheapest and most affordable Cliablu tests. Previously released under the name ClearBlue Easy. It is a small strip enclosed in a plastic case. Inside the strip is a reagent that changes color after contact with hCG. It has two windows, one displays the test result, the other – the control. For testing, a woman’s urine is needed. The working tip of the dough turns pink after contact with urine.

This test is more sensitive than regular test strips. Test material can be sampled during the natural urination process. The sensitivity of the digital test is 25 units.

The result is displayed on the electronic display of the inkjet module. At first glance, this is an improvement made only to “splurge”, but in fact this is not entirely true. Unlike non-digital tests, tests with an LCD screen relieve a woman of doubts about the correct interpretation of the result. After all, sometimes it happens that the second strip is painted very pale, which leads the woman into confusion. When applying an electronic test, the answer will always be unambiguous. The device also displays information about how much time has passed since conception up to a week. This option is rarely found in tests for home use.

The disadvantages of the test include the fact that the result from the screen of the device eventually disappears, although it stays on it for a day. Also, the device has a high cost.

This device features an ergonomic shape that allows you to easily hold it in your hand. Otherwise, the Plus model resembles the standard Cliablu model. The body of the jet test is equipped with two windows – control and information. The test result is displayed for 3 minutes.

The module design was awarded the 2012 Red Dot Design Award. If the tip of the module is lowered into the liquid, then it changes color from white to pink. The test is able to show the correct result 4 days before the expected start of menstruation.

How to handle Cliablou tests

According to the instructions, you can store tests at a temperature of + 2C – +30 C. If the digital inkjet test was stored at a low temperature, then before using it, it is necessary that the module be warmed up to room temperature for half an hour. Tests can only be used once.

How to do a pregnancy test Clear Blue

The procedure, regardless of the type of test, is as follows:

A digital test informs about data processing with a flashing wait symbol.

How to understand the test results if it is positive?

The interpretation depends on the type of device. The digital device has an indicator on which the test result is displayed. If the device detects a pregnancy, the word “Pregnant” is displayed. Otherwise, “Not pregnant” appears on the indicator. This information is displayed after 1-3 minutes.

The accuracy of determining the gestational age is 92%, and the accuracy of information about the pregnancy itself is 99% (when testing on the first day of the alleged menstruation). The correctness of the result when testing before the onset of menstruation is not guaranteed by the manufacturer, although it is likely that the test can correctly determine pregnancy in the early stages. A digital test can show correct results from 4 days before menstruation.

The probability of determining the state of pregnancy for digital Cliablou tests:

Before the fourth day before menstruation, the test is not recommended. Also, the accuracy of conception time determination is not guaranteed if more than 6 weeks have passed since then. Information remains on the screen for 24 hours.

These types of tests have two windows on the case for outputting results. In one window information is displayed on whether the test is valid or not, in another – whether pregnancy is present or not.

Before applying all tests, Kliebl needs to wash his hands so that foreign substances do not get on the tip for collecting material.

It is recommended that you use your first morning urine. It is the most concentrated and the probability of a false negative result in this case is reduced. This rule is especially relevant if testing is done before menstruation, since at this time the concentration of hCG may be too low. Do not drink too much fluid and take diuretics before testing.

During urination, make sure that the end of the module is all the way down, and that drops of urine do not fall on the module. During testing, do not turn the device tip up. If the module is lowered into pre-collected urine, then the urine should be poured into a clean and dry container.

Upon receipt of a positive result, indicating the presence of pregnancy, it is recommended to seek advice from a gynecologist.

How to calculate the day the menstruation begins?

For women with an irregular cycle, the standard should be the duration of the longest menstrual cycle in recent months. If a woman does not know exactly when she will have the next menstruation, then it is recommended to test no earlier than 19 days after the last unprotected intercourse.

When can a false negative result be obtained?

False negative results can be obtained if:

For complete confidence, testing can be repeated after a few days.

When can a false positive result be obtained?

This is the name of the result, in which there is actually no normally developing pregnancy, however, the device shows that it is. A false positive result can be obtained if:

An ectopic and multiple pregnancy can lead to an error in determining the term.

Taking hormonal contraceptives can not cause a false positive result.

But even if there is no error in the results, then rejoice prematurely. After all, the fetus, after testing, may stop developing or a miscarriage may occur.

ClearBue tests have become so popular that there are many fakes for this brand. Therefore, when buying tests, you must be careful and check the information on the label. Fake tests, even if they work, will not provide the same degree of accuracy as the original ones.

Which option to choose?

All ClearBlue test models have their advantages and disadvantages. If finances allow, and there is a firm belief that conception is possible, then you can buy a digital test, which, in addition, can display information about the duration of gestation. Otherwise, select the standard model. If you need the most accurate results, then the Plus model is the best choice.

Reviews on the Internet about Kliablu devices are mostly positive. Girls note the high sensitivity of the devices, allowing them to determine the presence of the fetus even before the delay of menstruation, and the high speed of outputting results. Cliablou’s tests also look advantageous in comparison with competing product lines. 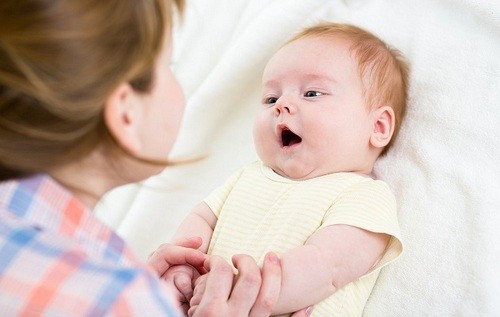 The regimen of the day of the newborn 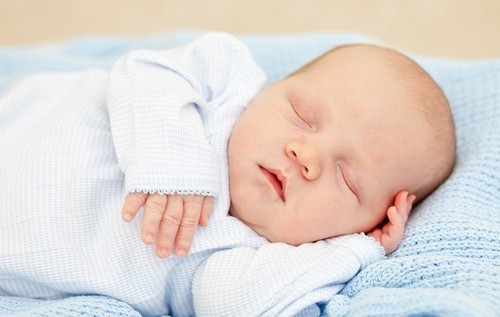 Features of caring for a newborn boy 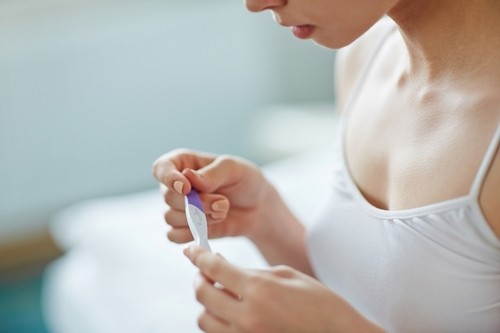