Bifidumbacterin is a drug that contains a large number of microorganisms that stabilize the digestive tract. The drug helps to normalize microflora, stimulates metabolic processes, increases the nonspecific resistance of the body, and also prevents the growth of pathogenic bacteria in the intestine. Therefore, the use of Bifidumbacterin in some cases plays an important role for newborns.

When a child is just born, his intestines are sterile, he does not contain any microorganisms. However, after the first breastfeeding, beneficial microflora are introduced into the baby’s body, which contributes to the digestion processes. Often there is a deficiency of enzymes, food does not have time to process, fermentation processes begin with the formation of gases, which is manifested by colic. In this case, Bifidumbacterin comes to the rescue, because the fight against these manifestations is very important for the health of infants and newborns.

At what age can the drug be given?

Many parents, faced with colic in a child, are interested in whether it is possible to give Bifidumbacterin to newborns, because taking medications at an early age often harms the body. This tool is safe for the child’s body when observing the dosages. In addition, if you do not deal with colic, then a violation of microflora can lead to serious problems. Therefore, the drug is an indispensable tool in a medicine cabinet with both artificial and breastfeeding.

Bifidumbacterin belongs to probiotics. The main component of the drug are live bifidumbacteria. Once in the body, they reach the intestines, where they begin to work actively, stabilizing the digestive processes. Bifidumbacterin forte for newborns and infants also includes activated charcoal. This allows useful bacteria to form colonies in the intestine, which leads to its colonization with the necessary microflora in a short time. Having learned whether Bifidumbacterin can be given to newborn babies, parents should also find out in which cases they use this medicine.

The drug is indicated in such situations: Bifidumbacterin is often prescribed for babies who are breastfed with adapted mixtures. In this case, intestinal dysfunctions are much more common than with GV, since the children’s body receives most of the enzymes with breast milk. Therefore, the drug is essential for maintaining normal microflora.

If the correct doses of Bifidumbacterin for newborns are observed, then the drug does not cause harm to health. The drug has no contraindications and age restrictions. An exception is an allergy to the constituent components of the drug, therefore, children prone to immune responses should be given bifidumbacterin with caution and after consulting a physician.

Most often, doctors prescribe Bifidumbacterin powder in sachets or in bottles for newborns. This form of release is most convenient to use for various types of feeding. In drugstores, you can also find Bifidumbacterin for newborns and infants in the form of ampoules, candles or capsules.

Forms of release differ in the amount of bifidobacteria contained in the preparation:

To determine which of the release forms is better to choose for the child, the doctor will help. Do not forget that non-compliance with the rules of admission and dosages can significantly worsen the state of children’s health. Therefore, if symptoms of digestive disorders in infants occur, it is imperative to consult a pediatrician.

No less important for mothers and fathers is the knowledge of how to breed Bifidumbacterin for newborns and how to take the drug. Typically, the dosage of the drug is determined by the doctor. However, before giving the drug to the baby, you should carefully read the instructions. The method of application depends on the form of release:

It should be remembered that self-medication or improper dilution of a drug can harm children’s health and only exacerbate the situation. Therefore, how to give liquid Bifidumbacterin to a newborn and how many days the course of treatment lasts should be obtained from a pediatrician.

The drug is safe and does not harm the children’s body. However, in some cases, the child may experience an allergic reaction to the constituent components (for example, lactose, starch), manifested in the form of skin rashes, runny nose, cough, vomiting, diarrhea. Digestive disorders occur with improper dilution of the drug.

Therefore, it is important not only to know how to give Bifidumbacterin to an infant, but also to observe some rules:

Observing all the rules, parents will be able to quickly save their children from manifestations of intestinal microflora disorders. This is very important for maintaining the health of the baby.

Preparations similar in composition to Bifidumbacterin

Sometimes mothers and fathers are interested in doctors whether it is possible to give infants other medicines instead of Bifidumbacterin. Fortunately, today there are many analogues of the drug, which plays an important role in the development of allergies to any constituent component.

You can replace Bifidumbacterin with such medicines:

The composition of each of these drugs includes beneficial microorganisms necessary to normalize the intestinal flora. These tools differ only in other components. Do not forget that the analogues have different dosages and regimens, therefore, without consulting a pediatrician, it is not recommended to purchase other medications, instead of the prescribed drug.

Disorders of intestinal microflora are a fairly common occurrence among children in their first year of life. Therefore, when symptoms of dysbacteriosis occur, parents should not panic: you should consult a doctor who will examine the child, prescribe studies, therapeutic drugs, and determine how often they can be given to the baby and according to what pattern. All this is important for the quick restoration of the digestive functions of the newborn and maintaining its health. 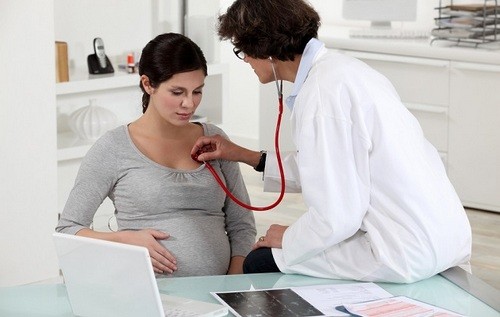 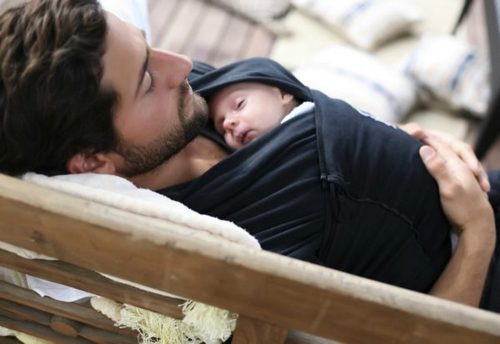 Varieties of slings and popular models 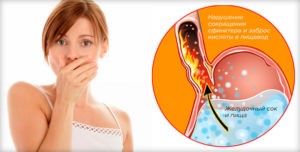 Heartburn and belching in pregnant women