The birth of a child tirelessly shifted “for later.” “Then”, as a rule, occurs after 40, 45, and even after 50 years. Previously, late births were considered nonsense, but now expectant mothers at the age “for” look at the hospital no less than young girls.

In the modern world, women are increasingly shifting to primordially male duties: getting a good education, providing for themselves and loved ones, building a successful career. Wanting to keep up with the accelerated pace of life, women are forced to forget about their natural mission: to give birth and raise children.

Is this right or wrong? Isn’t a woman going, putting off the possibility of becoming a mother for a late period, against nature? Are there any risks during childbirth after 40, 45 or after 50 years? Neither doctors nor psychologists have come to a definite answer. Let’s see why.

By forces – will there be a burden

As you know, over the years, the body does not grow younger: after 40 years, chronic diseases worsen, out of nowhere, new ones appear – the body feels unwell. What about pregnancy? During the expectation of a child, a woman may worsen diseases of the kidneys, heart, blood vessels, musculoskeletal system. Often, ladies of the “Balzac age” suffer from diabetes. It is quite difficult to bear a child with such a set of problems!..

The musculoskeletal system experiences very serious overloads during pregnancy. The average resident of a large city leads a passive lifestyle – this is a fact. Yes, many attend fitness clubs, but more to get an aesthetic effect than to actually improve the body. Classes on the simulators are of little use to the joints and the spine, therefore, diseases such as osteochondrosis, arthrosis, lordosis, scoliosis and pelvic deformity have long become companions of modern man.

From the side of the cardiovascular system, the main problem of the present time has become hypertension. This misfortune has long ceased to be a disease of pensioners. Increasingly, middle-aged women and women suffer from it. Hypertension has a strong negative effect on pregnancy, it is the root cause of provoking gestosis and late toxicosis. Vascular cramps, poor blood microcirculation leads to a deterioration in oxygen metabolism, the flow of nutrients through the placenta to the fetus is reduced – the development of the embryo may lag. Also, in women older than 40 years, blood coagulation noticeably increases, which leads to umbilical cord thrombosis, causes placental insufficiency, which leads to fetal hypoxia, intrauterine growth retardation of the fetus or even its death ^; increased blood coagulation in 25% of cases is the cause of miscarriage and premature birth.

Of course, you cannot equate a woman of 45 or 50 years with the category of sick old women! Moreover, now that the level of medicine and life has grown significantly! Ecology and stress of health are not added to us, but since hypertension is also no longer a terrible problem during pregnancy and childbirth.

As for pregnancy and its effect on the female body, Western doctors believe that the health of a pregnant woman at 45 and 50, or who recently gave birth, can be compared to a young girl, and all because the period of pregnancy and childbirth have a healing effect on the female body! Cholesterol levels, the risk of stroke are reduced, problems with the genitourinary system are less likely, menopause comes later, and menopause is easier.

Remember this saying about 45 and a berry? In fact, this is not a joke: a woman remains young until she can give birth to a child, and the female body is genetically predisposed to maintain fertility up to 45, and in fact, up to 50 years. To say that only age-related pregnant women have kidney problems, teeth crumble due to a lack of calcium, varicose veins and hair loss (which is generally a natural process for women in position) are simply ridiculous. Such “side effects” accompany women preparing for motherhood at any age. That at 50 years, that at 18, pregnancy can occur with complications.

Some doctors believe that after 35, and even more so after 45 or 50, it is more difficult for a woman to become pregnant and give birth – the reproductive system is aging: the eggs, unlike sperm, are unable to renew, the ovarian function is inhibited, the uterus becomes less susceptible to hormones, the menstrual cycle, ovulation does not occur regularly. However, if everything was really so sad, then there would be no such statistics: over the past 5 years, the number of cases of giving birth to women 40-50 years old has doubled. More on childbirth after 40 years →

When, as some doctors have late labor, they cause skepticism, others, not only do not see anything terrible in this, but they also think that labor at this age is useful.

So, for example, Galina Fillipova (Rector of the Institute of Perinatal Psychology) believes that childbirth in adulthood gives parents an additional 15 years of life, prolonging their psychological youth, as they gain a purpose in life – to raise, and then put their child on their feet.

Returning to health, it is worth noting that, despite sound arguments about the accumulated problems, the body mobilizes during pregnancy, all systems begin to work with a vengeance, thereby compensating for their weaknesses. In addition to recovery during pregnancy and after childbirth, rejuvenation occurs due to the same hormonal changes. The placenta, which is formed by the second month of pregnancy, begins to produce a large number of hormones: estrogen, progesterone, cortisol, placental lactogen (similar to growth hormone) and others. Hormones have a wonderful effect: cortisol, helps a pregnant woman to be calmer, less nervous, adapt faster to everything new ^; estrogen removes excess water from the body, relieves swelling ^; progesterone improves metabolism, which has a beneficial effect on the condition of the skin, hair, nails and joints, generally strengthens the immune system. A lady in 50 will look 15 years younger!

Mom is young again, but not stupid

Such a pun can be composed by describing mom after 40-45 years. It is believed that pregnancy adversely affects the female brain, they say that a woman is getting stupid, becoming forgetful, a conversation can only support childbirth and parenting.

In fact, this is not so. Yes, during pregnancy, hormones can make a woman more emotional. But such behavioral bursts do not affect thinking. On the contrary, according to scientists from the USA, late pregnancy and late birth push the female brain to development. A pregnant woman thinks much more intuitively, sees problems more broadly, in connection with the development of creative thinking, often her solutions have a non-standard approach.

Often after childbirth, a woman develops postpartum depression. However, this has nothing to do with age, since the occurrence of a depressed state after childbirth is associated with a predisposition: frequent depression of a woman (and it doesn’t matter if she is 45 or 25), stress during pregnancy, pronounced PMS. After birth, such a reaction manifests itself in every 10, and it is caused primarily by physiological and hormonal changes in the body, fatigue and a dramatically changed lifestyle with the advent of the baby.

Psychologists believe that such a reaction of the psyche after childbirth is associated with the unreadiness of the young mother to motherhood, incomplete acceptance of the child. In this case, mature women after 40-45 years old have even advantages: pregnancy, as a rule, is consciously approached by the age, the child is always welcome ^; to all issues related to childbirth, raising a child, such mothers are much more responsible.

Doctors say: it is ideal that the first birth is between 20 and 25 years old, and the psychological age comes just closer to 40. Many young girls give birth to a child, even being children themselves (in a figurative sense) – as it should be. And women after 40, 45, and even closer to 50 are a priori psychologically ready for raising a child.
In general, late birth even wins from this point of view.

However, it is wrong to say that childbirth in 20 and 50 is exactly the same. This is not true. Pregnancy and childbirth in adulthood, of course, are associated with certain risks, which include:

That there were no problems…

In order for the pregnancy to proceed safely, and the birth is successful at any age, it is necessary to be observed by doctors, as well as conduct timely necessary examinations.

For the timely determination of intrauterine malformations, it is necessary to conduct the following studies:

Sometimes the triple test results are not enough, or the test showed a positive result. Then a pregnant woman can be prescribed amniocentesis, or amniotic fluid analysis and cordocentesis, or a fetal blood test taken from the placenta. Such studies are quite dangerous, but if you suspect that the child has Down syndrome, the risk is justified.
Of course, deliveries at 40, 45 or 50 years impose additional obligations on women: in no case should one evade medical visits!

Late children, what are they?

Late parents are much calmer, more responsible and wiser in raising their children – this is not discussed, but skeptics even find disadvantages in this!

For example, pediatrician Barry Walters believes that giving birth to a child after 40 is nothing more than female egoism. His arguments are, let’s say, interesting: they say that if a lady gives birth at 40, 45 or 50 years, then she dooms her baby in advance to take care of her sick aging mother.

But scientists from University College and Birkbeck College, that in London, during research, found that children – the fruits of late birth are much smarter, more savvy than their peers, they are less likely to get sick (as opposed to the words of a world-famous pediatrician), they adapt and socialize more easily. The most talented among the subjects were also among the children born to mothers after 40 years.

Scientists attribute this to the fact that mothers after 40 are much better prepared for their role: they are calmer, more balanced, less impulsive, but more attentive to their children, they deal with them a lot and give themselves completely to caring for them.

Of course, give birth! And at 40, and at 45, and at least 50 years old, if a woman is healthy or at least relatively healthy, and takes care of herself, feels the strength and vitality in herself, and also has a great desire to give life, educate and put on her feet a new man, then in late birth there is nothing to worry about!

To late labor passed without complications you need: 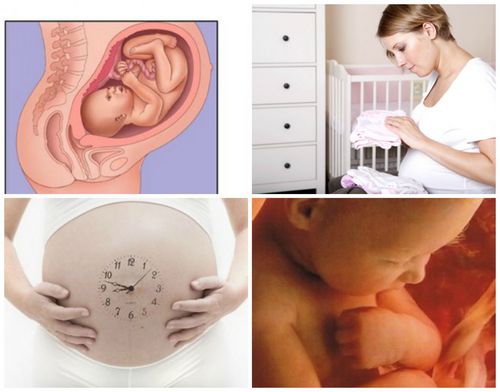 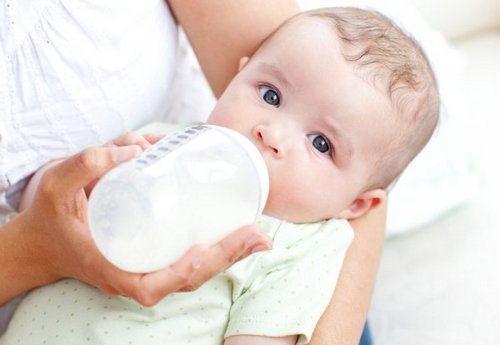 Lactase and preparations containing this enzyme