Until the moment when disposable diapers appeared, there was no alternative for young mothers and in their minds – in any house where they were preparing for the birth of a newborn, they made gauze diapers with their own hands. They were considered essential for infants, especially in the first months of his life.

And today, grandmothers insistently invites their daughters to abandon synthetic disposable diapers and recall natural reusable diapers that are 100% safe for the health of the child, especially boys. The topic of disposable gauze diapers and diapers, as well as questions about their advantages and disadvantages, will continue to cause controversy and will be discussed in our society.

To find out which is better, it is necessary to consider the positive and negative sides of these types of diapers and compare them with each other. So, which is better – gauze diapers or ready-made diapers? The only right decision is not to go to extremes and use what is convenient, doing it right, carefully observing the hygiene of the child. If it is possible to constantly purchase diapers, if a young mother feels tired after giving birth and it is difficult for her to cope with endless washing and a constant change of reusable diapers – why should she refuse one-time ones?

You can combine disposable and reusable diapers with each other. The main thing is to choose what really seems safe and convenient, because a confident and calm mother will grow up a healthy and calm baby.

Pros and cons of gauze diapers

Do-it-yourself gauze diapers have strengths and weaknesses that we have already written about. But consider them in more detail. So, the main advantages:

The disadvantages of gauze diapers for newborns include:

Depending on the age of the child, the size of the gauze diapers for newborns varies.

So, the length and width of the gauze should be as follows:

The proposed sizes of diapers from gauze can be modified individually depending on the physique of the child, including the size of the gauze diaper for the newborn.

How to sew diapers from gauze for newborns? To make diapers from gauze with your own hands, you will need, of course, gauze. You can buy it at any pharmacy. Unfortunately, these days the quality of this material has deteriorated compared to what our parents purchased. The former gauze was denser and kept in shape after numerous washings. Now such material cannot be found, so many young mothers are interested in how to make a diaper from a diaper, using old bedding for this.

So, how to fold a diaper out of gauze with your own hands? There are three techniques for rolling up gauze, and stitching the product is not necessary. The main thing is to choose the size for the diaper from gauze.

The first technique – the scarf

A piece of gauze 90/180 cm is folded twice horizontally, then again twice, but already diagonally. It should be a kind of scarf on which the child fits. The lower end of the gauze rises between the legs, and the lateral edges are snapped onto each other. It turns out a “belt” that can be tucked in or tied up.

A piece of 60/100 cm gauze needs to be rolled along several times. You should get a 20/60 cm rectangle. One edge of the rectangle needs to be put under the back of the girl or in front of the boy. The second edge is passed between the legs of the baby. The resulting diaper is fixed with a diaper or belt.

The third technique is Hungarian

Sections of gauze 60/60 or 90/90 are taken by the upper edge and doubled, then by the right edge and doubled again. You should get a square where you need to unscrew the upper corner so that the scarf comes out. After this, the gauze is turned upside down, its free corner is folded several times. The result is a compacted middle on which to put the child. The lower end of the diaper is threaded between the legs, the lateral parts overlap each other and are filled with a belt.

How to wash gauze diapers?

Having learned about how to make diapers from gauze for newborns, not all young mothers know how to use gauze diapers. You need to remove them as soon as possible after the child gets dirty or wet them. Gauze diapers on the child should only be dry, otherwise he may have diaper rash. Wash such diapers by hand. First, the contaminated gauze is washed under a stream of water, after which it is immersed in water with diluted baby powder or soap at a temperature of at least 60 degrees. Then you should disinfect the diapers by boiling, dry and iron on both sides.

It is undesirable to wash reusable diapers in the washing machine, they will quickly lose their shape and appearance. The downside of hand washing is the inability to fully wipe away all existing contaminants. Therefore, it is strongly recommended that you stock up on gauze diapers every 2 months to prevent diaper rash.

What diapers to choose? Each young mother solves this issue in her own way. On the one hand, gauze diapers require frequent replacement, washings, besides they are characterized by low absorption and are poorly fixed on the baby’s body, but, on the other hand, they are environmentally friendly and are not able to cause allergies on the skin of a newborn.

If a young mother does not want to spend time daily washing, drying and ironing diapers from gauze, you can offer her a “golden mean”, which many women adhere to: put on a baby’s disposable diaper at night and for walks, and use diapers from gauze for the rest of the time. This combined method causes less concern in young mothers. 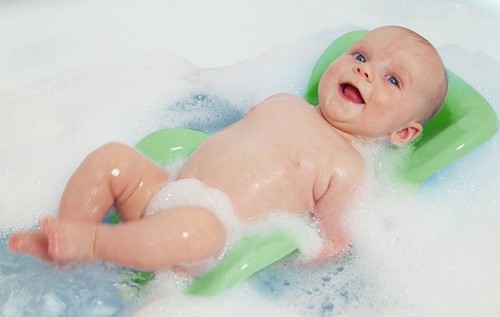 The first bath of the newborn 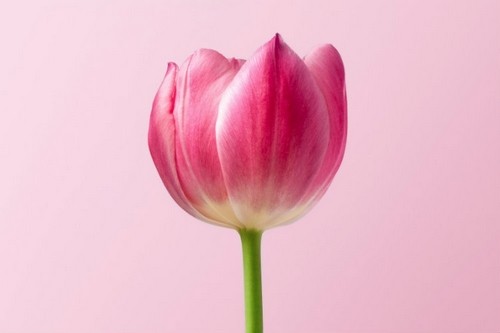 7 questions about ovulation, the answers to which you need to know 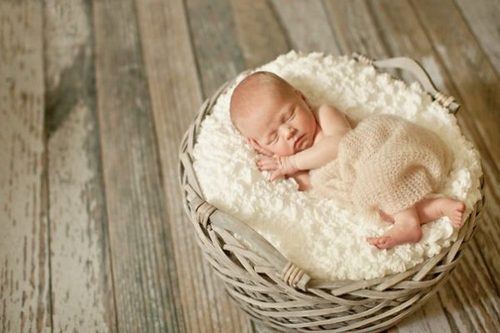