Pain in the urinary organs is always caused by an excessively strong impulses coming into the spinal cord in the parasympathetic nervous branches. They come in norm of the urethral canal, bladder, ureters, kidneys preserved in the sacral and lumbar segments. Thus, there is a coordination of the pelvic organs with the body as a whole.

Pain when urinating, and outside it should be seen as a sign of infringements of a functional or pathological nature. The appearance of a symptom requires the cause, examination in a medical institution.

An attempt to get rid of pain – the main mistake patients. In the future it determines the answer to the question, why is discovered the disease is detected at an advanced stage. Treat the pathology in this form is very difficult.

What are the characteristics of the pain out during diagnostics?

Pain every patient manifest in different ways. They depend not only on individual exposure (pain threshold), but the nature of the pathological disorders of localization.

The mechanism of occurrence is associated with:

If the pain during the urinary tract is localized in the lower back, the left or the right side, you can assume its reflux origin. It is caused by reflux of urine from the bladder into the renal pelvis and hyperextension of the kidneys.

The symptom is more common in children. Accompanied by the crying of the baby when passing urine, complaints in older age. Characterized by the disappearance of the pain after emptying bladder.

Disturbed coordination of muscle contraction of the bladder sometimes causes urination in 2 stages: after the first painful attempts, again there is the urge followed the painless release of small volume of urine.

At the same time intense back pain, fever and dysuric symptoms indicate pyelonephritis

Pain due to injury of the ureter salt stones are usually cause a sharp reflex spasm, occur in the form of renal colic. Sharp intense pain accompanied by the urge to urinate, radiating to the lower back, down the left or right half of the abdomen in the groin, genitals, sacrum.

Painful urination in men is accompanied by radiating to the glans penis, in the testicles, the scrotum. Women feel during an acute attack expressed pain in the groin, outer labia, perineum.

Pathology of urinary bladder accompanied by constant pain or has a connection with the act of urination (occurs before, during or at the end). The presence of stones tells the gain from movements and ending in a calm state. The spread of naklonnoi area perhaps in the groin, the rectum, and in men pain when urinating give into the penis.

The most frequent pathologies of the bladder is inflammation (cystitis). Patients simultaneously feel the urge to urinate (complaining that “always want to write”). For a cancerous tumor more typical of the intense pain.

The defeat of the urethra associated with:

For pathology of the urethra typical connection with the start or end urine. Chronic diseases do not cause strong sensations, more typical burning sensation, tingling.

We should not forget that the pain when urinating in men may be accompanied by:

In childhood, boys may develop phimosis and paraphimosis with involvement of the urethra.

Injuries of the scrotum manifested severe complications on the nearby urinary structures. Therefore, in a survey of male adolescents, special attention is paid the transferred bruises.

Women possible mild soreness after intimate intercourse. They are associated with increased muscle tension in the pelvis, spasm. The same symptom is observed during pregnancy. If, after a few hours, everything comes back to normal, do not worry. Prolonged cramps, frequent urination may not be the norm.

Young women and men for fashion and intimate accessories, a long stimulating sexual arousal, special hygiene products, slimming synthetic underwear. Advertising this product is not suitable for healthy sex. The cases of the clitoris, the glans of the penis leads to swelling that compresses the urethra and the urethral opening.

Partners in pain becomes difficult to make love, but there is an obstacle the conclusion of urine in the urethra, creates favorable conditions for penetration and multiplication of bacteria.

All the factors causing pain during urination can be divided into:

To inflammatory diseases include urethritis, cystitis, pyelonephritis, caused most often:

Tuberculous cystitis often occurs in patients with chronic forms of pulmonary tuberculosis in the spread of infection through hematogenous. The patient on the background of intoxication and manifestation of respiratory failure appears painful, frequent urination.

At the same time inflammation of the urinary and genital organs contribute to:

These agents, getting sexually transmitted from one infected partner to another cause of women, except vulvovaginitis and colpitis, the defeat of the urethral canal, and through it fall by ascending into the bladder.

Urethritis in men occurs less frequently due to longer channel, but the dysuria may cause impotence.

Signs of inflammation are:

If urethritis in men appear:

Urolithiasis begins long before the typical attacks of renal colic. Of salt in the urine detected even in children improper metabolism. In adulthood, formed the rocky structures, which in its motion hurt the mucous membranes of the urinary tract, irritating pain receptors, delays the outflow of urine.

A definite clinical feature is the acute attack of pain radiating to the left or right side, groin, lower back. Urination painful and difficult. After an attack in the urine appear red blood cells. Colic often follows inflammation of the bladder.

The source of the inflammation can be the ovaries in women. Appendages suffer with chronic adnexitis. The location of the internal reproductive organs near the bladder creates the possibility of transferring infection with the lymph or blood. For men, in addition to the nearby prostate, inflammation in the urethra and bladder can cause such a distant hearth, as sinusitis, carious teeth.

Symptoms of prostatitis are:

When the neoplastic nature of the pain not just limited to dysuria, but he suffers constantly. Occur more frequently in elderly men.

To identify the cause dysuric manifestations the patient may need to take more tests.

In the urine indicate inflammation:

In the analysis of blood specific indicators for inflammation of the urinary tract is not.

But in the overall picture taking into account such common features as:

Because of the need to exclude urogenital infections and sexually transmitted diseases patients need to take swabs from the vagina (women) and urethra (men). Ultrasound of the kidneys and bladder allows us to detect anomalies of the kidneys, ureters, violation location, shape, characteristics of stones, tumors.

How to treat painful urination?

For the treatment of painful urination is necessary to know its cause. Because most often it is caused by the inflammatory process, its appointment, the doctor starts with the regime and diet. Recommended home polupostelny regime, limitation of physical activity. At least twice a day is necessary to carry out the external cleaning with a warm solution of decoction of chamomile, weak potassium permanganate, furatsilina.

In the diet should reject all foods that irritate the urinary ways.

Drinking regime need to discuss with your doctor. Often recommended for effective flushing of the bladder to drink up to 2 liters of fluid per day. But there may be limits depending on the General condition of the patient.

Treatment of inflammation will require selection antibiotics. Using drugs of wide spectrum of action or prescribed medication after the analysis with the identification of the specific pathogen by means of bacterial seeding. At the same time examines the sensitivity of microorganisms to antibiotics.

To relieve pain antispasmodics are recommended. They relieve the swelling of tissues, spastic contraction of the muscles.
In identifying the high content of salts required diet depending on their species.

Men are local procedures in the form of flushing the urinary tract disinfectants with the introduction of antibacterial agents into the bladder. Identification of urogenital and sexually transmitted infection requires a mandatory treatment of the venereal diseases both partners. Procrastinating and hiding from each other only aggravates the disease. At the time of acute pain is imperative to sexual abstinence.Not to suffer you need to go to the toilet every 2-3 hours

How to prevent the recurrence of the pain?

After the first course of treatment should abide by the rules, helping to avoid transition into a chronic disease.

These include the following tips:

Given the diversity of such a symptom like painful urination, the examination should be held in full. Trusting treatment to experts. 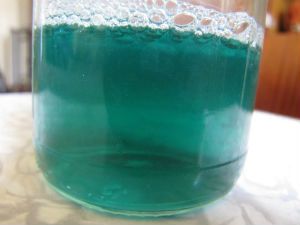 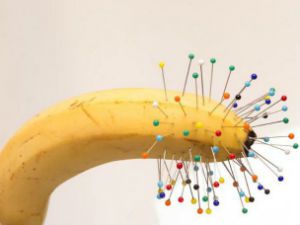 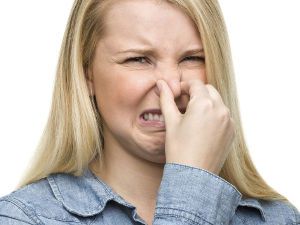 Urine with a strange smell