Toothache always significantly reduces the quality of human life. The pain can be mild and unbearable, constant and occur periodically, aching, pulling, shooting and throbbing. To understand why teeth hurt, you should determine all of the possible causes of this condition.

Pain can be due to pathologies associated with the teeth themselves, and can occur due to lesions of other structures of the body (e.g., bone, or nerve fibres).

Tooth decay is the first stage

Caries is the disease which provokes tooth pain more often, and is a process of demineralization of dental hard tissues and their subsequent destruction. This pathology is most common among adults. According to who, caries is suffering from 80 to 98% of the population all over the world.

The reasons that could lead to the development of the disease, the following:

The intensity of the dental pain depends on how deep the decay has struck the tooth tissue. So, a superficial caries pain does not occur the first subjective sensations appear in the middle and deep caries.

Most often, sharp pain occurs in humans in contact with the damaged surface of the tooth material cold, sour or sweet food. That is a provoking factor becomes mechanical, thermal or chemical influences. When this factor is eliminated, the pain subsides. The appearance of spontaneous pain in the carious process is not observed, if we are talking about a superficial and middle caries. When a cavity reaches the pulp, pain can start to bother the person on a regular basis, amplifying the night. Than the neglect of the process, the longer time would be painful after any impact.

Pulpitis – the second stage of caries

Pulpitis is an inflammation of the soft tissues, which are vascular-nervous formations of a tooth. Cause the development of pulpitis become pathogenic micro-organisms, mostly staphylococci and streptococci.

Pulpitis always accompanied by severe toothache that disturbs people’s rest, and when exposed to the tooth of the stimuli. Especially tooth is sensitive to thermal shock. To pulpitis characterized by pain, aggravated at night.

The untreated pulpitis leads the carious process, or poorly sealed teeth. In such favorable conditions, bacteria multiply, and the results of their vital activity cause the development of pulpitis.

There are several types of pulpitis, for which a common symptom is the lifelong or recurring tooth pain:

It is also possible for painless pathology, which is often characteristic of chronic forms of pulpitis. However, during the acute sufferer will experience severe pain. In addition, untreated pulpitis in danger of pulp necrosis, as well as the development of periodontitis.

Periodontitis – the third stage of caries

Periodontitis is an inflammation of the connective tissue, which is called the “periodontium”. This tissue surrounds the tooth root, clasping it near the top. The periodontium is a lot of nerve endings, lymphatic and blood vessels, thanks to them provide food to the tooth. The periodontal performs several important functions and assumes the load during chewing food, distributing it uniformly over the jaw.

Inflammation of the periodontium always is accompanied by severe pain that has a tendency to increase even by a slight touch. Often the patient is not only swollen gums, but and cheeks, and increased body temperature.

The acute phase of periodontitis is expressed in the following symptoms:

If necessary treatment is not available, the acute periodontitis progresses, causing the following symptoms:

Inflammation may continue for several days. If pus comes out, the severity of clinical signs decreases. Sometimes, acute periodontitis becomes chronic. This is a severe disease, which is able to change the position of the teeth, increasing their mobility. The gums start to bleed at any time can develop an abscess.

Complications of chronic inflammation of the periodontium to be the next condition that can cause severe pain:

Sometimes tooth pain may occur because of difficulty eruption of wisdom teeth. Pericoronitis happens when the clogging with food particles mucous lining penetrate the crown of the wisdom tooth. Upon decomposition of the food remnants develops inflammation that is accompanied by pain and swelling.

The pericoronitis may be complicated by suppuration, resulting in the following symptoms:

Tooth pain can arise due to tooth sensitivity. This happens when exposed to different stimuli.

Hypersensitivity can be triggered by the following reasons:

To establish the true cause of sensitive teeth is only possible dentist’s office.

If the tooth enamel has no damage, as a rule, it is insensitive to any stimuli. Tooth pain while taking hot or cold food may occur because of cracking. Cracks can occur due to external influences, for example, when the alternate admission of hot and cold food, in the injury of a tooth as a result of mechanical impact on him.

The deeper the crack in the tooth, so it is more noticeable. The pain that it provokes, at times indistinguishable from the pains caused by tooth decay. The cracks of the tooth enamel without attention should not, they must be examined by a dentist and subjected to appropriate therapy.

Trauma to the teeth

Tooth pain is always accompanied by injury of the jaw.

Injuries can be of the following nature:

Dentists say that the sooner the patient seeks dental care after the injury of the tooth, the higher the chance to save it.

Dental pain caused by other diseases

It is known that not always the tooth pain is triggered by dental disease.

It is possible that the pathological influence has been adjacent to the tooth tissues and organs:

Why toothache after removal of the nerve?

The tooth after removal of the nerve can hurt for several reasons:

If the tooth after it was removed the nerve, it hurts for weeks or more, this clearly indicates that repeated visits to the doctor is essential.

Why toothache after fillings?

The reasons that lead to tooth pain after filling can be the following:

If the pain after fillings persist for three days or more, then you need to re-apply for dental care.

Why a sore tooth when pressure is applied?

The tooth is pressing on it can hurt for the following reasons:

It is possible that when pressed will cause pain even in healthy at first glance of the tooth. To determine what the cause of this condition, it can only be the dentist.

Why sweet my teeth hurt?

By eating sugary foods teeth can start to react with pain.

This occurs for the following reasons:

What should I do if my teeth hurt?

What to do if my teeth hurt, can only tell a dentist after a thorough diagnosis and identifying the cause of pain. If immediately consult a specialist is not possible, then you can take pills for a toothache. Means acute pain syndrome are: Ketorol, Ketofen, Analgin, Baralgin, Ketanov, Nise, etc. it Is understood that no single drug to treat tooth not, they are all aimed at relief of pain and some medicines can help to relieve inflammation.

But to cure a tooth can only be a dentist:

So, the conclusion can be only one – if a toothache, it is necessary to consult a dentist. 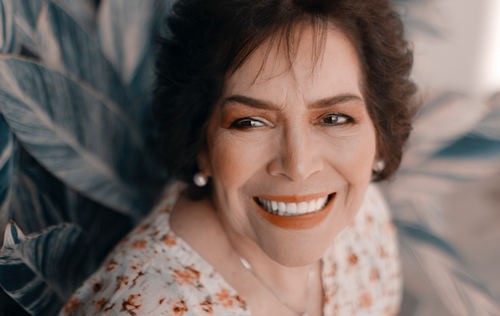 Ceramic veneers give the tooth a natural look 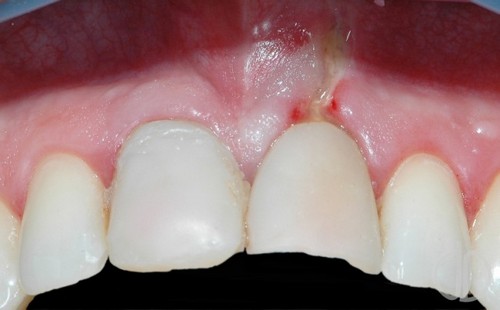 Perforation of the tooth 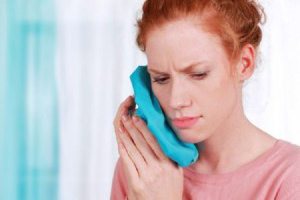 Tooth extraction how much it hurts the gums, how to remove swelling

57 thoughts on “My teeth hurt what to do”