A young mother-of-two has been unable to urinate since the birth of her daughter five years ago.

Rachel Ingram, 26, from Ashford, Kent, was induced five days before her due date, with daughter Isla, now five, having to be pulled out in an emergency delivery.

Ms Ingram then began developing recurrent urine infections, as well as crippling abdominal pain, which lead to her screaming in agony for two hours while trying to go to the toilet.

Although her symptoms were initially dismissed as a urine infection, Ms Ingram was diagnosed with Fowler’s Syndrome, which affects women, when doctors discovered two litres of fluid in her bladder.

Ms Ingram, whose condition caused her to develop sepsis twice in the past 18 months, has passed out from the pain and is forced to take 230 tablets a week to manage her discomfort.

Forced to quit her job, she relies on her husband to take care of her and has to urinate through a tube in her abdomen.

Ms Ingram is speaking out to raise awareness of the Fowler’s Syndrome.

WHAT IS FOWLER’S SYNDROME?

The abnormality lies in the urethral sphincter (the muscle that keeps you continent). The problem is caused by the sphincter’s failure to relax to allow urine to be passed normally.

There is no neurological disorder associated with the condition. Up to half the women have associated polycystic ovaries. Currently the treatments for Fowler’s syndrome are being researched and developed, including that of sacral nerve stimulation.

Passed out from the pain

Since having emergency surgery to remove the urine in her bladder, Ms Ingram, who was previously healthy, has endured recurrent urinary tract infections (UTIs) and bladder spasms. In an attempt to make her bladder function again, Ms Ingram had a ‘pacemaker’ fitted at the base of her spine.

Bladder pacemakers send electrical signals down nerve pathways that run from the brain to the nerves in the lower back that control the bladder. Yet, this procedure was unsuccessful and caused nerve damage in her legs, resulting in her relying on a crutch to get about.

Ms Ingram, who has lost consciousness due to the pain of passing kidney stones associated with Fowler’s, also has to take an antibiotic every day to prevent UTIs.

Told her husband to leave

Ms Ingram’s condition has had a huge effect on her marriage, with her husband being forced to work just part time while he runs the house.

She told The Mirror: ‘I’ve told him to leave me countless times because he’d be better off with someone else.

‘But he says he’s not leaving and he’s still here because he wants to be with me.’

Ms Ingram is awaiting Mitrofanoff surgery, which creates a channel into the bladder through which a catheter can be inserted to empty it of urine. She has been told she may have to wait 12 months for surgery on the NHS or pay £20,000 to have the operation privately.

Ms Ingram, who is also mother to son Harvey, seven, said: ‘People have suggested fundraising for this but I know so many people with Fowler’s who desperately need the operation too, why should my need be greater than theirs?’

Spends most of her day in bed

Despite her ordeal, Ms Ingram tries to stay positive by making pretty covers for her catheter bags and connecting with other Fowler’s sufferers via a Facebook support group.

Forced to spend most of her days lying on the sofa or in bed, Ms Ingram claims the group has helped when she has felt at her lowest. Ms Ingram is now keen to raise awareness of Fowler’s among healthcare professionals, claiming doctors and paramedics are often unaware of the condition, which delays her treatment. Despite her ordeal, she is determined to stay positive with the support of other sufferers. Ms Ingram relies on her husband to care for her and ensure the house runs smoothly

She has told him to leave her multiple times but he refuses to walk out on his wife and children. Ms Ingram urinates through a tube in her abdomen, which collects in a catheter bag 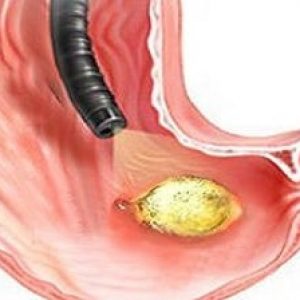 Perforation of the stomach: symptoms, treatment, consequences and predictions 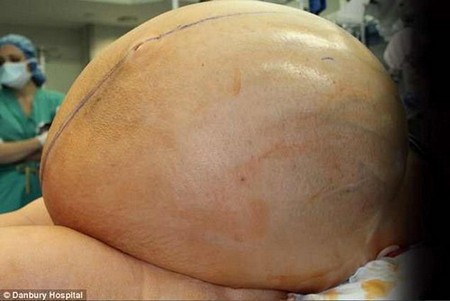 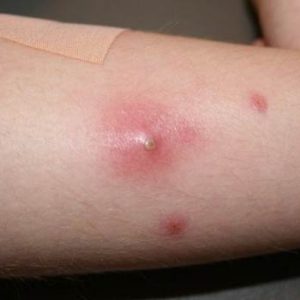 Abscess of the soft tissues of the extremities: the symptoms and treatment