According to statistics, almost every second woman is faced with cystitis. Remembering the suffering that the attack caused, they await in horror its repetition. But if you strictly follow the treatment protocol and the doctor’s recommendations, you can forget about all the troubles forever.

Cystitis is an inflammation of the bladder. In women, it occurs when an infection enters the urethra. Ladies are sick more often than men, because their urethra is much shorter (in men it is at least 15 cm long) and it is easier for bacteria to get to the mucous membrane of the bladder.

And although the female body also has protective mechanisms, they can weaken due to hypothermia, infection, or hormonal changes (for example, during pregnancy). Of the bacteria, cystitis is most often caused by Escherichia coli, fecal enterococcus, staphylococcus and streptococcus. Fungi, viruses and microorganisms such as spirochete, gardnerella, mycoplasma are sometimes the causative agents.

It is impossible not to notice acute cystitis, since it proceeds violently, with many pronounced symptoms that greatly complicate life. These include primarily frequent and very painful urination and false urge. Normally, an adult urinates no more than 8 times a day, and sleeps peacefully at night. With cystitis, minor need to cope up to 30 or more times, including at night. In this case, almost always the urine becomes darker, a precipitate appears in it, and the smell changes and becomes sharp. All these symptoms indicate the onset of acute inflammation, which requires urgent medical attention.

Cystitis is dangerous complications. Acute can lead to pyelonephritis (inflammation of the pelvis and renal tissue), chronic – to chronic pyelonephritis and persistent pain in the bladder. To make a diagnosis of acute cystitis, it is enough for the doctor to listen to a description of the symptoms. To quickly relieve pain, a universal antibiotic is used, and the next morning the woman wakes up healthy. But with this approach, only the symptoms of the disease disappear after treatment, while the causes remain undetected. This means that the attack can be repeated at any moment, so stopping at this is not worth it. To identify the culprit of inflammation, first you need to conduct a bacteriological examination of urine.

Given that this analysis reveals only part of the pathogens, additional examinations are sometimes required. If the results are not informative, you will have to visit a gynecologist. This is also worth doing because acute cystitis often becomes chronic (such a diagnosis is made, if 2-3 exacerbations occurred during the year) in the presence of gynecological diseases (for example, vaginal dysbiosis), hormonal disruptions and urogenital infections, including sexually transmitted infections. The bacteriological analysis of the vaginal contents (vaginal smear) and the study of urogenital infections by PCR will help clarify the picture.

In acute cystitis, it is recommended to spend several days at home, in bed, drink as much as possible (2−2.5 liters of fluid per day) and follow a diet. You have to give up sharp, salty, sour, spicy products.

If blood is detected in the urine, another study is definitely prescribed – cystoscopy, since this symptom can also indicate other serious diseases (erosion of the mucous membrane of the bladder, tumors in the kidneys and urinary system).

Treatment, as a rule, consists in taking antibiotics, prebiotics (to restore the normal intestinal flora and, accordingly, the vagina) and herbal preparations. With hormonal disorders, vitamins and hormone therapy may be required. 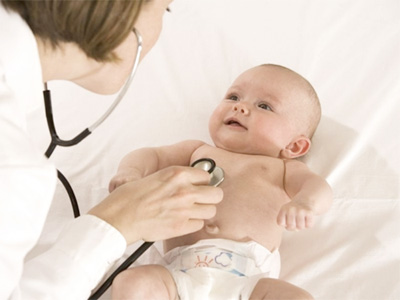 What does the pediatrician treat?

What does a urologist treat? 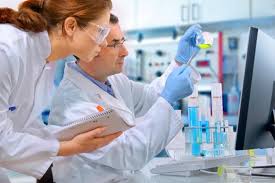 What does the infectious disease specialist treat?