His grandparents are in their 60s, and they are playing the role as his parents.

“We’ve lost being a grandparent. You know because we have to step up and be the parent role,” said his adoptive grandmother Gina Errington. Gina and Robert Errington adopted Dylan after she says his parents got into drugs. Her son is still in prison.

“Not much happening lately,” he told CBS4’s Alan Gionet. He does flips on the trampoline and sits in the swing. In the months since COVID-19 became a threat, it’s been an extra worry in his household.

Being a grandparent has been hard, but the coronavirus has made things a lot harder. Gina, who is retired has an autoimmune disease called Hashimoto’s disease. But Robert’s health is even worse.

He survived a heart attack, has diabetes, kidney disease and gastroparesis. This day, he had just come from a visit to a wound care doctor for a leg injury that had not healed. He’s on disability.

“About a month ago he was in the hospital because he had fluid around his lungs and his heart. So that was scary going into the hospital.”

COVID-19 is a very real threat to their health. So they are worried about Dylan going back to school.

“It’s the unknown. I’m mean you just don’t know and it it’s ramping back up,” said Robert, “It’s a little scary.”

But he wants Dylan to go.

“I think it’s good for him to be at the school. He does have dyslexia and dysgraphia.”

The latter is trouble with putting thoughts to paper. Dylan was doing his schoolwork in his room at home. The school offered some help, with a visit from a special education teacher at times, online. But they feel it likely hurt his learning.

“I think there’s a good chance that he could have, yes,” said Gina.

“They’re able to help him whenever he’s struggling,” explained Robert. “He can just go see them.”

But they do worry what Dylan might bring home.

He credited Dylan’s elementary school and worried about the teachers and administrators.

“I know, especially at Fox Creek, they have the kids at heart. And that’s number one.”

Gina said she had listened to a school board meeting and understood they were trying to do the best. They have faith in the people in charge. They hope other families realize the importance.

She watched earlier in the day as some kids played together at the high school nearby.

“They were a basketball team or someone was standing there you know, like this the whole kids and you’re like, ‘you’re not supposed to be doing that.’ School’s not even started why are they doing that?”

In spite of admitting to fear, they believe Dylan should go back.

Hopefully all the other parents out there will do the same thing. 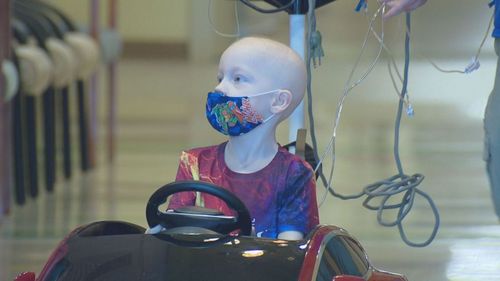 Tummy Ache Turns Out To Be Cancer, ER Visit During Pandemic Was Critical Decision 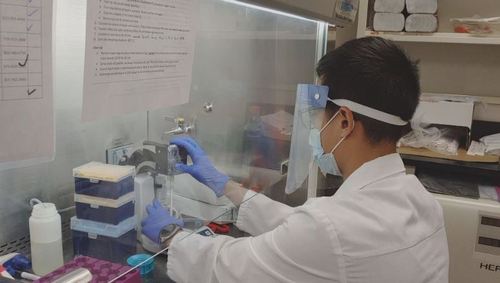 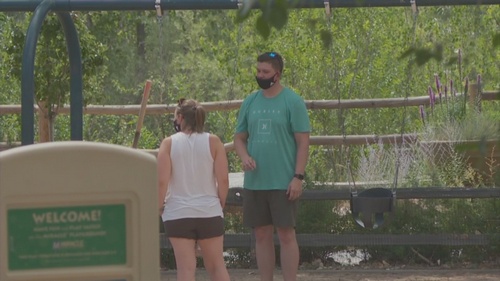