The state, which is accompanied by a high concentration of prolactin is called hyperprolactinemia and can be diagnosed in persons, male and female. Prolactin is a hormone that is synthesized in the pituitary, or rather its anterior lobe (anterior pituitary).

The pituitary gland refers to glands of internal secretion, is located in the brain and is located in the “Turkish saddle” (a depression in the skull). Except prolactin the anterior pituitary to synthesize FSH and LH hormones that affect menstrual and reproductive function of the female body.

The value of prolactin in the female body

In the female body this hormone plays a major role in reproductive and menstrual functions in the body and is found in three fractions: the Monomeric, dimeric prolactin and three-dimensional. The highest activity is Monomeric prolactin, the concentration of which reaches 80% in comparison with the other fractions. Synonyms of prolactin are mammotropin or lactotropic hormone (LTG).

The leading function of mammotropin in the female body: Standard units are LTG mu/l, but some laboratories the content of the hormone is measured in ng/ml.

Elevated prolactin levels (greater than 1000 but less than 2000 mu/l) requires monitoring and three-time blood analysis of the hormone. If the content of mammotropin is 2000 mu/l or more, it is necessary to conduct MRI and CT of the brain to exclude pituitary tumors.

Increase lactotropic hormone in women can cause a lot of reasons, which are divided into three groups:

Hyperprolactinemia may be asymptomatic and diagnosed accidentally during examination for hormones other diseases or may be accompanied by a specific clinical picture, which includes reproductive, menstrual, sexual and metabolic functions, and the emotional-mental disorders. The high content of LTG in women is accompanied by the following symptoms:

Elevated prolactin in the body accompanied by a significant loss of hair on the head, and in advanced cases of baldness that is associated with an imbalance of male and female sexual hormones and eating disorder of the hair follicles. Also hyperprolactinemia is often a cause of seborrhea.

Diagnosis and treatment of hyperprolactinemia is engaged in the doctor the gynecologist-endocrinologist, which collects history, examines the patient’s complaints, performs General and gynecological examination and appoint an additional examination. Blood tests for prolactin if suspected hyperprolactinemia should be performed at least twice (in the 3rd – 5th and 22nd – 25th days of the cycle).

Preparation for blood donation on LTG:

The content of prolactin is determined in venous blood, which is necessary to take on an empty stomach 2 – 3 hours after waking up (best time 9 am). If blood counts have taken place a forced physical load (uphill or stairs, running or brisk walking), the women need to calm down and sit in front of the office 20 minutes.

Also it is necessary to consult an ophthalmologist (examination of the fundus, visual elds), endocrinologist (hormonal imbalances), according to the testimony of a nephrologist, pulmonologist and gastroenterologist.

The choice of treatment is determined by the cause of hyperprolactinemia, the clinical manifestations of the desire of the patient to get pregnant.

In 70% of cases when the increase of prolactin 40 ng/ml, normal levels of hormone achieved by drug-free methods

To medical correction used in the case of long-existing hyperprolactinemia caused by pituitary tumors, which is accompanied by violation of the cycle and other symptoms. Assigned to medications – dopamine agonists (inhibit the secretion of LTG in the pituitary gland): bromocriptine, cabergoline, hinagolid and others. Treatment with these preparations is long, the minimum is 6 months. Patients planning a pregnancy, consider taking bromocriptine due to less toxic effect of the drug on the body. Hinagolid and cabergoline are dopamine agonists second and third generations, adverse reactions to drugs often develop due to their prolonged action.

In the case of pituitary tumors and the lack of effect of medication correction the issue of surgical intervention. Mandatory indications for surgical treatment are persistent loss of vision and tumor growth. In preoperative period patients prescribed reception dofaminomimetikov in large doses to reduce the size of the formation. Access to the pituitary region is carried out through the sinuses.

The effect of surgical treatment is assessed:

In the presence of contraindications to the operation is assigned to radiation therapy, although the probability of normalization of prolactin concentration is quite low and does not exceed 37%. Patients with hyperprolactinemia are placed on the dispensary registration and regularly observed by a gynecologist, endocrinologist and mammalogy. 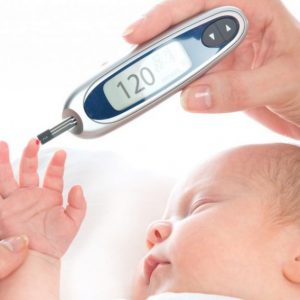 Herbs for diabetes to reduce sugar 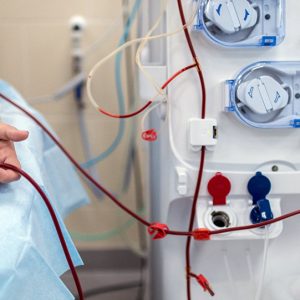 Protein in urine diabetes: causes of and treatments

One thought on “Increased prolactin in women: symptoms, causes and treatment”