Breast-implant-associated anaplastic large cell lymphoma (BIA-ALCL) is not breast cancer but a form of non-Hodgkin’s lymphoma, a cancer of the immune system.

Hundreds of British women who have had breast-enhancement surgery are at risk a deadly form of cancer triggered by their implants, say scientists.

New data suggests that the disease is far more common than first thought. It was once believed that fewer than one in 100,000 breast-implant patients were affected, but the true figure could be one in 3,000 with the riskiest implants, according to findings announced last week.

It is seen only in women with certain types of textured implants – prostheses with a rough surface, used in 99 per cent of British breast augmentations. The disease develops on average seven years post-surgery. However, patients have been diagnosed anywhere from two to 28 years after the initial operation.

Although it is curable if caught early, if it is not spotted and is left untreated, the disease can spread throughout the body.

Dr Mark Clemens, of the University of Texas MD Anderson Cancer Center, said: ‘Deaths are rare, but they do occur. Think of BIA-ALCL as like a matchstick. It’s easy to snuff out when it’s still a match. But it can also burn down a house.’

The surgeon at the forefront of studying BIA-ALCL, Professor Anand Deva, claimed his team has seen a 50 per cent increase in cases over the past year alone. Prof Deva, of the Australian School of Advanced Medicine, said: ‘We need to be very aware of this disease as we are going to see more of it.’

The latest findings were revealed at The Aesthetic Meeting 2018 in New York, the annual conference held by the American Society for Aesthetic Plastic Surgery.

There are 529 recorded cases of BIA-ALCL worldwide and there have been 16 deaths, say surgeons.

In the UK, the Medicines and Healthcare Regulatory Agency is tracking cases and has had reports of 33 women with BIA-ALCL. There has been one confirmed death.

‘If I’d known… I’d never have had my implants’

‘I wasn’t happy with my breasts, having fed two children,’ she says. ‘I didn’t want to be bigger, just fuller. And I was happy with the result.’

Nadine began having problems in October last year. ‘My left breast started to feel sore. In the shower I noticed it was swollen – over a few days it seemed to become almost double the size of the other.’ In December a biopsy confirmed BIA-ALCL. ‘I couldn’t stop crying,’ says Nadine. ‘I just thought that was it, I was going to die.’ Professor Deva removed the implants, scar tissue and fluid – and told her the disease had been caught at the earliest stage.

Nadine, from Lithgow, Australia, says: ‘I had smooth implants put in three months later as Prof Deva told me this was safe.

‘I’ve been reassured the cancer won’t come back but it plays on my mind. If I’d known the risks, I’d never have had a boob job in the first place.’

But this figure could be ‘the tip of the iceberg’, said Prof Deva. ‘In Australia there is a co-operation between surgeons and the bodies tracking the disease so we are picking up cases. In other countries like the UK, there have been lower numbers. If you don’t go looking for the disease, you might think there is no problem, but that’s a head-in-the-sand approach.’

Women with BIA-ALCL first notice swelling, pain and asymmetry in the breast caused by a build- up of cancerous fluid. This mostly happens eight to ten years after the initial surgery. However, it may be mistaken for a more common complication known as late seroma that causes almost identical problems – a build-up of benign fluid that is simply treated by removing it and giving antibiotics. Late seroma is seen in one per cent of all breast-implant patients. The latest studies suggest that one in ten of them actually have BIA-ALCL.

It is thought that 50,000 British women have breast-implant surgery each year, including those who have reconstructive surgery after breast cancer.

The disease is seen only in women who have been given textured implants – rough-surfaced prostheses that are designed to adhere to the body’s tissues. The textured surface stops the implant from moving or rotating, and these are the implant of choice when it comes to breast reconstruction.

There are dozens of types of textured implant. But the rougher the surface, the more ideal a breeding ground it is for the bacteria now generally agreed to be key in triggering the immune-system response that causes the cancer.

Within the past month, two negligence lawsuits have been filed in America against breast-implant makers Allergan and Mentor by US patients suffering from BIA-ALCL. Some doctors are now calling for textured implants to be abandoned altogether. Kansas City-based surgeon Eric Swanson said: ‘To me it’s obvious that textured implants are unsafe.’

However, Prof Deva believes some textured implants are more risky than others, and his team now grades implants depending on the texture of the implant surface.

With implants with the ‘roughest’ surfaces – grades three and four, made either by coating them in a polyurethane foam or by rolling the soft silicone shell in salt which marks the surface – there is approximately a one in 3,000 chance of developing the disease.

Women given smooth implants or those with a finer ‘grain’ textured surface – grades one and two – face a low or no risk.

Almost all implants used in the UK are textured, and polyurethane is commonly used, meaning dozens of women are likely to develop the disease each year.

Early-stage disease can be tackled with surgery alone, but patients may also need chemotherapy and radiotherapy. Leading British breast surgeon Fiona Macneill, of the The Royal Marsden Hospital, London, has treated five women with the disease. She says: ‘Patients present with dramatic swelling of the breast. We have been able to treat them all, and in all cases treatment has been curative.’ 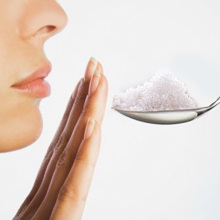 Refusing the most popular seasoning in the world, you can quickly get rid of excess weight 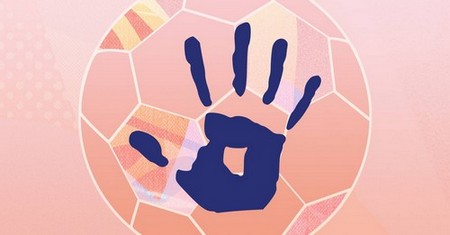 This campaign highlighting the link between England game results