Herbal treatment has reached a new level: it’s not only Agafia’s grandmothers in remote villages, but large medical centers that are engaged in it. Is the method “back to the past” effective in the matter of health really effective, the correspondent of SE learned from specialists.

Fashion for all natural came to us after the Western civilization was disappointed in their own discoveries. Food, cosmetics or medicines-anything that has a prefix “bio-“, “eco-” or is accompanied by the epithet “natural”, is in constant demand and steadily holds the palm of primacy if it comes to safety and benefit to the human body.

During the existence of mankind, the experience of using herbs in acquiring health, indeed, has accumulated considerable. If earlier the reception of a miracle-broth was for the patient almost the only chance to be healed, then today phytotherapy is experiencing a new birth. People, after suffering the “delights” of side effects from synthetic drugs, turned to the experience of traditional medicine as a well-forgotten old.

It is believed – and not without reason – that the herbs act on the body softer than many medications. Phytotherapists say that the effect of the use of herbs appears gradually – as the effect accumulates. Immediate exposure, such as from aspirin tablets at a temperature, is unlikely to be expected. «The main advantage of this method is that the herbs have a multi-faceted effect, work in a complex and soft manner. Therefore, in order to observe the first results, it is necessary to follow the rules of admission, to withstand the course – at least two weeks, irregular, one-time use will not bring any benefit, says the doctor of the phytocenter” Praskovya “Margarita Tsareva. The main and practically unique contraindication for the reception of herbs is, in the opinion of phytotherapeutists, a tendency to allergic reactions.

Meanwhile, it should always be remembered that the herbs do not operate at the expense of the vague concept of “naturalness”, but due to the work of a very specific chemical composition. Which can be dangerous: among medicinal plants, even fairly widely used, there are many poisonous. Even if we omit the item on the bad ecology of our time (after all, it is not known that the roots of the dried grass were absorbed in the pharmacy box), the chemical composition of many herbs is not fully understood. And this means that not all the properties of this or that bush are known to science, therefore, official medicine will not be responsible for its action.

Unfortunately, there is an opinion among the people that phytotherapy is absolutely safe and harmless, and accordingly it can be applied without restrictions and medical control. If, when purchasing a chemically synthesized drug in a pharmacy, many patients treat it at least cautiously, then the same people can take the decoction from the collection of medicinal plants by the advice of a neighbor practically without thinking.

“The herbs include not only the main active substances, but also other components, the safety of which is not always possible to track.

With regard to phytopreparations, there are no studies that for years have tested the quality and safety of products, as in the case of medications. As a result, we periodically deal with the strongest toxic reactions due to uncontrolled intake of such drugs.

For example, hellebore, which some time ago was actively advertised as a means to lose weight. The amount of active substance in natural raw materials can not be estimated accurately, and this is critical for those cases where the dosage is calculated in milligrams. I do not mind drugs that are based on herbs, sold at a pharmacy and passed control. Many active substances are actually obtained from natural raw materials, but only in the approved preparation can we guarantee the exact dosage and predict the effect of the medicine, “commented the therapist, the head of the therapeutic department of the Institute of Therapy of the Siberian Branch of the Russian Academy of Medical Sciences Lyudmila Latyntseva.

In this case, traditional medicine doctors do not deny the use of herbs in regular practice. Some doctors note that they use phytotherapy elements in their practice, but only as an auxiliary technique. “There is no need to oppose traditional and official medicine. Not every disease can be cured by herbs. So, for example, with severe forms of hypertension, acute infectious diseases or oncological diseases without pharmaceuticals can not do. But in almost any case, you can use a properly selected collection to supplement the main treatment, “- considers Margareta Tsareva.

The doctor-phyto-therapeutist of the center “Golden Dragon” Elena Kuznetsova says that they are especially suited to herbal diseases of the genitourinary tract, gastrointestinal tract and nervous system. For children, there are serious limitations in the choice of herbs, and the dosage is regulated even more strictly. This does not negate the proven benefits of many herbal remedies, but it reminds you that not everyone can drink “herbal tea” and not always.

And the most important rule: do not rely on your knowledge from the directory of medicines. Experts on both sides of the barricades are indignant when a person himself appoints a certain herbal preparation, being sure of the effectiveness and irreproachable benefit of his choice. “At us it is considered: that is on sale in a drugstore, it is harmless, therefore self-treatment prosperes. Abroad, for example, all non-drug products are sold in the grocery store, not the pharmacy. Independent selection of a remedy can really remove symptoms, but not eliminate the cause of the disease, as a result, a person gets a chronic illness. For example, when cystitis drink bearberry. But the types of cystitis can be set, and they are treated differently.

A simpler example: a prolonged intake of valerian as a sedative reduces a man’s mental abilities, he really starts to think worse, “says Mrs. Latyntseva.

And the last thing: phytotherapy is not just steaming leaves in a teapot. This is a difficult activity that requires patience, time and effort, and also compliance with the regime (after a certain time, the collection needs to be changed). Brewing tea with raspberry leaflets is one thing, and trying to cure yourself of an old sore is completely different. 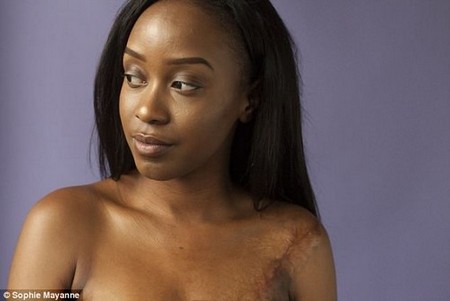