The first step in any cosmetic procedure is cleansing and opening the skin. For this, an exfoliator is applied on the face – a very light superficial peeling with fruit or other AHA-acids. In my case it was a hood from red wine, and the smell was intoxicating. There is an exfoliator on the skin for several minutes – during this time the uppermost keratinized cells dissolve and surface cleansing occurs. After that, ultrasonic cleaning is used, which frees the pores.

At what age do you need to start using the means to restore, rejuvenate? In our minds the opinion was firmly established that the later, the better, as soon as it is worth starting – the skin will stop taking care of itself and instantly begin to age. However, the current state of cosmetology suggests another – since 25 years in the complex of cosmetic procedures, you can enter those programs that are aimed at lifting – lifting and rejuvenating the skin at the molecular level. The correspondent of SE tried it on himself.

I went to the Sante Estetic Center for Beauty and Health. A skin lifting is achieved with the help of Israeli cosmetics Christina, a series of Forever Young (“Forever Young”). The procedure lasts about two hours, the cost of it is calculated from the number of used funds, massage, hardware manipulation. A full complex can be made at a price of 1200 rubles.

When the skin has opened, she is ready to take something delicious, and most importantly – after eating a well-eaten drink. The main dish (the purpose of the entire procedure) we will have lifting, and for a snack the skin was offered a facial massage with a light moisturizing mask.

The cosmetician noticed that my skin is drained – the cream is absorbed instantly. Why does the skin dry up, the so-called dehydration? Most often these are the effects of exposure to excessive solar radiation. This is especially true in the autumn, after the beach season. In addition, the lack of moisture is inevitable as a result of photoaging – the result of improper protection from ultraviolet, as a result of which the skin loses the function of moisture accumulation in deeper layers.

For this, it is not necessary to stay in direct sunlight for a long time, it’s enough just to live more than 25 years and to appear on the street during the daytime. In the cold months, the reason for the “heating season” also appears – we are constantly in the dry air of office premises and at home. There is an opinion, that in the winter to moisturize the skin is harmful – the water supposedly freezes in the frost and damages the skin. According to the cosmetologist, this is impossible if special “winter” remedies are used – moisturizing and nourishing, but in any case, moisturizing cream, like any other, can not be applied immediately before going out.

After the massage, the main action begins. Pre-diluted in serum, responsible for deep hydration, peptide proteins (they give a lift and rejuvenation) swelled and are ready to actively penetrate into the depths of the skin. The difference between the professional lifting procedure and various means for home use is that it acts at the molecular level, restoring the layers of the skin from the inside, and not just mechanically pulling the skin together, creating an appearance of elasticity for several hours. But at the same time from the professional lifting program an instant effect is also expected, and I was impatient to see what it would be.

After the drug is applied, talk, open your eyes, grimace and just do not smile.Because it freezes a crust, which is very easy to break, and then the effect of braces just disappears, will remain only a deep hydration.

Sensations are amazing – as if the muscles of the face suddenly paralyzed. With this special mask on the face it is necessary to lie about 15 minutes – during this time a whole landing of moisturizing and rejuvenating molecules penetrates into the skin.

As soon as the film is washed off with a towel, another kind of mask is applied to the face, through which the cooled glass beads (“beauty balls”) massage, tap and smooth. They gently cool the skin, so that the proteins that get into the skin, begin to act more actively. The procedure looks charming, as if the cosmetologist is a kind sorceress with magic wands. According to the patient’s feelings – as if the sculptor sculpts your portrait, delineating and exploring each bend.

After the final chord – applying a protective cream – I got up, looked in the mirror and realized what is meant by the instant result. The face seemed to shine from the inside, and the skin seemed thin, tender – that’s what they call porcelain. Visibility was also elasticity – the skin seemed to stretch, and the wrinkle between the eyebrows was not so sharp. The effect lasted three days. And then I, probably, have simply got used.
Post Views: 412
Spread the love

Everything you wanted to know about sexual infections, but hesitated to ask 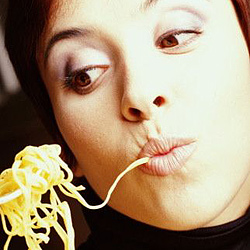