“Runs into the gateway in lover’s stockings,” Bulgakov’s dog Sharik reflected from The Dog’s Heart, watching the young lady on the street. “My legs are cold, my belly is blowing, because my wool is like mine, and she wears cold pants, one lacy appearance. A ditch for a lover. Wear it flannel, try it, and he will yell: what are you so cute! “. A modern version of Bulgakov’s young lady would wear a short down jacket and jeans with a low waistline – and again would not escape the sympathy of the compassionate Sharik. 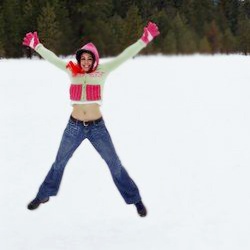 Fashionable diseases
We can find different justifications for why we wear “visibility”: and to appear more elegant in the eyes of the opposite sex, and “for ourselves” – to be beautiful, and simply because in warm clothes you feel yourself clinging to movements with a clumsy bear. And in general: “I’m not cold!” – We respond to warnings of well-wishers “All frostbite!”.

By “all frostbite,” strictly speaking, means inflammation of the reproductive organs and cystitis.

They are, according to Nina Martynova, head of the department of miscarriage of the municipal Center for Family Planning and Reproduction, are the main consequences of hypothermia. The causes that cause inflammation of the reproductive organs are actually more complex than simply “frozen.” “First of all, hypothermia leads to an aggravation of already existing problems: chronic inflammatory diseases, urogenital infections,” says Svetlana Bezmenova, gynecologist and endocrinologist at the medical center Euromed Clinic. Similarly, a complex set of factors provokes and cystitis.

However, in order to get sick “from scratch,” and the usual cold can be enough: to vouch for the absence of infections that do not always manifest themselves symptoms, or reduced immunity can not anyone. Unpleasant sensations, signaling inflammation of the pelvic organs (pain, irregularities of the menstrual cycle), it is difficult with something to mix up. But the most dangerous result of inflammation of the reproductive organs is the adhesion processes that cause obstruction of the tubes, which can lead to infertility or ectopic pregnancy. 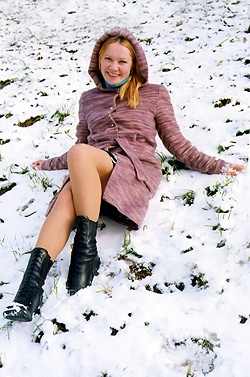 Attire in the cold season should be built on the balance between common sense and attention to their own sensations. “If you left home, and at first it became somehow uncomfortable, and then it seems to be warm and normal – that’s enough to catch a cold,” Svetlana Bezmenova notes.

“It’s not at all necessary to feel frozen to get an inflammation of the urogenital organs,” commented the urologist at the Yunona clinic Oleg Abaimov.

– In fact, there has long been a theory about the presence of reflexogenic zones in humans, when cooling, the probability of an inflammatory disease of one or another organ increases. For example, everyone knows that when cooling feet, the likelihood of catarrhal diseases and cystitis increases. Similarly, for the kidneys – the probability of getting acute or chronic pyelonephritis is enhanced by cooling the zone, which, as a rule, remains open when wearing short jackets and / or jeans with a low waistline. ”

Useful trends
However, Ms. Bezmenova notes that in recent times there have been fewer complaints about the effects of hypothermia – a couple of years ago, during the peak of fashion for short jackets and jeans with a very low waist, there were more of them. Indeed, fashion has recently been on our side. Belt trousers or jeans in recent seasons are aggressively trying to return to the traditional place – the waist – or even raise higher. In the collections of this winter woolen tunics or dresses-sweaters occupy a prominent place.

One of the hits of the season is a knitted warm dress with an ornament, which in warmer days can be worn with tight pantyhose, and in colder ones – with skinny jeans.

Layered clothing, so saving for the female body, by the way, fits perfectly into the northern-folk style that is relevant this winter.

Fashionable must have, for which the intending female body will say “thank you”:
• Dress-sweater, woolen tunic.
• And stylistically, and almost appropriate to replace jeans for the winter with trousers made of warm woolen or mixed fabrics. Declared by the fall hit, radically wide trousers with a rather high waistline did not go anywhere in the winter – and after all they are ideal for hiding under them last on the list, the main and all the long-known must have winters.
• Warm pantyhose, thermal underwear, more modern and elegant variations on the subject of trousers.

Why we became obsessed with slumber this year explained