According to international recommendations, if a person has gastritis, which occurs with Helicobacter pylori infection, his family members should also be examined. There are cases when a person with such gastritis underwent a rather complicated treatment, took antibiotics for a long time and then, having already been cured, is again infected by Helicobacter from relatives. Helicobacter infection is most often associated with non-observance of personal hygiene. According to statistics, in Europe there are fewer people infected with Helicobacter pylori than in Russia – hygiene is better developed there. Helicobacter can be transmitted through household contacts, for example when using common dishes.

In some people, the immune system is able to cope with Helicobacter pylori. However, sometimes even a person with potentially strong immunity can become infected. For example, if he got a simple viral infection and his immunity is weakened.

Helicobacter is dangerous because it lives in cells that produce hydrochloric acid. The bacterium destroys them, because of this, a person produces more acid for digesting food, digestion processes are disrupted. These processes may be irreversible. The consequences that can be encountered due to this are as follows: stomach cancer, atrophic processes, anemia, impaired absorption of vitamin D, osteoporosis.

Gastritis is divided into chronic and acute. Chronic gastritis – inflammation of the gastric mucosa – is common among both adults and children. Its cause is increased acidity and Helicobacter pylori infection. According to recent studies, on average 80% of people find Helicobacter (Helicobacter bacterium) on examination. But it causes inflammation only in combination with other factors, such as increased acidity and malnutrition.

Chronic gastritis usually occurs in people who eat irregularly and take long breaks between meals. Students, office workers, and people who work night shifts usually fall into this category. Most often, people go to the doctor only if there are quite pronounced symptoms: pain, nausea, heartburn, belching, bitterness in the mouth. These symptoms do not always occur in connection with a meal, sometimes they occur both on an empty stomach and after eating. There may be a feeling of an overfilled stomach, which people also do not pay attention to at first. Acute gastritis occurs with the use of spicy foods, aggressive fluids, such as cola. Sometimes inflammation of the gastric mucosa is very serious, hospitalization in the surgical department may be required.

There are predisposing factors for acute gastritis. For example, heredity. Particularly attentive to themselves should be people whose blood relatives have died from cancer of the stomach. Every year it is necessary to undergo gastroscopy and examination for Helicobacter pylori. In 2005, Australian physicians Barry Marshall and Robin Warren received the Nobel Prize in Physiology or Medicine for the discovery of the bacterial nature of gastritis, stomach ulcers and duodenal ulcers. They proved that Helicobacter pylori infection is primary when gastritis occurs, and chronic inflammation can change the cells of the stomach so that cancer cells appear.

There are other types of gastritis that are less common – these are autoimmune species, they occur in the framework of the main autoimmune disease: systemic lupus erythematosus, rheumatoid arthritis, autoimmune processes in the mucous membrane of the stomach and intestines. Another rare species is allergic gastritis, although in recent years it has become more common. This is due to the fact that many people have a food allergy and it is the stomach that first of all encounters a food allergen. As a result, there is swelling and inflammation.

Diagnosis and treatment of gastritis

The most accurate diagnosis is given by gastroscopy. It allows you to see the condition of the gastric mucosa, find out if there are any defects there, even diagnose an ulcer as a result of long-term chronic gastritis. Gastroscopy will help the doctor see the extent of the disease. If necessary, you need to take an analysis for histology – a small piece of tissue that is smeared under a microscope. This allows you to understand how active inflammation is.

They also diagnose Helicobacter pylori. It can be a breathing test: a person comes to the doctor and breathes in a special bag, then drinks urea – the solution that is in our body, it is harmless – and then breathes again after half an hour. Diagnosis allows the doctor to determine if Helicobacter is present in the stomach or not. Such an analysis is carried out not only for diagnosis, but also for monitoring treatment.

After consulting with a doctor, conducting a gastroscopy and establishing an accurate diagnosis, treatment is prescribed. First of all, of course, this is a diet. A person must follow dietary recommendations for quite some time. Ideally, always eat the right foods for your stomach – light and warm. Chew food carefully. Spicy foods, spices, strong meat broths, carbonated drinks should be excluded. It is important to exclude smoking and alcohol – they lead to the formation of an excessive amount of hydrochloric acid, which worsens the condition of the mucosa.

Following recommendations for proper nutrition, special medications are prescribed that help reduce acidity in the stomach. Gastroscopy helps to determine exactly acidity: gastritis can occur with both increased and normal acidity. Long-term gastritis leads to a decrease in acidity, which worsens the digestion of food – fermentation processes begin, intestinal flora is disturbed, as a result, food is not processed completely as it should. Drugs that restore the gastric mucosa are prescribed in a course. After its completion, subject to the rules of nutrition and maintaining a healthy lifestyle, everything should get better.

Proper nutrition and snacks for gastritis

All cereals are useful – you can make cereals and thick soups from them. Low-fat meat, eggs and omelet-based dishes are recommended. Of sweets, you should not eat candy, sweets, you can replace them with marmalade. During the period of exacerbation, it is allowed to eat stewed vegetables and fruits. After exacerbation, they can be eaten raw, but it is undesirable to eat fruit in the evening. In general, you should not eat two hours before bedtime, you also do not need to drink kefir. The food that a person ate in the evening should have time to be digested. During nightly meals, bile is thrown into the stomach, causing damage to the esophagus. If you can’t eat right regularly, you need to have healthy snacks. There is a large assortment of suitable products in stores. These include rice, buckwheat or wheat bread. Fruits that are suitable for a snack are always available – bananas, apples, and vegetables. You can take homemade food with you, which is stored for several hours, for example boiled eggs. There are cases when the patient simply changed his diet and the symptoms disappeared.

Some people have a dependency on coffee. Coffee with gastritis in moderate amounts can be drunk, but it can not be consumed on an empty stomach. Even people without gastritis should not drink coffee on an empty stomach. After eating, you can do everything – coffee as a whole has a choleretic effect, nothing bad will happen from a small portion.

In practice, I see that many people either do not eat breakfast at all, or eat a couple of hours after waking up. Human physiology is designed so that you need to eat often in small portions, avoiding large periods of hunger. Hydrochloric acid is constantly produced in the stomach, bile accumulates in the gall bladder, which must be sent to the duodenum to digest food. Reserves and capabilities of the gallbladder are limited. The pancreas secrets the base level of enzymes, which also need to be thrown away. The body is always ready to digest food. If it does not enter, he begins to digest his mucous membrane, because aggressive liquids must mix with food. When a person has eaten, hydrochloric acid is mixed with food, reducing the effect on the mucous membrane. That is why regular nutrition is necessary.

The development of gastritis and possible complications

The development of gastritis often depends on the genetics of a person and the nature of his diet. If eating disorders are rare, the mucosa, as a rule, manages to recover. If this happens daily, the cells of the stomach are rebuilt – sometimes they can be so rearranged that oncology arises. On the whole, the stomach’s regulatory capabilities are good, but a person should still help the mucosa to recover. Often, the development of gastritis depends on the age of the patient. If gastritis started in childhood and was not treated, then atrophic gastritis can already form in 20-30 years – when digestion is impaired so that something is already difficult to do. If this is a temporary phenomenon – for example, gastritis was formed as a student, and later a person normalized his nutrition – then in general this can be corrected.

The main mistakes in gastritis are associated with improper diet and regular consumption of alcohol. This is especially true for beer, which leads to the release of bile – it damages the mucous membrane and creates all the conditions for Helicobacter to multiply.

Errors in self-medication are also associated with the adoption of soda. Soda enhances the secretion of bile and you get a vicious circle. It does not help. If people say that it helped them, it means that just the mucous membrane has already ceased to be sensitive to acid emissions. When such patients come for gastroscopy, it is evident that their mucous membrane is thickened – this is its defense mechanism.

Some people believe that the pain will go away on their own, that gastritis is a fairly common disease that everyone copes with. But each one develops in its own way: someone may not go to the doctor for several years, and someone will develop an ulcer against the background of mild gastritis, which can result in bleeding and even death.

Simple exercises need to be done, they keep the body in good shape. But complex ones – like lifting the bar – are not very beneficial for the digestive system. They dramatically increase intra-abdominal pressure, there is pressure on the stomach and internal organs. If this happens often, displacement of ligamentous structures and organs may occur. It is undesirable to pump the press during an exacerbation, to engage in power simulators. In general, during an exacerbation, it is necessary to perform physiotherapy exercises, swim, walk.

In Asia, there is such an expression: typhoons originate in the ocean, and diseases in the intestines. The onset of a human disease is indeed most often associated with the digestive system. From what a person eats, the cells of his body are built. Therefore, you should always think about what you eat and what you are building your body from. Health is a resource that belongs to you. You can manage it and you must take care of it. 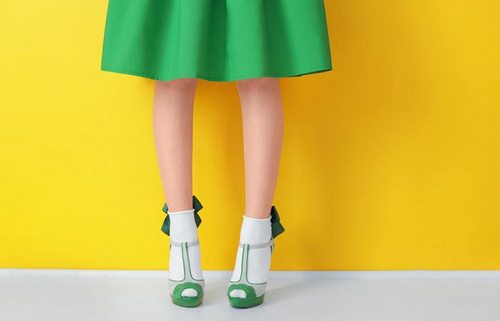