Vuhererioz – anthroponomy natural focal biogelmintoz with transmissible mechanism of transmission. Typical symptoms are allergic reactions, the presence of lymphangitis, lymphadenitis with the gradual formation of elephantiasis mainly of the lower limbs and scrotum.

Diagnosis is based on detection of the parasite and its antigens and antibodies in the blood of the patient. The treatment is carried out by diethylcarbamazine, albendazole and ivermectin. According to the testimony of appointed symptomatic therapy (receiving antihistamines, fever-reducing drugs, corticosteroids). In the formation of ulcers, severe forms of lymphedema may need surgical treatment.

A hotbed of vuhererioz are tropical and subtropical climate (Africa, South America, India, South and East Asia, the Islands of the Pacific and Indian oceans). Susceptibility General, more common in males. Seasonality is not expressed, disease associated with the activity of mosquitoes.

The local population is mainly aches blurred forms due to re-infection and circulation in the blood of specific antibodies. In the acute form the disease most often carried by immigrants. According to recent reports, the lymphatic filereadable infected with about 80 million people in endemic areas, clinical manifestations observed in 15% of them. Since 2000 who is actively developing a program to eradicate the disease with mass coverage of the local population with chemoprophylaxis.

The causative agent of helminth – nematode Wuchereria bancrofti (Bancroft’s filaria) of the family Filarudae Cobbold. The length of the female can reach 10 cm, males – 3-4 cm females give birth to larvae – microfilariae. Sexually Mature parasites live in the lymph nodes and vessels, and the larvae in the host’s blood. The development of the nematode occurs with the change of owners. Reservoir and source of vuhererioz is infected person and some species of monkeys. The disease is transmitted by mosquito bites.

When it bites an infected person, the microfilariae enter the body of a mosquito. After the cycle of development to the invasive stage (about 40 days), larvae enter the proboscis of the insect. Thus, with the new bite becomes infected healthy people. Localization microfilaria in the human body depends on the activity of mosquito vectors. Day the larvae are in the blood vessels of internal organs, and at night migrate to the subcutaneous to at the time of greatest activity with a bite to get into the body of the insect. In the body of the host adults can live up to 7-8 years, some people are parasitic to 20 years; lifespan larvae up to 6 months.

During the bite of a mosquito to bloodstream of the person fall by the microfilariae. In his body during development stages to Mature individuals of larvae secrete metabolic products. This is related to the first clinical symptoms in the form of toxic and allergic reactions due to sensitization to foreign substances. Adult nematodes live in lymph vessels. Forming the balls, they block its lumen. The vessels dilate, often burst, their wall becomes inflamed. Relapses of infection promote thrombosis and sclerosis of the lymphatic vessels, which ultimately leads to lymphostasis. The phenomenon of fibrosis and necrosis observed in the lymph nodes. Modified the walls of blood vessels and open wounds serve as a place of secondary infection.

The incubation period is 5-6 months old. the indigenous population may be delayed for decades. Distinguish periods of acute and chronic manifestations. The acute phase lasts from several weeks to several years. The characteristic symptoms of an allergic reaction: fever, myalgia, headache, rashes on the skin type erythema multiforme. In many patients there is a so-called tropical pulmonary eosinophilia. This syndrome includes nocturnal cough, subfebrile body temperature, weakness, signs of miliary lung lesions on radiographs.

Observed local reaction of the tissues in which the pathogen. Develop lymphangitis, lymphadenitis. Lymph nodes painful, the skin over the inflamed structures hyperemic, edematous. Most often affects the inguinal nodes. There funiculitis, orhiepididimita, synovitis, hydrocele is formed, women can swell the labia, and the mammary glands with the formation of mastitis. Such acute effects lasts from several hours to several days. Then the process regresses. The recurrence rate from a single attack per year to monthly exacerbations.

The persistent activation of the inflammatory process develops varicose lymphatic vessels. Often the vessels burst, appear on the skin sores with the expiration of lymph. With the defeat of the deep lymph nodes of the attacks may resemble malaria (severe intoxication on the background of fever followed by sweating), and the involvement of the lymphatic structures of the abdomen – acute abdomen. In the acute period of vuhererioz phenomena to obstruction of flow of lymph is reversible, but with repeated inflammations is formed fibrosis of vessels and lymph nodes, they are replaced by connective tissue strands, there is a lymphedema develops lymphedema (elephantiasis), chronic form.

Elephantism (elephantine disease) is more characteristic for the lower limbs, genitals, face, most often affects the upper eyelid. Objectively, the extremities become enormous size, the skin is covered with warty excrescences, formed many non-healing ulcers. By rupture of the lymph vessels of internal organs is formed chyluria (selection of lymph with urine if rupture of blood vessels of the kidneys and bladder), chylous diarrhoea, ascites, peritonitis. Chylous the permeation of the scrotum – impostato – is also characteristic of the chronic stage. In the case of development such pathology is the weight of the scrotum can reach 15-20 kg.

The most common complication is the accession of infection at the site of rupture of a lymph vessel with formation of lymphangitis, thrombophlebitis, gangrene, sepsis. In addition, the lymph is a fluid rich in protein. When a permanent loss due to damage of blood vessels developing progressive protein deficiency, patients lose weight, there is cachexia.

Due to obstruction of the urinary tract clots of blood and lymph often marked by acute urinary retention. Around the bodies of dead nematodes in the internal organs of a human having a zone of aseptic inflammation. Infection of such structures leads to the development of abscesses. When an independent autopsy educated of ulcers in the serous cavities are formed empyema, peritonitis, suppurative arthritis. Breakthrough of the lymph in the lumen of internal organs leads to Hilarie, the chylous ascites, diarrhea.

If you suspect vuhererioz mandatory consultation of infectious disease specialist, a parasitologist with the subsequent hospitalization of the patient to the hospital. In the case of the formation of elephantism examination is required surgeon. Data the physical examination depend on the stage of the disease. In the acute phase in the first place come the symptoms of toxic-allergic reactions, and chronic effects of lymphedema.

Objectively determined by palpation usually a unilateral increase in the inguinal lymph nodes. Nodes painful. On the lower extremities noted the presence of varicose lymphatic vessels. At the point of rupture are wound with leakage of lymph. In the stage of formation of elephantism lower extremities, mostly the leg and foot, of enormous size, the skin with many warts, venous ulcers. Scrotum, penis, labia majora significantly increased, swelling. Breasts can fall below the belt.

In diagnostics use the following clinical laboratory methods:

Differential diagnosis should be carried out with bacterial lymphangitis, and causes the development of knotty lymphangitis, such as sporotrichosis and leishmaniasis. Note that serological methods of diagnostics may give cross-reactions with antigens of Strongyloides stercoralis. Pulmonary eosinophilia should be distinguished from tuberculosis. Chronic forms of vuhererioz it is important to distinguish between diseases that can cause lymphedema (hereditary pathology of lymphatic vessels, congestive heart failure, varicose veins of the lower extremities).

All infected should be hospitalized and isolated. Treatment is aimed at destruction, as larvae and adults. The main drug is diethylcarbamazine. He ingested 6-7 mg/kg/day. 14 days, according to the scheme of gradually increasing the dose. The decay products of nematodes can cause allergic reactions, so the drug is prescribed together with antihistamines and glucocorticosteroids. According to indications symptomatic treatment (receiving antipyretic drugs, opening and drainage of abscesses).

When using diethylcarbamazine frequently observed adverse reactions in form of itching, lymphadenopathy, hepato – and splenomegaly. In addition, with concomitant onchocerciasis can develop irreversible eye damage. To reduce unwanted effects developed an alternative scheme with the addition or isolated use of albendazole and ivermectin. Manifestations of chronic vuhererioz these medicines are not cured. Drugs are prescribed to prevent further progression of the process. To improve the quality of life contributes to surgical correction of lymphedema, as well as the wearing of tires.

At the time recognized the disease and timely started therapy, the prognosis is favorable. Fatal cases are most often associated with development of infectious complications. Activities of nonspecific protection aimed at the destruction of breeding places of mosquitoes, isolation and treatment of patients. In endemic vuhererioz countries, it is necessary to use mosquito nets, repellents.

Among the local population is widespread chemoprophylaxis with diethylcarbamazine or albendazole with ivermectin. In the framework of the who programme for mass coverage of the population with the aim of preventing the development of the disease diethylcarbamazine used as additives to salt in the course of the year. Biological products for specific prevention is not developed 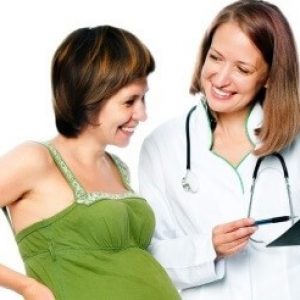 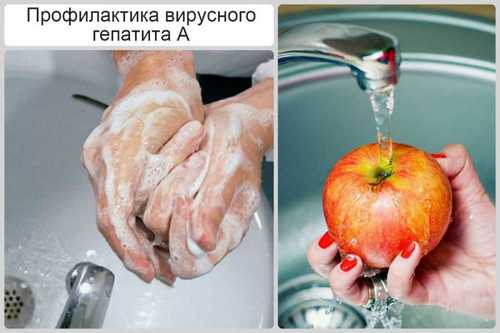 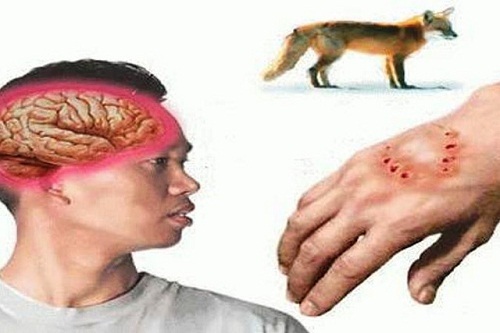