Based on the occurrence of reflux-gastritis is a violation of the work of the lower sphincter of the stomach.

Also reflux of bile provoked by:

1. Operations on the stomach, biliary tract in most cases lead to the appearance of the signs of gastritis. This may be removal of part of the stomach, cholecystectomy, surgery on the bile ducts. Disturbed motility that is causing the reflux of duodenal contents.

2. Uncoordinated work of the biliary sphincter of the bladder causes dyskinesia. Generates a large amount of bile for digestion, it is secreted even on an empty stomach, without food supply.

3. Inflammation of the duodenum is the cause of motility disorders as a result of increased pressure in the intestine, a possible reflux of bile.

4. Chronic diseases of the pancreas, liver, nonsteroidal anti-inflammatory drugs can lead to the fact that there is biliary (bile) reflux gastritis.

The concept of biliary reflux gastritis indicates not only the changes of the gastric mucosa, but also on the causes, mechanism of occurrence. During normal digestion food from stomach enters the duodenum for further digestion. In the case of this pathology is the reverse movement, the reflux of intestinal contents mixed with bile in the stomach, that is called reflux. Due to lesions of the mucosa of the bile acids inflamed pyloric Department.

If be reflux of intestinal contents into the pyloric division, will irritate the mucosa, leading to inflammation. Strictly specific signs of disease there, to the fore the symptoms of dyspepsia.

1. The pain is dull, aching in nature, often missing, there is only discomfort. Appears after the person ate. Does not decrease after taking antacids (drugs that reduce acidity). This distinguishes it from ordinary gastritis.

2. May be present nausea, heaviness after eating, the taste of bile in his mouth. If you join the esophagitis, is belching, heartburn.

3. The symptoms of gastritis include violation of intestinal motility, which is manifested by constipation or diarrhea.

4. The presence of bile in vomit is a feature of this disease.

5. There are problems with the absorption of nutrients, vitamins because can be non-specific signs: dry skin, loss of body weight, decreased hemoglobin, cracks in angles of mouth.

First consider the patient’s complaints, signs of lesions of the stomach during examination. In any case it is impossible to diagnose based on these symptoms. There are objective methods of research that will help to identify reflux-gastritis.

EGD visualization method. Using the camera on your device, you can see changes in the oral mucosa. Noteworthy swelling and redness of the mucosa, it begins near the pyloric sphincter and extends a circular for the body and fundus of the stomach. Sometimes traces of bile, which points directly to the biliary reflux-gastritis.

For more information use 24-hour pH monitoring, during which determine the periods of change of acidity. Ultrasound of the gall bladder, ducts, liver, pancreas will help to identify the diseases of these organs that provoke reflux. The inflection of the gallbladder, presence of stones, hepatitis, inflammation of the pancreas are the cause of the disease.

The man turns to the doctor with some complaints, because therapy should be aimed at to reduce the symptoms of gastritis. You also need to identify the root cause and eliminate it.

To cure gastritis, it is important to stick to a diet.

What you need to know about diet?

The principles of proper nutrition at reflux gastritis:

5. In biliary gastritis can have a well boiled cereals, mashed vegetables, boiled lean meat or fish these foods are steamed. Milk a good effect on the gastrointestinal tract. Cottage cheese, yogurt, fermented baked milk will help to diversify the menu. Fruits are better to eat baked or mashed, puree.

6. The food temperature should not be very hot or cold. Warm meals have a positive effect on the gastric mucosa.

Treatment gastritis you need to start as early as possible to avoid the occurrence of esophagitis. Except for doctor’s appointments, the patient must understand that it is necessary to stick to a diet. Because the wrong food will only hurt. At the first sign of discomfort after eating, pain, nausea, better to be surveyed. Identifying problems at the early stages is the key to successful therapy. 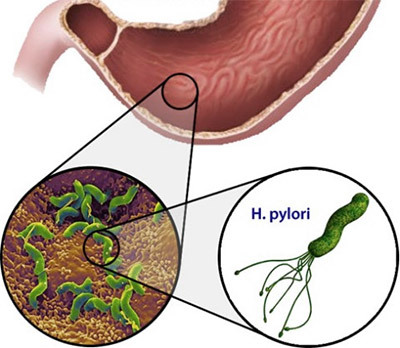 Is it possible to have honey in gastritis