To diagnose the dysfunction of the large intestine can be through a variety of methods offered by modern medicine. One of the most informative and popular events is the barium enema, the features of which will be discussed below.

During the barium enema is the study of the shape and of the cone of the colon, its peristalsis for a certain period. At the end of the study we can conclude about the location and length of the sigmoid colon, which is characterized by the maximum reduction and the change of these indicators during the functioning of the digestive system. In addition, it reveals the lining inside the colon mucosal folds, determined by the presence of cicatricial stenosis, acquired or congenital malformations of the organ. Pain, this procedure does not occur.

Bowel barium enema is a radiological examination of the patient which is carried out to study the structure of the colon and involves the use of contrast agents in the form of barium sulphate introduced through the rectum by enema or oral route. As you move the contrast is well visible internal changes in the intestine in the form of dark spots or gaps, making possible to make the most accurate conclusion about the state of the mucosa, confirming or refuting the presence of polyps or tumors.

The features of the barium enema

Examination of the intestine with the barium enema takes about a quarter hour to 45 minutes. Used to visualize the contrast agent is pre-mixed with water and heated to a temperature of about 34 degrees. If the contrast is fed through an enema, the procedure is performed using a special device, the constituent element of which is the capacity from a liter to two tightly closing its lid and the two connected tubes. At the end of one of the tubes are rubber pear, ensure proper air flow. The second pipe joins the system, one that provides sulfate sodium. As the patient feedback, a little painful at this stage is due to irritation of the intestine, though, the feeling is discomfort.

You can do a barium enema and by oral administration of contrast agent. In this case, after receipt of the barium in the body was spotted at least 12 hours before the procedure. After this period of time the contrast material reaches the cecum and extends to other areas of the intestine. The absorption of barium mucous membranes of the body excluded, so the contrast is excreted in unchanged form after a couple of days.

Barium enema of intestine with rectal contrast performed in the following sequence:

1. To take a picture, the patient is placed on the table to the back, providing a downward position.

2. In the next phase examination held in position on the side (Sims position) with behind his back with his hands and bent legs.

3. Into the rectum of a patient tube inserted for feeding contrast is supported by fluoroscopy. For a uniform distribution of the substance is necessary to change the situation, turning to the left, right side, stomach and back.

4. Apply the method tight contrasting, completing sighting and review images as the filling of the intestine. When a substance completely fills all the departments that made the.

5. After extraction of the tube is required to empty the bowel and make another review to evaluate the topography of the mucosa and functional activity of the organ.

6. The final stage is a double contrast study for the implementation of which in the rectum pump air and make more pictures. Such actions are necessary for straightening the folds on the walls and detailed picture of the condition of the mucosa. It is especially important to do this examination, if you suspect the development of cancer.

How to show feedback about the conduct of a barium enema, sometimes a consequence of the procedure is constipation for several days. In this situation, helps enema or a laxative.

Examination is recommended for diagnosis when any of the following symptoms:

Barium enema also shows if you cannot examine the bowel by colonoscopy or when such a method does not give a clear picture of the disease.

To exclude negative effects, it is important to remember about contraindications that make the barium enema are unacceptable for a particular patient.

They are not comparable with the study of the conditions of the body:

Absolute contraindication for the procedure a barium enema is the expression of the palpation of low-lying obstacles inside the intestines, resulting in procedure can result in perforation of the rectum. With care to include examination, if diagnosed inadequate blood circulation, violation of the chair in the form of diarrhea or revealed cystic pneumatosis (presence in the body wall of multiple cysts and bubbles filled with gas).

As with all surveys, effectively to do x-rays only subject to certain events. Preparing for the barium enema procedure involves high-quality cleaning of the intestine from feces (otherwise the contrast will not be able to fill all the divisions of the colon), provide as follows:

1. A couple of days before the procedure it is necessary to reconsider the usual menu, and exclude from the diet foods that could cause flatulence or increased chair. In this group includes carrots, cabbage and beets fresh greens, porridge, made with millet, oats or barley cereals, rye bread, apples, apricots.

2. Dishes are prepared by boiling or roasting.

3. On the eve of the examination exclude an evening meal. The day of the procedure refuse Breakfast.

4. Conduct a deliberate clearance of the bowel, using special pharmaceutical laxatives in the form of Senna, Buckthorn, Duphalac, Fortrans. To start receiving such funds should be the day before the barium enema, adhering to specified in the regulations or prescribed by your doctor scheme. The last dose must be drunk morning, which is assigned to the diagnosis.

5. You can also do a cleansing enema before the survey and on the day of the meeting. To ensure the desired result the intestine is necessary to fill a liter of water and wait for his evacuation. Repeat this procedure is desirable to complete disappearance of feces (the preparation is complete, if the stools are only introduced water into the bowel).

For reviews, prices barium enema vary depending on the chosen clinic, namely its level. Also of importance is the qualification of the doctor and the possibility of combining this study with other diagnostic activities aimed at the study of the state of the intestine. On average, when choosing the medical institution of economy class counting on the cost of the study 2 000 – 3 000 rubles when performing double contrast and price within 1500 without such techniques. If you plan to undergo examination at a private clinic, you need to focus on price 4 000 – 5 000 rubles. According to the reviews, usually the survey is conducted by appointment, therefore, to clarify the price in advance.

The performance of the barium enema depends not only on the skill of the doctor, but also on the degree of purification of the intestine. If you want to perform such a study should be maximally responsible approach to the preparation and then the procedure will be painless and fast, and the result will bring clarity and give a clear idea about the state of the colon.

Gastroscopy (endoscopy) and how to prepare for it 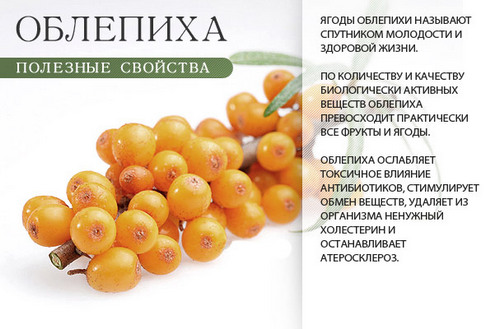