Holding EGD helps to accurately determine the presence of diseases of the esophagus, stomach and duodenum.

She is a medical diagnostic procedure, during which you can perform many different manipulations:

If the duodenum does not need the examinations, there shall be a stomach FGS (fibrogastroscopy).

The most common and informative method for investigating the status of the internal wall of the digestive tract from esophagus to duodenum held for adults and children, is EGD (fibrogastroduodenoscopy). It is a endoscopic procedure that allows diagnostic in addition to perform certain remedial measures and to take cellular material for biopsy. For the successful completion and correct result is important preparation for EGD of the stomach.

Despite the safety and high effectiveness of EGD, there are situations where its conduct is prohibited:

Indications are the different symptoms of the pathologies of the esophagus, stomach, duodenum, worsening of chronic diseases, monitoring of treatment.

In preparation for the examination

The procedure is considered quite a serious medical manipulation. Many patients are afraid of the upcoming survey. During the appointment the doctor should explain how to prepare for EGD of the stomach. Depends on the performance of the study and the absence of unpleasant situations (occurrence of vomiting).

Preparations for the diagnosis of the stomach includes the following rules:

Many people ask whether it is possible to drink water before the study. Better not to drink any beverages before the procedure. Water allowed to drink for 3-4 hours before the EGD. Children are more difficult to resolve thirst. Therefore, if a child wanted to drink it directly before the examination, you need to let him rinse his mouth with cool water, but avoid swallowing.

A few days before fibroscopie is assigned a certain diet. The preparation involves the refusal on 2 days off hard, hard to digest foods (nuts, seeds, chocolate, fat, smoked, spicy foods) and any alcohol.

Similar measures have been taken and before the FGS, which, in essence, no different from the EGD in the first case, the duodenum is not involved in the survey process.

The study is conducted in a dedicated diagnostic room. Algorithm procedures EGD and FGS is quite simple. The patient lies on a couch on your left side. In the mouth it is inserted into a special cap that prevents interdigitation. Then produced analgesia: local or General anesthesia short-acting. The last method of anesthesia is used if fibroscopy is restless child, people with mental disabilities, experiencing a panic fear of fibroscopie.

In the oral cavity, the doctor inserts a flexible endoscope, it gradually pushes via the esophagus into the stomach and the duodenum, by studying the condition of the inner wall of these bodies. The resulting image is displayed on the monitor. Optionally, snapshots of areas, affected by the pathological process takes the samples of cellular material for biopsy, hemostasis, introduction of medicines removal of polyps and other therapeutic measures, which allows to carry out a gastroscopy.

The whole procedure lasts from 10 to 30 minutes, depending on the number of the produced manipulations. Upon completion of the survey of the endoscopic probe is removed. If the patient was performed local anesthesia, immediately after it can be released. The use of anesthesia, he was transferred to the ward before the expiration of drugs.

After the study the patient can observe unpleasant feelings, pain, sore throat. Within 30 minutes after the EGD it is not recommended to eat. Following a special diet is not required.

EGD of the stomach is effective diagnosis, allowing with high accuracy to determine the presence of various diseases and to conduct a variety of therapeutic interventions. The observance of the right diet, proper training and execution of all instructions of the doctor during the procedure makes it painless and efficient. Despite the discomfort, the benefits significantly outweigh the potential negative aspects. 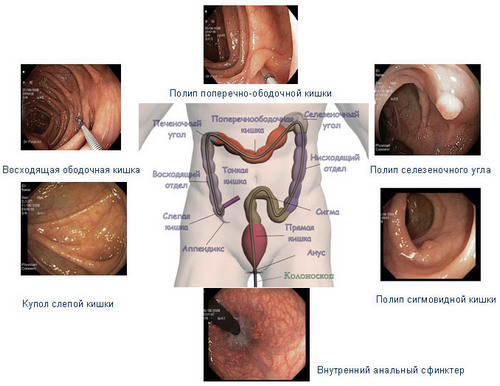 2 thoughts on “To prepare for fibrogastroduodenoscopy stomach”