The main feature of prostate cancer (PCA) in that it develops slowly. There are some aggressive forms, but they occur quite rarely. Incidence among the male population Russia prostate cancer is in fourth place, however, in the age group older than 60 years, he moved to the first position.

The risk of dying from prostate cancer at the Russians hovering around 7.6 percent.

For starters, let’s see what features have prostate cancer and what can you recommend to people to prevent this disease?

Unfortunately, I can’t answer the question: “What to do men to not get sick this disorder?” Study, during which studied the effect of diet on risk of prostate cancer did not yield any accurate results. For example, eating less fatty foods and the exclusion of red meat from the diet reduces the risk of colorectal cancer. But for the prostate gland such recommendations, we can not give.

The authors of the article in the journal Clinical Genitourinary Cancer link Smoking with aggressiveness of prostate cancer and more frequent relapses after the surgical treatment. According to another study, men who range in age from 20 to 49 years have at least 21 ejaculations per month reduces the probability of developing prostate cancer by 20%.

Are there any characteristic symptoms of this disease?

Have prostate cancer do not secrete specific symptoms. Some patients can experience impaired urination: the feeling of incomplete emptying of the bladder, or frequent urination at night. Because of this, men often find themselves in the office of a urologist. However, these symptoms may be a manifestation of other diseases of the genitourinary system.

There is a second option – patients come to the doctor with pain in the pelvis and spine, and after diagnostics it turns out that the cause of these problems are metastases of prostate cancer. Such cases in my practice are not uncommon. Illustrative is the example of the practice of American doctors 70-80 years. Then patients often addressed to the urologist about serious pain in the pelvic region. According to the survey results, the majority of them were found to have metastases of prostate cancer in the bone. This problem had to be solved as soon as possible and saving was the implementation in practice of the DOG.

Please tell us more about it

At that time, there is a method of determining prostate cancer in a DOG, he is the prostate specific antigen. PSA is produced by healthy cells, and, in large quantities, cancer cells of the prostate gland. That is why the high level of the marker associated with prostate disease. This test, approved by the FDA in 1986 for the detection of recurrence or progression of prostate cancer was revolutionized in the screening use of PSA in the early 90-ies has allowed to reduce the risk of death from prostate cancer up to 3%. Five-year survival after cancer diagnosis with PSA screening is almost 100%. However, men should not consider these facts as evidence of the efficacy of PSA screening, because the fee for such statistics is overdiagnosis.

PSA testing, like any other medical procedure has its own properties. The most simple are the sensitivity is the proportion of truly ill people according to the results of the test and specificity – correctly identify people without the disease. For example, if we take the threshold level of PSA 4нг/ml, the sensitivity for all types of prostate cancer will be 20% and for highly aggressive variants of 50%. If you reduce the threshold to 3 ng/ml, the numbers will change to 30 and 70%, respectively. With the specificity on the contrary, it is reduced to 85%.

In practice, these properties affect the overdiagnosis: patients with initial meleagridinae tumors prescribe excessive treatment. This effect can be minimized if the treatment was not the answer to every diagnosed case of prostate cancer with PSA screening. Currently, such a tactic exists and is called “active surveillance”. For example, patients with tumors meleagridinae inappropriate to prescribe intensive treatment, because every intervention has its side effects and effect on quality of life of patients.

What treatments prostate cancer exist at the moment?

First, hormone therapy is a method based on the removal of male sex hormones (androgens) from the body. The most important is testosterone, which is produced in the testes. Malignant tumor of the prostate in most cases is hormone-sensitive, i.e. testosterone promotes the growth of cancer of the prostate. Therefore, upon termination of its effects on prostate cancer growth may stop. Today, hormonal therapy is the main treatment for metastatic prostate cancer. In addition to the surgical removal of both testicles in men, oncourology there is a huge pool of hormonal preparations (tablets and injectable forms of different duration of effect) that can affect the Central nervous system to suppress testosterone production or block the action of testosterone on prostate tissue. The main unwanted effects are feeling “hot flashes”, and decreased libido and potency, swelling and breast tenderness (gynecomastia), diarrhea, changes in liver function.

It is important to note that the majority of these side effects of hormonal drugs are found, but much less than with surgical castration. Today due to properly selected modes of administration of drugs and their combinations treatment tolerated by the patient much easier. This allows you to keep many men have libido and the ability to the appearance of erection. Sorry, still on the territory of Russia clinics that treat even localized prostate cancer surgical option hormone therapy – orchidectomy, referring to the economic feasibility of this method.

The second method of prostate cancer treatment is surgery. It includes the complete removal of the prostate, seminal vesicles and pelvic tissue that contains lymph nodes. Technically, there are several variants of this operation: the classic way is open, through the incision above the vagina, laparoscopically through 3-5 punctures in the abdominal or robot-assisted technique. If you use the latter method, the likelihood of complications associated with surgery, is only 3 per 1000 patients. But, unfortunately, we have to admit that the development of side effects depends not on the technique of surgery and surgical skills.

For me, as a surgeon, the obvious advantages of surgery over radiation therapy (third treatment option for prostate cancer). This is an opportunity simultaneously to remove all involved in the malignant process structure, to conduct a thorough pathological investigation, to assess the degree of aggressiveness and extent of the tumor.

As doctors struggle with hyperdiagnostics?

The main method of struggle – it is the right choice of variant diagnosis of the disease based on the above specificity and sensitivity in the required age categories of men. First, screening for PSA is not necessary to appoint anyone. For example, the American Association of urology (AUA) recommends that early screening in the case of “family type” prostate cancer: when a first line of relationship one relative who had prostate cancer before 65 years of age – screening is recommended to begin at age 45; if two or more first degree relatives kinship – at the age of 40.

Secondly, you need to understand that this type of cancer most often is not the cause of death of the patient, and the screening reduces the mortality to a very small percentage. For example, according to the research group of the ERSPC, if 1000 men aged 55 to 69 years for 13 years will not be screened for prostate cancer via PSA, 70 of them will be diagnosed with prostate cancer during a specified period, but only 6 of men will die directly from this disease. And periodic screening DOG can save the life of only 1 or 2 out of 6 men.

Thirdly, always requires a conversation with the patient. Whether he is prepared in the presence of elevated PSA to proceed to the next items on the survey: prostate biopsy and treatment? If he knows that it can get as reliable results and false negative or false positive? But if a man is configured on the diagnosis, he must understand that a raised or elevated it is doubtful the result is a recommendation for subsequent action, including for a biopsy.

Tell me more, please, about biopsy for prostate cancer. As I understand it, this diagnostic method is most reliable?

Classic prostate biopsy is a minimally invasive procedure in which tissue samples are obtained from the prostate through the rectum to identify tumors. The procedure is quite painful and unpleasant for men, but can occur in an outpatient setting. Originally used restituzione biopsy: the doctor took three samples (biopsy) with each lobe of the prostate, however, this method misses about 30% of clinically significant cancers. Therefore, the standard is now considered a 12-point biopsy, six biopsy specimens from each side.

In SMRC Petrova we now apply the more advanced technique of biopsy – fusion biopsy. For testimony to this analysis, the patient should be elevated PSA and according multiparametric MRI revealed accumulation of contrast substance. How is the exam? The patient previously performed multiparametric MRI scan of the pelvis, to determine the areas of likely active prostate cancer. At the time of the procedure on the screen of the ultrasound urologist combined data is inserted into the rectum ultrasonic transducer and recorded by the MRI disk, and using a biopsy we can aiming to get suspicious accumulating contrast pockets. Because of this, we can reduce the number of false negatives and improve the accuracy of the method.

What options are there for patients when prostate cancer is detected?

Firstly, all those types of treatments, about which we spoke above. Two other options are active surveillance and watchful waiting. It is very important to distinguish between them. Expectant management “watchful waiting” as a method of choice surveillance of patients identified with prostate cancer and serious health problems (cardiovascular disease, chronic lung disease, renal failure), with a life expectancy less than 10 years. This method allows men to live out his remaining years without the side effects of cancer treatment, use of supportive and symptomatic therapy.

Active surveillance is “active surveillance” on the contrary indicated for patients with localized prostate cancer from the group of low risk of recurrence, life expectancy more than 10 years. With the active supervision of a male not undergoing treatment, but continues to periodically repeat the PSA analysis, digital examination of the prostate, prostate biopsy, and in the case of disease progression, will consider the options of radical treatment.

What minus the latter approach? Unfortunately, we are unable to predict which of our patients will have a more aggressive form of cancer. Because of this the urologist and recommends treatment. At the same time, most people can not bear to live with the thought of cancer in the body. Most people choose the first option and start treatment. 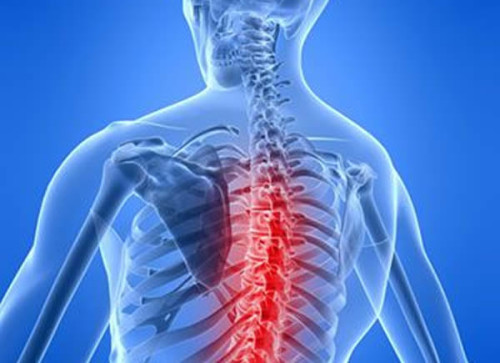 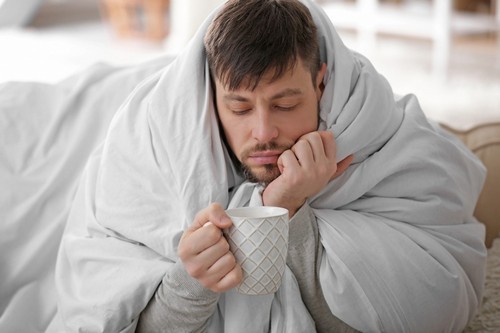 Can I get two SARS at the same time?