Childbirth is the logical conclusion of a baby’s expectation after nine months. Every woman is waiting for this moment with trepidation, impatience and fear. How will it go? How to behave? Undoubtedly, knowing the process of childbirth from beginning to end, it is much easier to go through all the stages to meet a small miracle.

By the end of the term there is a change in hormonal status. If at the beginning of pregnancy the progesterone controlled, then by the end of the term its concentration decreases and the amount of estrogen increases. It is the latter that controls the process of preparing the female body for the upcoming event.

How to determine that the birth is about to begin? When to start preparing and collecting bags at the hospital?

Of the above symptoms, objective and subjective can be distinguished.

“Abdominal prolapse” is a fairly obvious sign. This occurs as a result of inserting the head into the small pelvis. Thus, the child is preparing to go out into the world and, accordingly, visually it looks like some abdomen in the future mother.

Posture changes due to the displacement of the center of gravity after the fetus is inserted into the pelvis and prolapse of the abdomen. This symptom is less objective, and more likely this will be reported to the pregnant woman by surrounding people. The cervical canal is closed before childbirth and is filled with a mucous dense secret. Just before the birth, when the cervix is ​​shortened, the mucous tube becomes strengthened and exits, sometimes with streaks of blood. This is also an objective sign that is difficult to miss.

In the last month, and some women have a little earlier, the so-called “training” contractions appear. They are moderate in intensity and pain, periodic, pass on their own or after the use of antispasmodics. Sometimes a warm shower helps. It is worth remembering that if the fights do not stop after these measures, then most likely a little time is left before the start.

Discomfort in the lower abdomen and back, increased urination are subjective signs and are often associated exclusively with the psychological state of a pregnant woman. Most often this is observed during the first pregnancy, when every small change or sensation seems global and extremely significant. A decrease in the body weight of a pregnant woman in the last weeks of the term is an individual harbinger and is not required for every woman.

When precursors appear, you should consult a doctor who will examine and give a detailed description of the subsequent development of events. Sometimes, when the above signs appear, expectant mothers are sent to the hospital.

When the time has come…

In our modern time, thanks to the vast number of sources of information, you can read the description of labor and even see this process on video. On the one hand it’s good. Indeed, if a woman is explained in advance what she is following and how to behave, then the task will be easier for her and for the doctor.

In the process of childbirth, stages are distinguished, each of which is characterized by certain sensations in women and requires appropriate tactics from an obstetrician-gynecologist.

Changing the cervix and opening it, as a rule, takes the most time. That is why this period is also divided into two phases: The first is a change in the cervix, its softening and shortening. If during pregnancy it can be up to 5 cm, then by the beginning and in the process of childbirth, the cervix decreases significantly up to complete smoothing. In this phase, true contractions appear, which are directed contractions of the uterus muscles from the bottom to the cervix. At first they are not intense, tolerant, with a frequency of up to 20 minutes.

The duration of this stage is usually up to 10 hours in primiparous, up to 6 hours in multiparous women. If the duration increases, then this can only mean one thing – there is some kind of obstacle on the part of the future mother or child.

The tactics of the medical staff is observational. Doctors monitor the general condition of the child and mother. Nurses between contractions produce a cleansing enema so that the process of giving birth and the subsequent stage proceeds without discomfort and problems from the gastrointestinal tract. Also, nursing staff helps to conduct a toilet of the external genital organs.

It is very important that the expectant mother in no case lay, moderate activity is useful in the hidden phase, in the form of walks, even in the ward of the hospital. It is also worth remembering about breathing. You need to breathe deeply, measuredly, otherwise you will quickly feel tired, and you still need strength ahead.

When the cervix is ​​shortened, and the birth pharynx has formed, the active phase begins, in which the main event becomes the opening. Contractions become intense, painful, more frequent. The child is inserted into the pelvis. An obstetrician-gynecologist monitors the opening of the cervix, the condition and level of standing of the fetal head. Usually, an anesthetic is injected into this phase to alleviate the suffering of the woman in labor. The frequency of contractions is reduced to 5-2 minutes, and the duration reaches 30 seconds.

At this stage, amniotic fluid effusion usually occurs, but not always. Sometimes the opening of the bladder is done manually by a doctor. The color and amount of amniotic fluid determine the condition of the child. It is especially bad if the waters are green in color – this is a sign that the fetus is experiencing hypoxia (lack of oxygen).

After the opening of the cervix and the outflow of amniotic fluid, the period of expulsion or birth of the fetus begins. The scenario of events at this moment depends on how the child is located. In most cases, the fetus lies longitudinally, with the head end down, much less often than the pelvic and extremely rarely transversely. In the latter case, the natural management of childbirth is impossible and a woman in labor is being prepared for cesarean section.

If the present part of the fetus is the head, it is also extremely important that the baby is inserted with the back of the head. It is in this case that the diameter of the head is the smallest. In other cases (frontal, facial insertion), the risk of birth injury and ruptures of all levels of the birth canal increases.

In the description of many women during this period, some relief of pain occurs. There comes a stage where the expectant mother will have to work hard to help herself and her child. Attempts – this is a directed conscious tension of the abdominal muscles, contributing to the expulsion of the fetus. In this case, the uterus also contracts in the direction from the bottom to the neck.

During the period of the expulsion of the fetus, the doctor must explain how to breathe and how to distribute their efforts to the future mother. In fact, the length of the second period depends on how quickly the woman in labor learns to push properly.

It is extremely important for the doctor to give the correct description of the labor-intensive period of the woman in labor. Each attempt lasts up to 1 minute, the frequency is approximately 2 minutes. One of the main points at this moment is to learn how to breathe correctly. Before the attempt, you need to take a deep breath and only at the end of the attempt exhale. Traditionally, childbirth, starting from the second period, is carried out on a special generic chair, where there are special footrests and handrails. Breathing, all the devices are necessary to direct the woman’s efforts in the right direction, some compare sensations during attempts with the act of defecation during constipation.

So, the beginning of the expulsion of the fetus. First, the scalp appears, or rather the back of the head. With each effort, the muscles and other tissues of the perineum relax and the head erupts. Usually, a head is born on a 4-5 attempt, then a coat hanger, and here it is the whole baby. The first cry, the first breath and the smile of a tired mother. The duration of the busy period varies from 20 to 40 minutes, depending on the generic activity of the woman.

The birth process in this period may also not go as we would like. Possible weak labor activity, improper presentation of the fetus, impaired heartbeat of the child. It is very important to trace the history of the future mother so that she is healthy, compensated for chronic diseases and mentally balanced.

Ideally, the newborn is laid out in the puerpera (that is what the woman is now called) on the stomach so that the newly minted mother and child meet visually and tactfully. Then, after the termination of the pulsation of the vessels, the umbilical cord is cut and the neonatologist (pediatrician of the first month of life) examines the child, makes a toilet of the skin, respiratory tract and eyes. After about half an hour, the baby should be applied for the first time to the chest. The latter is extremely important, it is not only stimulation of lactation, but also a test of the sucking reflex.

For the baby, the tests are over, for the mother, the last effort remains – the birth of the afterbirth. This is the placenta, or sometimes it is called a children’s place. The woman is asked to make another small effort – to make the exile happen. Compared to previous periods, this is not so painful and painful.

The born placenta is carefully examined by an obstetrician-gynecologist for integrity, hemorrhage or signs of infection. Then she is sent for a biopsy to conduct a histological examination, the result is sent to the children’s clinic at the place of residence.

Unfortunately, in some cases there are problems with the expulsion of the placenta: incomplete birth of the placenta or in general the inability to do it on its own. Then the obstetrician-gynecologist resorts to manual benefits, in fact, he palpates the uterine cavity with his hand and removes the birth tissue.

After completing all the tests, a woman can freely breathe fully and fully relax. After the birth of the baby, the puerperal remains in the maternity ward for 2 hours, where the gynecologist observes the process of uterine contraction. Only after making sure that there is no bleeding, the mother is transferred to the postpartum ward, where she will wait for her child to feed.

The process is slightly different if the pelvic presentation of the fetus. It should be noted that in our time, in such cases, as well as with a transverse arrangement, a cesarean section is taken to avoid injuries to the child and mother.

Incorrect insertion of the fetus, weak maternal activity of the mother, double or even triple entanglement of the umbilical cord can also be an indication for surgical delivery. Otherwise, the process of childbirth occurs if they produce epidural anesthesia, when the woman does not feel any pain or urge to try.

Various benefits during labor are also possible. The couple has to produce an episiotomy – dissection of the perineal tissue so that the fetus can pass. It is extremely rare to use forceps or a vacuum extractor to extract the fetus.

The best way is natural childbirth, when everything goes according to the scenario of nature. 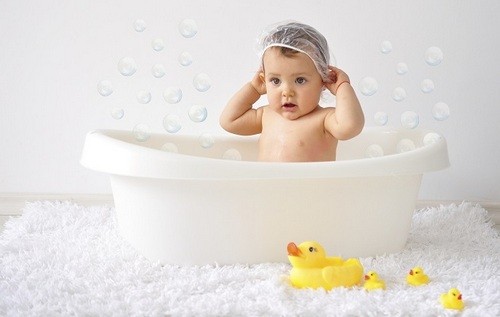 Choose a bath for bathing a newborn 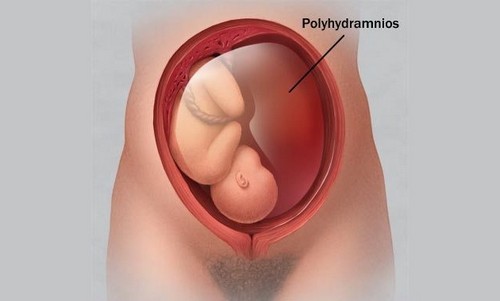 Polyhydramnios: reasons and what to do 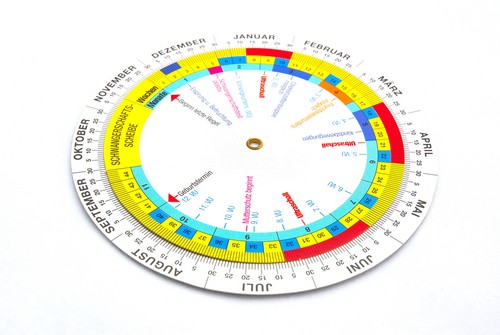 Find out the date of birth