However, despite the absence of explicit threats to the state of the mother and fetus, the detection of unorganized sediment in urine should at least alert, as it indicates disorders in the mechanism of urine formation.

Among the various pathological conditions in pregnant women and abnormalities of the renal system are the most confident second place after cardiovascular diseases. Salts in the urine during pregnancy, in contrast to proteins, red blood cells, or leukocytes, clearly indicating the presence of disease, in most cases, talking only about the number of abnormalities of a physiological nature.

Causes of salt in the urine of pregnant may be the most diverse in nature and depend on a number of changes in the body during pregnancy:

From the point of view of the mechanism of formation, the reasons for the increase in the number of salts can be divided into three groups:

Effect of pregnancy on the kidney condition

The very condition of pregnancy involves the violation of urodynamics due to changes in relative position of organs by the growing uterus and the effect of progesterone on the smooth muscles of the urinary tract.

In this case there is:

In addition, for pregnant women is characterized by the compression of the right kidney, as in the last trimester the uterus is displaced to the right. This explains the right-sided type of diseases of the urinary tract.

All these transformations have a direct impact on the delay of the outflow of urine and as a consequence increasing the concentration of salts. Thus, the appearance of salts in the urine during the second half of pregnancy may be the result of normal physiological processes, caused by anatomic changes in the woman’s body.

However, due to the fact that urine is a breeding ground for various kinds of bacteria, any violations of urodynamics contribute to the development of inflammatory processes.

In this case, salts in the urine during the second half of pregnancy can be considered as a boundary condition that requires the use of a number of preventive measures aimed at improving the flow of urine and the prevention of inflammation:

Important! The main risk of formation of stagnant processes in the urinary tract, is the activation of pathogenic microflora, with subsequent development of inflammatory processes in the kidneys (pyelonephritis).

Contrary to common belief, increasing the concentration of salts does not always indicate the development of kidney stones. The appearance of salts can be a result of the leaching of crystals of calcium from the renal pyramids, where they are deposited in the form of plaques, due to the deformation of the urinary tract.

The formation of stones in pregnancy is quite rare, occurring with a frequency of not more than 0.1%.

Crystals that fall in the urinary sediment as a result of saturation of the salts, of course, have a certain importance in the formation of stones. However, due to the fact that urine is a biological fluid, which has a rather complex composition, along with the salts it contains protective elements (colloids), not allowing the minerals to precipitate.

Important! A characteristic phenomenon for pregnant women is the increase in the concentration of protective elements that prevent “pasting” of mineral substances is directly proportional to the pregnancy.

Thus, the probability of urolithiasis is quite low, but even with a small amount of stones before pregnancy can occur, accelerated growth, due to the creation of favorable conditions for the penetration of infectious agents that suppress the activity of protective colloids.

Hyaluronic acid is a protective colloid, preventing the formation of kidney stones

Normal in the urine of pregnant saline residue should be absent. This is due to the direction of all the mineral trace elements to ensure the formation of the developing fetus. However, hormonal changes the body, can cause the failure of some regulatory factors that provide calcium and phosphorus metabolism in the body.

The overall regulatory function of calcium metabolism is provided by the following hormones:

Violation of the interaction of the entire hormonal system of the body leading to the removal coming from outside the body of calcium kidney machine in the form of salts, and the growing fetus is provided by the calcium accumulated from the bones of the mother. A similar situation occurs in case of increased use of phosphate-based products. After delivery the hormonal balance is usually restored, but the propensity for such violations, after three births, there is a threat of osteoporosis bones.

Important! By eating foods rich in calcium, you should know that fully in the body is absorbed only calcium has not been subjected to heat treatment. For example, the calcium in cooked cheese, unchanged, will be excreted by the kidneys.

Cheese made by heating sour milk to 70 ° C, has an optimal content of easily digestible calcium

Preventive measures the appearance of salts in the urine during pregnancy are primarily in the correction of the diet of women. Diet primarily depends on the type of metabolic minerals.

For example, in the formation of urate salts, it is advisable to consume foods rich in purine acids:

Preference should be given to plant and dairy foods, with the exception of:

In the formation of phosphorus and calcium salts should limit the intake of calcium-rich food, but as a woman in state of pregnancy requires a lot of minerals and trace elements, can not give up foods that contain easily digestible calcium, as calcium and phosphorus may be released by the kidneys because of the shortness of absorption.

Important! Salt does not form crystals in the urinary excretion, and a limitation of its use is aimed solely at reducing the burden on the kidneys.

Evaluating the results of urine analysis, it should be remembered that salty urine is not a deviation from the norm. Cause for concern should be the appearance of a salt precipitate, indicating the increased secretion of salts and minerals in the kidneys. Often with repeated analysis of variance not detected. However, despite spontaneous improvement of results, adequate drinking regime and moderate exercise will help to support the kidneys, burden during pregnancy increases several times. 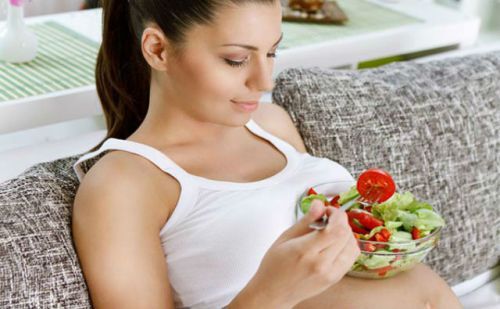 The causes of turbid urine, women 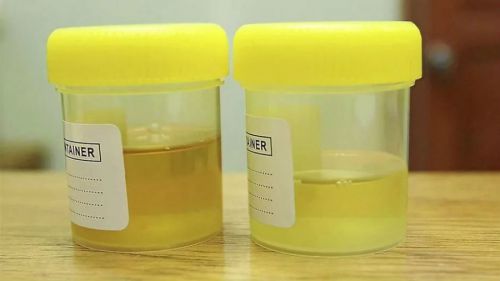 White precipitate in the urine 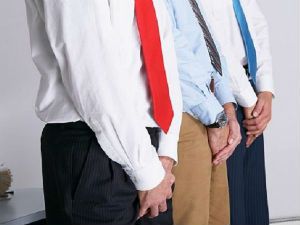 Problems with urination in men