It would seem, what could be more normal and natural than the process of urination? However, even such a simple physiological act can deliver a lot of unpleasant moments.

Often discomfort when urinating are so pronounced that a trip to the toilet can be torture. No matter what symptoms cause discomfort in the urethra or the bladder, their appearance should be a signal to the beginning of intensive treatment.

The main reason why there is discomfort when urinating, is damage to the mucous membranes of the urinary tract.

While the discomfort may be very diverse in nature and manifest itself in the form of:

The epithelium of the inner surface of the urinary tract has in its structure a large number of nerve receptors, responsible for regulation of removal of urine from the bladder. They are responsible for the increased sensitivity of the mucous membrane even to the minimum the negative impact that caused damage.

Typically, discomfort when urinating cause:

The increase of sugar level in blood is higher than 9.9 mmol/l can also cause discomfort in the urethra

If you compare the pathology causing discomfort when urinating, according to the degree of incidence, the infectious disease has rightfully earned the palm.

Cystitis is an inflammatory process that develops primarily in the top layer of the lining of the bladder caused by gram-negative bacteria (mostly Escherichia coli) or staphylococci.

The main symptoms of cystitis are:

In connection with the physiological differences between the sexes, cystitis occurs predominantly in women. A specific barrier to infection on the ascending type in the male body represent the size of the urethra, which is much narrower and longer than in women.

Cystitis, urethritis and other infectious diseases of the urinary tract in men, as a rule, are top-down in nature and are the result of inflammatory processes in the prostate gland. The location of the prostate close to the bladder, greatly facilitate the migration of infectious agents in men in the surrounding tissue, including the bladder.

Bacterial or viral infection of the urethra resulting from non-observance of rules of personal hygiene or the result of past infections (e.g., tonsillitis or pharyngitis). In the latter case, the pathogenic microorganisms into the urethra via the bloodstream.

The main symptoms of urethritis the emptying of the bladder are:

Important! Treatment of infectious diseases of the urinary tract is to use different antibiotics and antimicrobials.

Discomfort after urination can be a result of the development of yeast fungi of the genus Candida. Candidiasis is not always a result of infection in the urethra.

The disease is accompanied by a curd discharge from the urethra (in women, the vagina), burning and itching. At the same time, some relief noted during urination, while in breaks, the discomfort in the urethra increases significantly.

The causative agent is the simplest microorganism chlamydia.

A distinctive feature of chlamydia is its ability to hit all types of fabrics:

The main object of destruction by the chlamydia infection is the genitourinary system.

You experience the following symptoms:

Important! Due to the fact that chlamydia can be asymptomatic nature of the course, late diagnosis can lead to the development of infertility.

Infection of urinary and genital tract of conditionally pathogenic microorganisms. Despite the fact that anaplasmosis is considered to be an infection, spreading of sexually transmitted infections, pathogenic microflora can for several years to permanently remain in the body without causing any damage.

The role of barrier for preventing infection performs the natural microflora of the mucous membranes. Even a small imbalance of microorganisms that can cause uncontrolled growth of ureaplasmas, eventually causing inflammation.

Due to the fact that the development of inflammatory processes caused by Ureaplasma, is the type of urethritis, adnexitis or parametritis (inflammation of the appendages) – the ureaplasmosis is not recognized in the international classification of diseases independent disease.

Gonorrhea is a sexually transmitted disease caused by gonococcal infection. The activity of gonococci causes damage to the mucous membranes of the urinary and genital tracts, accompanied by copious purulent secretions. The incubation period is about 5-7 days, after which the disease becomes acute.

Important! There are cases of self-recovery of the patient after 3-4 weeks of disease, but in most cases if untreated, the infection spreads to the bladder, testicles, and epididymis, causing infertility.

The most common disease of the genitourinary system, the main feature of which is the discomfort after urination.

This is due to the fact that the initial penetration of trichomonads in the organism primarily causes urethritis and only then, show the rest of the complications:

In men, the disease is accompanied by a constant discharge from the urethra, while women with edema and hyperemia of the vaginal mucosa.

Trichomonas is a unicellular parasite of the family of Flagellates

Sensations during urination that accompany the discharge of stones or sand is urolithiasis is difficult to call pleasant. Small stones moving through the urinary tract, have a traumatic effect on the mucous membrane of the ureters, bladder and urethra. This state is characterized by the appearance of pain when urinating, while sitting or walking.

Especially painful condition occurs after urination in men. Long and thin urethra that impedes the passage of even the smallest pieces of stones or sand.
Important! In 80% of cases for urolithiasis accompanied by inflammatory processes, since damage to the mucosa of the urinary tract, of pathogenic microflora allows to freely enter into the epithelium.

Discomfort after urination, in the absence of any pathological signs may be due to neuropsychiatric disorders. In medical practice, this phenomenon has received the name “hypersensitive bladder syndrome”.

Generally, the syndrome occurs in women who are prone to neuroses, depression, have a nervous Constitution and a tense emotional state. Soreness in the urethra and bladder may be accompanied by nausea or vomiting.

A certain proportion among the causes of discomfort during urination, occupy different physiological changes and reactions to external stimuli:

Treatment strategy used in the emergence of unpleasant sensations in the urethra, depends on the results of the survey. In case of pathological changes of inflammatory character, used antibacterial drugs and antibiotics. The choice of drugs depends on the degree of sensitivity of pathogen to particular type of medication.

Effectively removes irritation antiallergic drugs (tavegil, suprastin). If the cause of the violations are hormonal changes in the body, you may need hormonal therapy, which allows to mitigate the sharp fluctuations of a hormonal background. Neurological origin of the pain involves the intake of sedatives and antidepressants.

In the vast majority of cases, the appearance of even mild pain or other sensations during urination can be seen as a timely signal about penetration into the body of pathogenic microorganisms. It is the sensitivity of the mucosal surface of the urethra and the bladder allows you to instantly react to the presence of the pathogen before it continues the further spread. 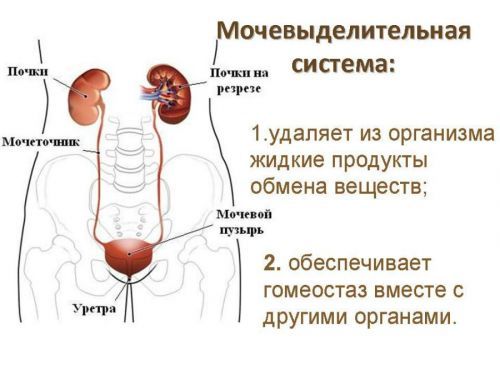 Problems with incomplete release of urine from the body 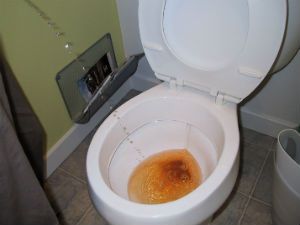 Blood in urine in men 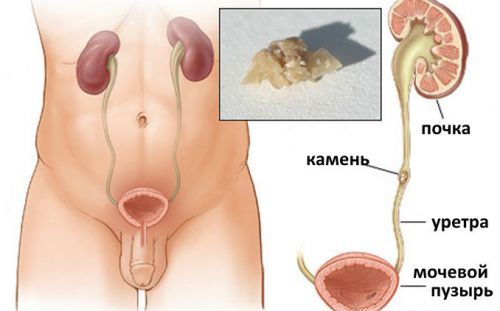 Signs of a diseased kidney in men