A newborn baby is a source of happiness and joy for his parents, grandparents. And at the same time – the cause of constant anxiety and anxiety: is everything all right in the baby, who himself can not say about his condition. A smile or crying, a good calm sleep, temperature, skin color become an object of close attention. Various signs suggest to adults that everything is in order with the child or, conversely, he needs help.

Infant breathing is one of the important symptoms of a baby’s well-being.

How does a healthy baby breathe?

Parents can calculate the number of inspirations and exhalations of the child per minute to compare them with normal breathing.

Please note: with age and, accordingly, the degree of formation of the respiratory system, normal breathing indicators change, the child begins to breathe more calmly:

Counting is performed during a baby’s sleep. For accurate counting, an adult places his warm hand on the baby’s chest.

Loving adults notice any changes not only in the behavior of the baby. They pay no less attention to how the baby breathes. Panting in a baby should alert others. Especially when it is accompanied by a change in the usual rhythm and frequency of inspirations and exhalations, it becomes confused. Often, specific sounds come in addition to this. By moans, whistles, wheezing, it also becomes clear that the baby’s condition has changed.

If the baby’s breathing rate is disturbed, changes in the depth of inspiration and exhalation are noticeable, there is a feeling that the baby does not have enough air, which means that the child is short of breath.

Consider what can be the reason for the baby’s breathing difficulties, which causes him shortness of breath.

When it comes to creating a comfortable stay for a newborn, many mothers and even grandmothers make some mistakes. Ensuring sterile cleanliness, they do not always attach importance to observing the desired air regime. But the baby’s developing breathing system requires compliance with certain conditions.

Compliance with the necessary humidity

Excessively dry air will cause the mucous membranes of the newborn to dry out, which will lead to heavy breathing with the possible occurrence of wheezing. The child breathes calmly and easily when the humidity in the room reaches from 50 to 70%. To achieve this, it is necessary not only to perform wet cleaning frequently, but also to specially moisten the air. Aquariums with water are well suited for this, but if they are not, fill any containers with clean water.

But it is better to refuse carpets, a large number of books, indoor plants: they can become a source of allergies and lead to heavy breathing of the child.

Clean air is the norm for the baby

The fact that the baby must breathe clean air, no doubt, none of the adults. Systematic airing of the room will fill the nursery with freshness. No less important is not only the ban on smoking near the child (even for a walk), but also communication with the baby immediately after a cigarette. A child involuntarily forced to inhale tobacco smoke or air mixed with tobacco tar has breathing problems.

But even under ideal conditions, breathing in infants often becomes difficult.

Every day a healthy baby, growing up and developing, becomes more active and mobile. Getting acquainted with the world around him, he examines the world around him with curiosity, manipulates objects that are in his hands. An adult is required to be extremely collected and attentive and to prevent small objects from falling into the hands of the child.

Often it is they who become the causes of the baby’s heavy breathing. Once in the baby’s mouth, they can then, during inspiration, move into the respiratory tract and become an obstacle to the air flow.

It is also dangerous to get small parts into the baby’s nasal cavity. His breathing becomes hard, wheezing appears, sometimes quite strong. If the child was healthy and fun playing a few minutes before, and then breathed with heavy wheezing, a foreign body in the nasopharynx was a possible cause of the changes.

The main thing is that parents should remember in this case: do not waste time, wait until everything “goes away” and the baby returns to the game again. Immediate contact with a specialist is the right decision!

Young parents may be surprised when experienced grandmothers, noting that the baby is breathing heavily, specify whether the baby has allergies. Do not be surprised. Indeed, in addition to manifestations of food or other environmental factors such as redness of the skin, peeling, rash, allergies can also be a problem for the normal functioning of the respiratory system.

Heavy breathing with wheezing, shortness of breath, tears, constant transparent discharge from the nose are an occasion to immediately contact a pediatrician. Allergy is dangerous and insidious not only by its sudden occurrence, but also by its very rapid development. You can not delay in specifying the diagnosis – an allergy is not a catarrhal disease, without a timely help, a baby may experience a state of shock.

In addition to a foreign object that has entered the respiratory system and an allergic reaction, a variety of colds and infectious diseases are accompanied by heavy breathing of the baby.

Often the cause of shortness of breath of a small child is even a small catarrhal disease (cold, acute respiratory viral infections, bronchial injuries). The mucus that accumulates during cough and runny nose clogs the narrow nasal passages, the baby begins to breathe more often, inhales and exhales through the mouth.

Airway inflammation, known as asthma, is not accidental in Greek means suffocation. The adult notices that the baby is breathing with difficulty, there is a feeling that the baby does not have enough air. This is due to the fact that the child takes a small breath and exhales air for a long time. During physical exertion or during sleep, an attack of severe coughing may occur.

A serious illness, which is a serious problem for adults, becomes a real challenge for newborns. The sooner professionals take care of the treatment, the faster the baby will recover. Therefore, the mother should immediately call a doctor, noticing signs of the disease. Inflammation of the lungs is characterized by heavy baby breathing, accompanied by severe cough.

The general condition of the baby also indicates a serious illness. The temperature rises, sick children become noticeably paler, in some cases, the child refuses mother’s milk or other food, becomes restless.

Other children continue to suckle, albeit sluggishly, but at the same time, such a change in the skin should alert the mother. The triangle formed by the nose and lips of the baby acquires a bluish tint, especially during feeding or when the baby cries. This is evidence of oxygen starvation. And at the same time – an indication of the need for urgent intervention by specialists.

Helping a child who breathes heavily

Shortness of breath occurring in children with various diseases requires consultation and the intervention of professional doctors. What can a baby’s parents do when the doctor is already called, but is not yet near the baby.

First, calm down so as not to transmit your anxiety to a small person.

And secondly, try to calm the baby, because in a calm state it will not be so hard to breathe. To do this, you can perform the following procedures:

Fresh air will make breathing easier for the newborn.

If the child is dressed, it should be possible for him to move and breathe freely. Tight, fettering clothes are best removed or at least unfastened.

Washing helps many children. Water should be comfortable, preferable – cool water pleasant to the baby.

You can give your child a drink. In many cases, with heavy breathing in children, the mouth dries out, the liquid will relieve this symptom.

The pediatrician will determine the causes of the baby’s heavy breathing and make the necessary appointments. Having learned why your baby began to breathe heavily and received recommendations to alleviate the condition of the child, you can help him. Strict implementation of the procedures prescribed by the doctor will return your baby free breathing, he will continue to delight you every day. 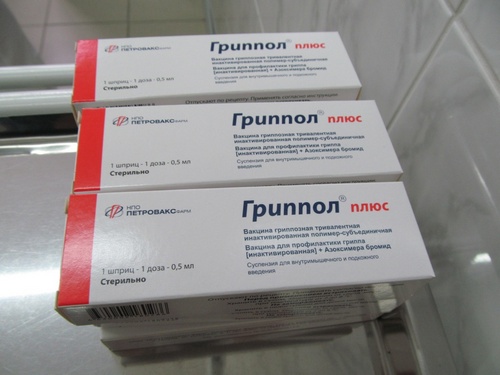