Rheumatoid arthritis is an inflammatory disease which has unknown etiology and is characterized by symmetrical erosive processes of development of arthritis of the joints. This often affects internal organs. Diagnosis rheumatoid arthritis – the procedure is long, requiring patience and responsibility.

I must say that most often, the disease affects the tissues of the joints, ligaments, and tendons. Rare cases when there is a loss of muscle fibers, mucosa eyes, digestive system and lungs. The disease can progress from age 25 to 55 years.

It is important to note that it may take about 9 months from the beginning of the development of disease before will be delivered the exact wording of the diagnosis. This delay is due to atypical early signs of rheumatoid arthritis. If the arthritis is already well in progress, it is to make the diagnosis is not difficult.

As the practice of medicine, the standard picture revmatoidnogo arthritis appears after two years since the development of the disease there is a symmetric form of polyarthritis, which is characterized by damage to the joints of the hands and feet as well as joint parts of the cervical vertebrae.

There are many symptoms that can be attributed to manifestations of rheumatoid arthritis, to them also applies to the stiffness of the joints in the morning. Diagnosis rheumatoid arthritis – a number of procedures, however, before proceeding to them, it should be noted that there are important diagnostic signs.

Unfortunately, the medical practice does not have a specific laboratory signs, which also confirm or exclude the diagnosis of rheumatoid arthritis. However, for the diagnosis of this disease specialists use several indicators, which provide an opportunity to learn about the course of the disease.

The definition of such parameters, together with the total medical picture allow us to speak about effective treatment, giving a accurate assessment possible of the disease.

Rheumatoid factor, which specifically define when the disease is antibodies to the Fc-fragment of IgG. Using modern methods, it became possible to determine only the rheumatoid factor of the IgM class.

In addition, it should be noted that rheumatoid factor is evident with the progression of other diseases, it often appears in serum 10% is absolutely not ill people.

The level of titer of rheumatoid factor increases with the presence of diseases such as:

It is important to know that the presence of Russian doctors do not recognize the powerful basis in order to diagnose rheumatoid arthritis. It also cannot be used as a qualifying method, since only 1/3 of people who have in the body rheumatoid factor really suffered this disease.

Antibodies to cyclic citrullinaemia peptide is considered to be the most effective factor in rheumatoid arthritis. The use of detection of antibodies gave the opportunity to improve the sensitivity to 80%, while the specificity increased to 98%.

Differential diagnosis rheumatoid arthritis anticalc citrullinaemia cyclic peptide is confirmed by more than 65% of all patients in whom rheumatoid factor is identified and confirmed revmatoidnyj arthritis.

In the acute process of the disease in most patients is observed normalitatea normochromic anemia. The main reason for such manifestation is the suppression erythropoda, due to the fact that it increases the amount of iron in the bone marrow. In addition, severe anemia and thrombocytosis indicates the severe stage of the disease.

Having rheumatoid arthritis, the analysis of blood the number of leukocytes contained in the blood of the patient is usually in the normal range. Note that in patients with severe extra-articular manifestations of arthritis, there may be eosinophilia.

In the process of exacerbation of the disease in the serum dramatically increases the level of ceruloplasmin, C-reactive protein and protein compounds, which indicate the presence of inflammatory processes. This entails the probability of the high risk of progression of disease.

Pathological changes in synovial fluid are also significant factors, which indicate the presence and development of rheumatoid arthritis. At this disease the fluid is represented in gray, cloudy and often not very viscous due to the fact that the protein level is significantly elevated and the glucose level is lowered. Statistics show that the number of leukocytes ranges from 5 µl-1 to 50 000 µl-1. Need to add that the increase in the number of leukocytes and a predominance of neutrophils characterize the different forms and stages of arthritis, so much importance in the diagnostic process do not have.

Dramatically reduced such indicators as hemolytic activity of the complement and level of components Sz and C4 in the synovial fluid. This gives grounds to say that the activation of complement under the influence of immune compounds, which are formed in the liquid.

Radiography of the joints

X-ray study of the joints in the early stages of the disease practically does not generate any reliable information about the condition of the patient. Radiography often only determines the swelling of the soft tissues that can be seen in the physical examination study.

In the process of progression of the disease radiographic studies more visible and are expressed differently, they are nonspecific. In addition, rheumatoid arthritis is characterized by the symmetry of the destruction and the specific localization.

A characteristic feature of the disease is the development of juxta-articular osteoporosis, then the destructive processes observed in the articular cartilage and bone. Therefore, the main task of imaging is to determine the degree of destruction of cartilage and detection of the presence of erosive processes in the bone. These aspects are of great importance to assess the effectiveness of drug treatments and surgical intervention.

In addition, to determine the initial symptoms of joint disease sometimes use MRI and bone scintigraphy.

Remember that in the early stages of development of rheumatoid arthritis is very difficult to get answers and the full clinical picture of what is happening. Therefore, we need constant monitoring of specialists, consultations and timely examination. 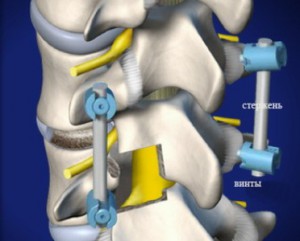 What kind of surgery is a spinal fusion? 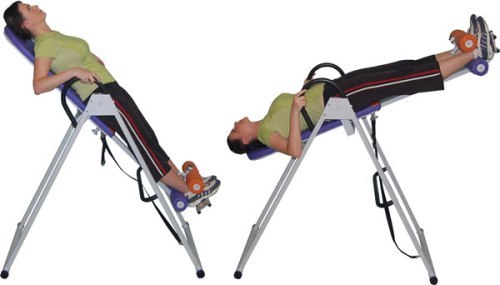 Indications and contraindications for use of inversion table

2 thoughts on “Diagnosis of rheumatoid arthritis: methods for determining disease”