Infantile scoliosis is a very rare phenomenon, which occurs in children only before the age of three. Unfortunately, parents usually seek treatment after changes in the spine are visible to the naked eye. But the earlier the disease is detected, the easier and faster it can be cured.

Usually this type of scoliosis develops in children in the presence of rickets. Therefore, the birth of the baby, parents should ensure that he received a prophylactic dose of vitamin D and often in the fresh air.

The second, equally rare cause is an abnormal development of the spine or ribs. It is most often a congenital condition, which can be seen during fetal development. Corrected these abnormalities in the first year of life by using surgical treatment.

Another reason is scarring from burns and wounds that are literally tightening the skin and not allow the spine to develop normally. Especially for scars located on the back.

Finally, infantile scoliosis can be idiopathic. The reason it is still not clear, but at correct and timely treatment of the disease can be eliminated in the shortest possible time.

Unfortunately, in the first three years to identify scoliosis parents is very difficult. The correct diagnosis can only be experienced specialist, who will determine how the vertebrae is inclined from its normal axis in one direction or another.

In the initial phase the curvature is almost imperceptible and does not exceed 10 degrees. The parents almost don’t notice the stoop, and she’s already starting to become visible.

At the second degree of the angle of curvature becomes larger, and reaches 10-25 degrees. Marked asymmetry of blades and different shoulder height.

The third degree is much more serious. Here, the angle can reach 50 degrees. Complications arise from stablepages internal organs – e.g. heart, liver and lungs. There is a significant deformity of the spine.

The fourth degree is the most complex and the most difficult.

Localization of curvature can also be very different. Most common thoracic form. The curvature is always formed at the level of the 7th – 10th thoracic vertebrae. With the rapid progression violations occur in the functions of the heart and lungs.

In the lumbar region, the disease is much rarer, but more severe. The deformation has two arcs of curvature.

When a lumbar the form of addresses of the first and second lumbar vertebrae. The disease is easy and rarely causes complications. The most dangerous is the curvature at the level of 3 – 4 cervical vertebrae. The deformation is so strong that it leads to pinching the nerve endings and blood vessels. Usually occurs as a congenital variant.

Infantile idiopathic scoliosis in the early stages is diagnosed is difficult. The symptoms only appear on the 3 stages of the disease when it is already significantly progressed. In this case, basic diagnostic criteria should be considered as the asymmetry of shoulders, poor posture, lifting one of the blades.

There are other symptoms that help to begin to suspect this dangerous diagnosis. Are back pain, fatigue, intercostal neuralgia, feeling of extreme fatigue prolonged standing.

Take the army with such disorders, one of the frequent questions. It all depends on the degree of curvature and presence of symptoms.

If the disease was diagnosed in the third or fourth stage, and most often is the case, then the only method of treatment – surgery. It is therefore very important to diagnose the pathology as early as possible, because in this case, you can do special exercises, physical therapy, physical therapy and exercises in the pool.

The easiest thing to correct scoliosis in children up to 3 years, but only if it is first or second degree. The child must take the full course of massage from a professional but also every day to perform gymnastic exercises.

Second degree treated by the same methods, but added a corset and a visit to a chiropractor. Corset helps to contain the progression of the disease, fix the back in the only correct position, and reduces stress on the spine.

In the third and fourth degree of the conservative therapy does not help and surgery will be scheduled. This will help to straighten the spine, but absent further prevention of scoliosis may come back again. 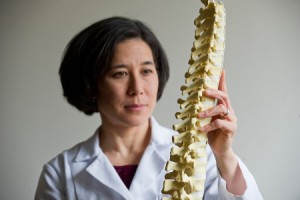 Classification, manifestations and therapy of gliomas of the spinal cord 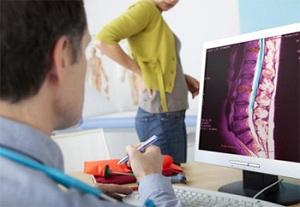 The treatment of spondylosis of the lumbar sacral spine 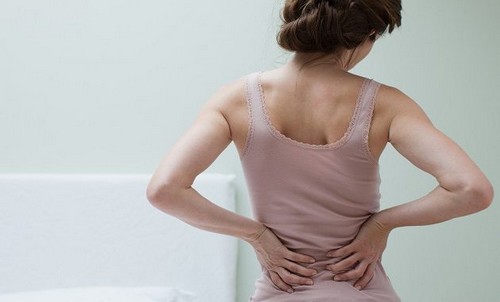