Reiter syndrome is a systemic disease of the whole body, which is of microbial origin. For Reiter’s syndrome is characterized by symptoms of concomitant lesions of the musculoskeletal system (mono – or polyarthritis), nonspecific inflammatory changes in the reproductive system (predominantly in males), as well as changes in the body.

For this disease is typically long-term (chronic or prolonged) course. The treatment is effective in the early stages of the disease, difficult to later. The development of Reiter’s syndrome is most commonly seen in men, rarely in women, even rarer in children.

Classic Reiter’s syndrome is called a representative of conditionally pathogenic microbial flora of the human organism – a chlamydia. For many years was dominated by the medical idea that chlamydia is always present in the genital tract of both male and female body, so can not cause clinically manifestou form of the disease.

However, over time it became known that the presence of a large quantity of this microbial agent in the human body (especially in different areas) and specific changes of immune responses able to cause a typical clinical picture of the disease, which was first described as Reiter’s syndrome.

Exciter refer to the genus Chlamydiaceae Chlamydiaсемейства. Representatives of this class in their morphological properties occupy an intermediate position between bacteria, Rickettsia and viruses.

As well as bacteria, chlamydia, small gram-negative microorganisms coccoidea. Have a cell wall, DNA, ribosomes and are able to multiply by division. Visible in biological fluids, using conventional light microscopy and special staining (e.g., with Romanovsky-Giemsa). Sensitive to action of antibiotics, which greatly simplifies treatment.

Like viruses, chlamydia are only intracellular, as their metabolism is directly linked to the biochemical processes of the host cell. Does not grow on traditional culture media used to culture bacteria. The most successful cultivation in the yolk SAC of chicken embryos.

Some scientists believe that Reiter’s syndrome may be caused not only chlamydia, but also Ureaplasma, classic bacteria (Shigella, Salmonella, Yersinia). However, this option is the microbial cause is not universally accepted. A role in the development of Reiter’s syndrome belongs to a hereditary (genetic predisposition).

The mechanism of development

Chlamydia is transmitted primarily through sexual contact, much less commonly, contact-household (if you are using sponges, towels). Children rarely can see transmission from the mother during the prenatal period of development, especially if the symptoms were pronounced in women.

In the initial stages of Reiter’s syndrome is dominated by the effect of the actual microbial agent, that is reactive changes of the body in response to the penetration of chlamydia. The first in the pathological process involved various departments of the urogenital system, then the organ of vision, and only then – articular apparatus.

You should pay attention to the fact that clinical symptoms are most noticeable at the stage of joint injury, and treatment is more effective at the stage of penetration into the genitourinary tract.

As the progression of the disease (from several weeks to several months) the infectious process is replaced by autoimmunity (autoimmune). Under the influence of an altered immune reactions occur pathological changes in tissues and organs, most pronounced in the joints. Treatment of this stage of Reiter’s syndrome is difficult.

The initial symptoms of Reiter’s syndrome have many similarities with other urogenital diseases.

In men is urethritis, rarely prostatitis or cystitis. One feels discomfort while urination (especially in the morning), noted the presence of mucous secretions (no peculiar smell and color change) from the genital tract. It is also possible pain of moderate intensity during the intercourse. At the same time, men have this syndrome (early disease) is often asymptomatic.

In women, Reiter’s syndrome also has no characteristic features. Most is often noted development the combination of cystitis and urethritis, cervicitis, possible involvement in the pathological process of deeper lying sections of the urinary tract. It should be noted that a woman may not pay attention to the symptoms of the urogenital tract, as they expressed very moderately. Burning in the region of the outlet of the urinary tract, redness and itching of the mucosa often is not a cause for concern. Serious violations of the menstrual cycle, bleeding and significant pain syndrome is not observed.

Symptoms of the urinary tract in children do not differ from those of adults. However, the little patient may be more sensitive to pain syndrome: no reason to cry, draw the legs to the abdomen, to refuse to go to the toilet. Such a sudden behavior change in young children must alert parents.

The defeat of the organ of vision occurs a short time after urogenital symptoms. Reiter syndrome is characterized by involvement in the pathological process of all departments of the eye, but is dominated by the defeat external departments.

It should be noted that Reiter’s syndrome is not characterized by severe destruction of the organ of vision. Usually, symptoms of conjunctivitis or keratitis mild. At the same time, the defeat of deep departments (retinitis, neuritis, uveitis) because of the rapid decline of visual acuity is rarely associated with the specificity of the syndrome.

In children Reiter’s syndrome at this stage can generally be overlooked, because children in General hampered by the subjective rating of visual acuity. Treatment often is delayed or never performed.

The defeat of the musculoskeletal system – the final stage of Reiter’s syndrome – can go unnoticed, often diagnosis and treatment begin at this stage.

Reiter syndrome is characterized by the following distinctive signs of lesions of the musculoskeletal system:

This syndrome is not only productive signs of acute inflammation and the development of atrophic processes. As the progression of the disease, people noted atrophy of different groups of the affected muscles, which is manifested by weakness of the lower extremities, sudden fall, changes in the configuration of legs, flat feet. Exactly atrophic and inflammatory changes in the joints lead to chronically relapsing course of Reiter’s syndrome

In children changes in the locomotor apparatus expressed as in adults, but more visible. The child may suddenly sahamati visually can be observed the asymmetry of the limb and General growth retardation.

Diagnosis of Reiter’s syndrome is based on the following points:

The treatment of this disease involves the effect directly on the pathogen (chlamydia) and the elimination of inflammatory changes in the affected organs.

Antimicrobial treatment includes the administration of funds, are able to penetrate intracellularly. This is a group of tetracycline (tetracycline and doxycycline), fluoroquinolones (3E and 4E generation Gatifloxacin), macrolides (azithromycin). The duration of treatment is not less than 14 days.

Inflammatory processes of the musculoskeletal apparatus can be eliminated the influence of the course of NSAIDs (nimesulide, celecoxib, meloxicam). In severe cases can be treated using corticosteroids. Enough effective systemic anti-inflammatory enzymes (serratiopeptidase).

Treatment of injuries of the organ of vision is carried out with local resources: anti-inflammatory drops or ointment. With a significant reduction of visual acuity shown drugs that enhance local blood flow and metabolism. 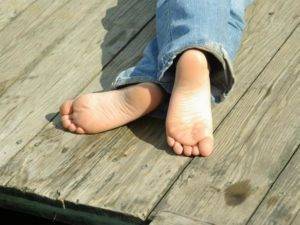 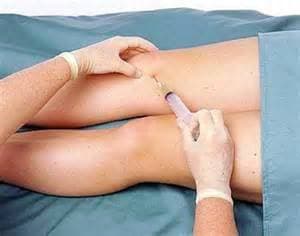 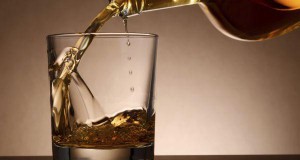