Kyphoscoliosis – pathology of the spine, which combines direct and scoliosis, and kyphosis. The bending angle is more than 45 degrees. Depending on which way your spine is curved, it can be either right-hand or left-hand.

Rigid kyphosis, and kyphoscoliosis is a condition which is typical for children 13 – 15 years. Pathology appears often without apparent reason. First it begins to develop a rigid kyphosis and already he is joined by scoliosis.

Pathology is both innate and acquired. While the cause of congenital anomalies are all kinds of violations of fetal development.

With regard to acquired forms, the main reasons are:

Despite this variety of reasons, 80% of all diagnosed cases to say exactly what was the precipitating factor or the impetus for the development of the disease impossible.

Rigid kyphosis, and kyphoscoliosis have a clinical picture that is similar to many other types of spinal curvature. First and most significant sign of the onset of pathology – dyspnea that occurs when the slightest exercise. This is due to the malfunction of the lungs due to compression of their ribs as a result of the curvature of the chest.

The second pronounced characteristic slouch, but you can detect it is already in the midst of disease. In the initial stages it does not manifest itself.

The third symptom is back pain, which is not always the case. Here all also depends on the stage of the disease and how fast is the progression of curvature.

Other apparent symptoms of illness that require treatment to the doctor can be attributed to the violation of the sensitivity in the legs, fatigue, especially during prolonged stay in one position, sitting or standing, the disruption of the heart and blood vessels, and urinary incontinence.

The clinical picture also completely depends on the severity of the spinal curvature. For example, if the first degree diagnosed minimal deviations from the normal arrangement of the vertebrae.

At the second degree lateral deviation becomes more visible, there is a twisting of the spine, which suggests that the process began to progress.

In the third degree appears deformation in the chest area that leads to the formation of hump.

Finally, in the last stage appears pronounced deformity of the spine and thorax, and sometimes of the pelvis.

To the disease was diagnosed, requires consultation of the orthopedist and neurologist. During the examination the patient should undergo study by other specialists and if necessary – x-rays, CT and MRI.

Treatment method will depend on the stage of the disease. For example, if it is the first or second stage, that is, the disease is just beginning to show itself, its progression can be slowed down with the help of specially conducted procedures. This can be massage, personalised gymnastics, classes at the gym, the constant wearing of a corset, physical therapy, manual therapy, acupuncture and more.

Treatment of a rigid kyphosis and kyphoscoliosis third and fourth degree is possible only surgically. The operation was conducted in the neurosurgical hospital, and for fixing the vertebrae in the desired position using special hardware.

After surgery, the patient needs a long time to wear a plaster corset, which will not allow the vertebrae to return to its original position.

To prevent diseases is very important to its early prevention, which is the proper body position while sitting, active lifestyle and no bad habits. 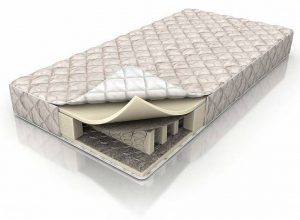 How to take care of the patient back and spine to organize a quality vacation? 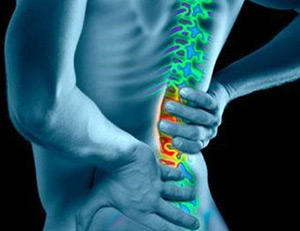 The treatment of discogenic sciatica spine 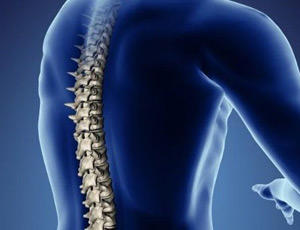 The symptoms and treatment of dorsopathies thoracic