The findings come after British health watchdog NICE (National Institute for Health and Care Excellence) issued a warning last month that cotton buds are a ‘hazard’ to ears.

Many of the patients seen did not realise the objects they had used to poke inside their ear canal could cause injury, push earwax further in, or even burst their eardrum, the authors of the study warned.

The majority of eardrum perforations are caused by people injuring themselves with cotton buds, hairpins, toys, combs, pencils, straws, toothpicks and lollipop sticks, a new study has revealed.

Two thirds of patients treated for the injury had stuck ‘instruments,’ in their ears found researchers from the University of Toronto. Nearly half of these cases involved cotton buds

A ruptured eardrum is a hole or tear in the thin tissue that separates your ear canal from your middle ear.

While it usually heals within a few weeks without treatment, it can result in hearing loss and also make your middle ear vulnerable to infections or injury.

Researchers looked at five years of records from 100 emergency departments in the US and found over 900 visits for ear-related injuries.

‘In our experience, cotton tip applicators (Q-tips and similar products) are frequently the instrument that patients will use to clean their ears,’ lead author Dr Eric Carnoil, an otolaryngologist at the University of Toronto, told Reuters Health.

‘Our conjecture is that the majority of these injuries were caused by patients trying to get their own ear wax out,’ he said.

The tympanic membrane, or eardrum, is a structure that transmits sounds from the outer ear to the bones inside the ear, and perforating the membrane can lead to hearing loss, Dr Carnoil and his colleagues wrote in the journal JAMA Otolaryngology Head & Neck Surgery.

Otolaryngologists see many patients in the office with eardrum perforations that are most often caused by ear infections or trauma, he noted.

The current study focused on the traumatic causes of eardrum perforations. Many patients do not realize they can often injure the ear canal, push earwax further in (impaction), or even burst their eardrum, he said.

The study found that about 60 percent of patients were male, and most were 18 years old or younger.

Water activity, such as water skiing and diving, was also an important cause of injuries particularly among teenagers and 19- to 36-year-olds.

HOW TO TREAT EAR WAX BUILD-UP YOURSELF

Usually earwax falls out on its own. If it doesn’t and blocks your ear, put 2 to 3 drops of olive or almond oil in your ear twice a day for a few days.

Over 2 weeks lumps of earwax should fall out of your ear, especially at night when you’re lying down.

There is no evidence that ear candles or ear vacuums get rid of earwax.

A pharmacist can help with earwax build-up

Speak to a pharmacist about earwax build-up. They can give advice and suggest the treatment. They might recommend chemical drops to dissolve the earwax. The earwax should fall out on its own or dissolve after about a week.

Don’t use drops if you have a hole in your eardrum (called a perforated eardrum).

Not all GP practices remove earwax

These treatments are usually painless. You might have to pay to have them done privately.

How to clean your ears

Reuters also spoke to Dr Hamid Djalilian, a professor of clinical otolaryngology at the University of California, Irvine, who wasn’t involved in the research.

He said: ‘A little bit of wax will stick to the Q-tip and make the user feel great about themselves that they accomplish something, but chances are approximately five to 10 times more wax was pushed in.

Dr Carnoil said many patients come into his office asking how they should clean the wax from their ears.

‘Earwax is made in the outer 1/3 of the ear canal, and it is water-soluble. Therefore, after a shower, most people can get away with just using a washcloth to wipe the wax away from the ear,’ he said.

According to NICE guidelines, the ear canal is ‘self-cleaning’, with excess wax falling out on its own, and that the entrance to the ears can be cleaned with a damp flannel.

Rather than manual syringing, which can cause trauma, Nice recommends ‘ear irrigation’, in which an electronic machine pumps water safely into the ear at a controlled pressure to remove problem wax. 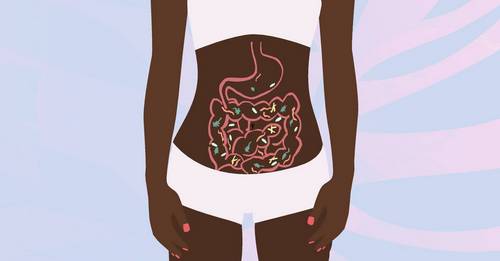 Want to know how healthy you *really* are? Have your microbiome mapped. 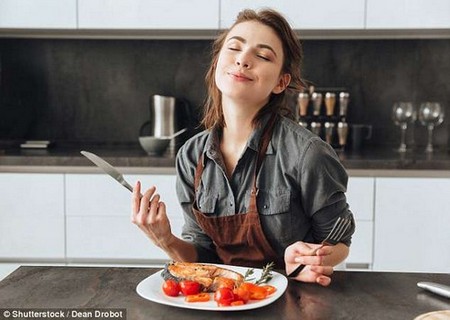 Study finds you should eat all your meals before 3pm