You’ve probably been warned about Toxic Shock Syndrome at some point, and have spent every waking second since that moment being totally and entirely petrified of it.

It’s little wonder; although rare, the condition can develop in a matter of hours and can be fatal. But instead of being petrified by the prospect and panic each time you’re on your period, it’s even more important to know exactly what to look out for, and what to do about it.

What is Toxic Shock Syndrome?

Toxic Shock Syndrome is a potentially life-threatening condition caused by certain strains of bacteria, which are usually found on the skin and on mucous membranes, and normally exist without causing any issues. However, under the right conditions, these bacteria can flourish and multiply, all the while producing toxins that build up and up to cause a whole host of extremely serious complications.

One such particularly hospitable condition for these bacteria is an internal period product, like a tampon or a menstrual cup. The moisture, warmth and absorbency creates ideal conditions for the bacteria to flourish, and as a result, to produce dangerous levels of fatal toxins. Toxic Shock Syndrome is mostly associated with the “super absorbent tampons” produced in the 1980s, however, these types of tampons have been discontinued and the number of cases of TSS has dropped dramatically as a result. In fact, according to the UK Public Health Laboratory Service, there are only 40 cases of TSS per year in the UK.

Contraception: all the birth control options and what you need to know

While it is very rare, it’s crucial that you know how to identify the onset of Toxic Shock Syndrome in its early stage. So, we’ve laid out every single symptom so you can be best equipped to act fast – the quicker the condition is treated, the better the outcome.

It sounds silly, but your chances of developing TSS are increased by forgetting to remove a tampon or leaving it in for too long. According to the NHS, you should never leave a tampon in for more than 8 hours. If you have forgotten to remove yours, remove it immediately and be aware of developing any of the following symptoms.

Unlike a cold or flu, TSS develops very quickly, over a matter of hours. If you develop a fever of 39 degrees Celsius or above and have reason to believe the cause could be TSS, visit your nearest A&E department.

The bacterial toxins cause the body to go into shock, so a sudden onset of flu-like symptoms is one of the signs to look out for. These can include chills, sweats, feeling or being sick, headache, red eyes and throat, but is unlikely to include the respiratory symptoms of a cold like a runny nose or a phlegmy cough.

If you are developing TSS, you may develop a sunburn-like rash, particularly on the palms of your hands and soles of your feet but can occur anywhere, which looks sore, red, shiny and may blister.

Confusion or feeling disorientated is your body’s way of telling you everything isn’t OK. If you experience confusion, make sure to tell someone immediately and do not try and drive yourself to hospital or go anywhere alone.

Needless to say, this is a serious symptom that requires urgent medical attention. Why you SHOULD cover your ears when a train goes past 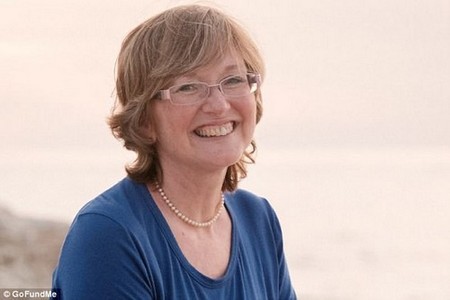 Twitter users explode over photo of mother with young-onset dementia