Relations between men and women are ideal only in romance novels.In practice, communications, if they have gone beyond the platonic, are marred by concern for health in the most delicate sphere.

Answers to some questions about indecent diseases, which cause a lot of controversy and misunderstanding, the correspondent of SE recognized the obstetrician-gynecologist of the highest category of the clinic “Naedine-N” Svetlana Vedasheva.

Can infection be prevented if there is an accidental unprotected sexual intercourse?

At home, you need to wash yourself with water, even with soap, urinate, treat the genitals with chlorhexidine. In an extreme case, rinse with acidified water. To do this, squeeze a lemon on a liter of water. But remember that frequent syringings disrupt the microflora of the vagina. In addition, all post-effect measures are effective by no more than 50 percent – they reduce the risk, but nothing more.

And if you see advertising means, where they promise 100% effective protection against infections, then this is a fraud. Only medicamental prophylaxis will be effective provided that you have time to get to your doctor within two days. He will prescribe small doses of broad-spectrum antibiotics according to a special prophylactic scheme. These measures are effective, so long as the infection, if it occurred, is not complicated in any way. Any self-treatment is prohibited: dosage of the drug is selected strictly individually. If you do not get to the doctor within the specified time, do it as soon as possible: the incubation period of most diseases is about two weeks.

Can I get infected with oral sex?

It is possible, and very easy.

When oral sex is perfectly transmitted chlamydia: they cause pharyngitis, then carry the flow of lymph and blood and cause damage to the joints, liver, eye disease.

Orally, trichomoniasis, gonorrhea, syphilis are also freely transmitted. And for this, no additional conditions are needed, except contact of mucous membranes.

And is there a domestic way of infection? Can I get it through a shared towel, in a sauna or pool?

This confusion has to be debunked very often. To get so infected, you need a lot of conditions: if a naked patient was sitting in one place, and after that his allocation was on the genital of another. For an adult, if it is in a sane state, this is impossible. In this way, children can get infected, but only with extreme inattention of adults: through the pot, which is used by the patient, or when using a common sponge.

The question of chlamydia: today many people think that every second person is sick, and that it is almost normal, therefore, it is not necessary to treat it without complaints …

This is a dangerous erroneous opinion. Most likely, there is confusion: chlamydia is really a common disease, even birds transmit it: the so-called ornithosis is spread, for example, by pigeons, and in people it causes bronchitis and pneumonia. Chlamydia is a great variety, but only a few of them cause the genital clamidiosis, of which we are speaking.

Chlamydia can not hurt “a little” – it either is or does not, and if it is not treated, complications arise: inflammation of the appendages, difficulties with conception, miscarriages and infertility.

The consequences of chlamydia are reflected in other body systems, causing urethritis, arthritis, conjunctivitis. As a result, people turn to anyone, but not to a gynecologist and a venereologist.

But it happens that the partners are treated, and after a second study they again have an infection …

This is a very delicate situation. The doctor of a good clinic is interested in curing the client the first time – this is a question of our prestige. But the effect depends on many factors. There are things that do not depend on the doctor. For example, the question “is the partner treated?”. Today, many couples live separately, and a woman can not be responsible for how strictly a man is performing recommendations. If we are treated for couples, I recommend that a woman give her pills literally from her hand, because any pass reduces the effectiveness of treatment. Often a man is difficult to force to come to be examined.

And one more thing: we can never be 100% sure of another person. And if a woman says that “he has no one” and the disease recurses, then I as a doctor have to doubt: is there any third person in this pair?

In addition, treatment is ineffective if the couple does not fulfill the ban on sexual activity during treatment.

That is, the entire period of taking drugs can not have sex? And with a condom?

Condoms do not protect you 100 percent – they tear, fly and there are substandard …

And if they are quality, do not rush and do not fly off?

According to the AIDS Center, the figure in the world literature is about 87 percent of the protection. In addition, judge for yourself: what did you do before you were going to put on a condom? You had a love foreplay. Hardly it was without hands: he touched it, she it … And then you remembered that soon the process will go further, and put on a condom. Touching is enough to infect, especially to control yourself in these moments is difficult …

Of course, it is absurd to force to turn off from sexual activity for all two months of treatment, and we are going to meet them. So, in the first period, when there is an immunocorrection, you can have sex. Strict prohibition exists only at the time of taking antibiotics. In addition, treatment should be carried out in parallel. Failure to comply with all these recommendations together reduces the effect of treatment.

And if the results of the analysis of the partner is all right, should he be treated?

Examination is a special topic. To date, it is believed that even a known PCR may not give a 100-percent result from the first time, it is better to do it three times. A high degree of detectability is provided by complex studies: identification of genes of the pathogen in scrapings, antibodies in the blood, bacteriosyls on the pathogen. One can not underestimate the difficulty of diagnosis in men: they have little secretions, often analyzes are taken in a hurry, without provocation and preparation.

Situations where a woman is diagnosed with one infection, and a man has another or nothing at all, very frequent. We recommend in this case not to understand, but to begin parallel treatment of the detected infections, even if one of the partners has a negative result. This is the rule. To one to be treated it is useless.

And if a woman does not bother, is there a need to check for infections and how often to conduct such examinations?

A woman should visit a gynecologist twice a year and be checked not only for infection: you need to exclude oncology, find out if there is erosion, polyps, papillomas … Often a woman brings us a feeling of discomfort, she comes to the reception and usually says: “I am concerned about thrush … “. Today I already treat this with a smile: after all, most often this begins our conversation about sexual infections, and not about thrush. 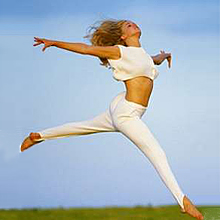 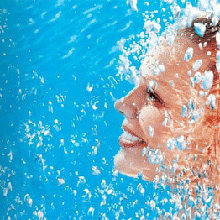 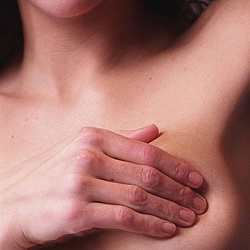