Meanwhile, oncologists note that in recent years, the number of cases of malignant skin tumors has been increasing in Novosibirsk, and this is due to increased solar activity. About the nelaskovom the Siberian sun and about that its excess is threatened, the correspondent SHE talked with the main oncologist of GUS of the mayoralty of Novosibirsk, MD, professor Sergey Vasilyevich Sidorov.

Actively warming the sun and beckoning us to soak under the warm rays. We all know that from the sun the skin dries and grows old, but it does not stop us, because the fashion for tanning is already a classic.

“Skin cancer” – what does this concept include?

To begin with, it is worth noting that malignant skin lesions can be divided into three groups: actually cancers, melanomas, sarcomas. These are different forms of malignant formations. In the structure of oncological incidence, skin cancer is 9-11%. They are distributed approximately as follows: skin cancers – 8-9%, 1-2% are melanoma, about 0.5% – on sarcoma. Melanoma occurs 10 times less often than skin cancers, but this is one of the most aggressive cancers in general, and it is worthwhile talking about it in more detail.

How does it arise?

Melanoma is a malignant tumor that is formed during the degeneration and subsequent uncontrolled division of melanocyte cells, which normally reside primarily in the skin and produce a coloring substance – the melanin pigment – under the influence of ultraviolet radiation. Melanocytes in large quantities are found in pigmented nevi, called in the home by birthmarks, so melanoma can also develop from these fairly harmless formations that are found in most people. The insidiousness of melanoma lies in the fact that once it emerges, it quickly develops on the surface, and then quickly spreads through the lymphatic and blood vessels to other organs, where new foci of its growth arise. This process is called metastasis. If a person has many birthmarks, then he is in danger?

Any birthmark is the deposition of melanin, but not any birthmark will lead to melanoma. The nevuses are divided into melanoma and melanoma-dangerous ones. Only a doctor can determine this. Melanoma occurs under the influence of provoking factors, first of all it is ultraviolet radiation, traumatization of nevi.

In women, melanoma occurs twice as often as in men. This is due to their other hormonal background.

How dangerous is the sun in Siberia?

People who spend a lot of time in the open sun in any region are always at risk. The closer the region to the south, the more common is melanoma. If we talk about our region, the incidence of skin cancer and melanomas in Novosibirsk is slightly higher than the average for Russia. Perhaps this is due to the existence of an ozone hole located above Western Siberia. True, it is difficult to say for sure whether it captures our region.

Such a factor is also important: today, even in the northern European countries, there is an increase in oncological skin diseases. This is due to the fact that there people’s well-being allows them to go on vacation in hot countries. Spending a lot of time in the sun in southern latitudes, they receive intense ultraviolet irradiation. We have the same processes today: people go two or three times a year abroad

What signs suggest that the mole is a danger?

It is necessary to be alert when the pigmentary nevus changes color in any direction – darkens or brightens if it increases from month to month, if a large spot begins to lose the dermal pattern (in the norm it repeats it), it became glossy if the hair cover is reduced, and also if the pigmented spot began to peel or slough off, or a wetness appeared on the surface. An alarming symptom is the appearance of small dark dots surrounding the stain, as well as an increase in the lymph nodes closest to the outbreak.

Well-known cases of the diagnosis of melanoma after trauma of pigmented skin formation. If you have damaged the birthmark, then consult a doctor, and not to the therapist and not to the dermatologist, but to the oncologist!

In some cases, their preventative removal is indicated: for example, if the nevus is in a place of elevated temperature (in the armpits, in the groin) or where there is an inconspicuous permanent trauma – rubs it with a bra strap or collar. On the feet and palms of the nevuses usually need to be removed – there are more often melanoma-dangerous nevuses, and it is better not to bring them to traumatization.

The modern methods offered in the salons are safe for the removal of moles?

I often see cases when, a few months after the removal of the pigmentation spot in the salon, the patient comes with an evolving melanoma. If the removal is not complete, then there is a powerful irritation, and this is the triggering mechanism of tumor development. You can remove moles only after consulting with an oncologist. If he has the slightest suspicion, the removal must be done by a specialist and under special conditions. If the birthmark is safe for health, then it is possible and at the cosmetician. And in any case, do not use folk remedies for their self-removal! This is fraught with rebirth.

Can I sunbathe without harm to my health?

You can not sunbathe under direct sunlight, especially blue-eyed, red-haired and blondes. If the family had cases of skin cancer, these people are generally not suitable for sunbathing.

Of course, do not give up sunbathing, but you need to know the extent: after bathing, go under the awning. The necessary dose of ultraviolet and a light tan you will get and so. And in the pursuit of chocolate tan very much at risk.

If the desire to tan is still outweighed, you are in the sun until 10 am and after 17 pm.

Sunscreens reduce the risk of the disease?

On the contrary! With their help, you protect the skin from burns, and not from the influence of ultraviolet, which can cause the degeneration of cells of benign nevi.

You put the cream on your skin and relax in the sun for several hours without getting a burn, and ultraviolet as an extremely dangerous carcinogen continues to affect the nevus negatively!

A person who has not applied the cream, after a while, begins to experience discomfort and hides in the shade, but in the end turns out to be in a more favorable position. Therefore, sunscreen cosmetics should be used wisely, especially white skin: its use does not mean that you can safely stay in the sun for hours.

And a solarium? It is often said that, sunbathing in a solarium, we are more prepared for the summer sun …

The solarium itself is not dangerous, it does not contribute to the development of breast or genital cancer, as is sometimes believed. This is an unreasonable statement. It is dangerous only for dermal neoplasms, especially pigmented nevi. The ultraviolet spectrum in the solarium is very powerful and strongly irritates the pigment cells. It’s the same sun, only much more intense. If we follow the logic that tanned skin is more “protected”, then people of the Negroid race should not be melanoma at all. In fact, this is not the case – it does not depend on skin color. It’s just that the fair-skinned northerners are more susceptible to the damaging effects of ultraviolet radiation. 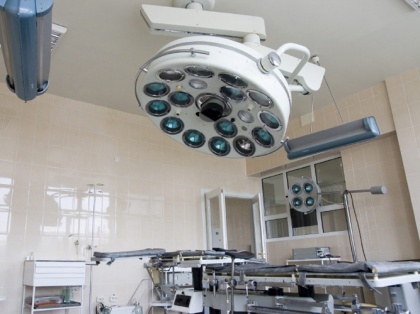 From early diagnosis to intimate plastics: the possibilities of gynecology in Novosibirsk 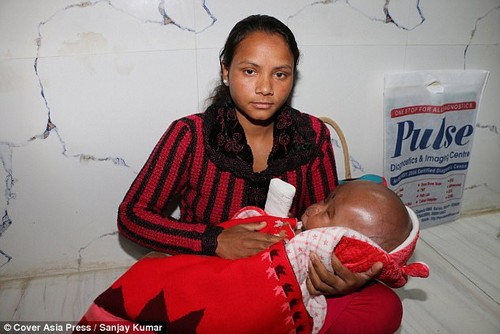 Indian baby’s head tripled in size due to hydrocephalus