Sometimes it is very necessary to quickly eliminate the pain in the abdomen. And then most often come to the rescue medication: antispasmodics, or, in extreme cases and only with the permission of the doctor, analgesics. However, doctors suggest not to use pain pills.

The reason is simple – the appearance of the spasm indicates some disturbance in the body, and painkillers only mask the problem. This can lead to disastrous consequences. For example, if acute pain occurs because of appendicitis, acute pancreatitis, and the man chokes her a potent drug, it just puts off treatment for a certain period, but it must be him immediately.

In some serious cases, discomfort occur gradually and go from mild to severe. For the doctor it is very important to know the nature of pain of the patient, their dynamics to make the correct diagnosis. And then again pain killers may interfere with the treatment because they will not allow you to see an accurate picture of the escalating attack, and so the time to identify serious illness. All of this can lead to peritonitis.

Taking any painkillers must be agreed with a specialist. And only in extreme cases when the person one hundred percent sure that temporary and non-serious disorders of the stomach, you can take medicine to ease severe condition.

Determine the nature of pain

Spasms in the stomach can be divided into two types:

The first of these is also called spastic or paroxysmal. The pain comes and goes, it can be long bouts or short, sharp or dull sensations. Such contractions are typical of ulcerative colitis, dyskinesia of the intestines, appendicitis, acute cholecystitis. Dull persistent pain indicate the presence of inflammation in the stomach. They arise, for example, when diverticulitis, irritable bowel syndrome.

Taking pain pills is not recommended in a few cases (when you need urgent specialist help and even hospitalization):

In mild poisoning, the use of drugs from the stomach pain is tolerable. Moreover, there are many safe remedies that deal with symptoms of intoxication, and, therefore, caused by pain, and do not cause harm to the body. Some of them allowed children and pregnant women (but not all, so read the instructions carefully).

A list of the most effective drugs against poisoning:

Activated carbon in almost every medicine Cabinet, however, pregnant to use is contraindicated (cannot be used also when the manifestation of strong edema and gastrointestinal bleeding). In all other cases the coal will help to reduce the feeling of nausea, to cope with frequent diarrhea. It not only adsorbs the toxins, but helps to normalize the levels of urea and creatinine.

Enterosgel today is no less popular, and for good reason. It has no contraindications, even age. Enterosgel effectively removes bacteria, poisons, allergens and other toxins. If the time to start taking it, will come out to avoid stomach pain and other symptoms of poisoning.

It is worth taking Regidrona, which restores the water-salt balance. This is especially important in childhood when the body is most susceptible to the dehydration process. Also known lineks, it helps with dysbiosis. All these funds are suitable for food and alcohol poisoning. When bacterial nature of the disease the doctor may prescribe Antiban or Intetrix, drugs acting on different harmful microorganisms, but their pregnant to not drink.

No-Spa – another leader in the domestic pharmaceutical market. This medicine will help with pain in the stomach of a different nature. Antispasmodics are generally considered the best of pills for adults, eliminates spasms. It is impossible to accept them only in cases of suspected obstruction in the intestines, as they are able in this case, only exacerbate the lamentable condition. With chronic pain (cancer, irritable bowel syndrome) and the doctor prescribes analgesics, nonsteroidal anti-inflammatory drugs.

In extreme cases if poisoning need antibiotics. They are appointed by the doctor, udostoveritsya the exact causes of the disease, and that these pills will help to compete with them.

Medications for a child

If the child has pains in the stomach after poisoning with poor-quality food, which are accompanied by diarrhea, the first thing he’ll need Regidron. The fact that diarrhea from the child’s organism important to the operation of salt and this drug will allow them to recover.

Enterosgel also suitable for children. Child under the age of five years usually give a teaspoon of paste, three times per day. And from five to 15 years – dessert spoon and also three times a day. Enterosgel is suitable Smectite, which is diluted in water and given after gastric lavage and other sorbents. Rinsing is carried out as follows: give the patient to drink plenty of fluids (purified water, mineral water without gas, weak (up to one tablespoon per liter of water) salt solution), to induce vomiting. Successful flushing is when vomit will be clean, without food residue. This procedure has a number of contraindications, for example, the age of 2 years cardiac diseases.

In some cases, the doctor prescribes the prevention of helminthiasis. The medication list add drugs such as Worm or Pyrantel. When the child falls ill you must not delay consultation with a doctor. He will determine the exact cause and choose the right treatment.

Pregnant women need special care to monitor their health. Spasms in the stomach and intestine can not testify about problems in the gastrointestinal tract, as, for example, if the pain is acute, placental abruption or uterine rupture. Of course, such illnesses should be dealt with only by specialists. However, most seizures during pregnancy occur as a result of acute gastritis. According to some, of the four pregnant women the disease manifests itself in three.

The difficulty of the treatment at this stage lies in the fact that taking any serious medication is contraindicated in pregnancy, because the chemicals are bad for the health of the fetus. Treatment is usually limited to light by means of herbs. You can use Enterosgel, which removes stomach toxins, but immediately to deal with discomfort in the belly, he is unable. So sometimes doctors are allowed to take a pregnant homeopathic options, a list of which is small, small doses. For example, the drug Iberogast relieves pain, and the women in the position is 20 drops, but no more than two times a day.

For gastritis can be treated with folk remedies. In normal and high acidity are treated with infusions of yarrow, chamomile and St. John’s wort, at a lower – wormwood, fennel, thyme, cumin. Improve health and decoctions of certain sedative herbs (lemon balm, or motherwort), mineral water.

When the stomach gastritis, medication, too, is better not to abuse. The main treatment is to avoid the bad habits and transitioning to a mobile lifestyle, healthy diet, balanced perception of life’s adversities.

Treatment can involve antibiotic therapy, if the cause of the disease (but scientists have proved that in most cases, gastritis is caused by bacteria) – the defeat of the stomach Helicobacter pylori. These microorganisms also are often the cause of ulcers, which are characterized by pain on an empty stomach.

In many countries treat complex ulcer therapy. For about two weeks the patient takes 3-4 medications. The list of pills and their dosage appoint a specialist.

In any case to delay treatment to the doctor with frequent cramps in the stomach impossible. The sooner the specialist will identify the problem, the more chance to get rid of it and forget.

The types of mixed gastritis 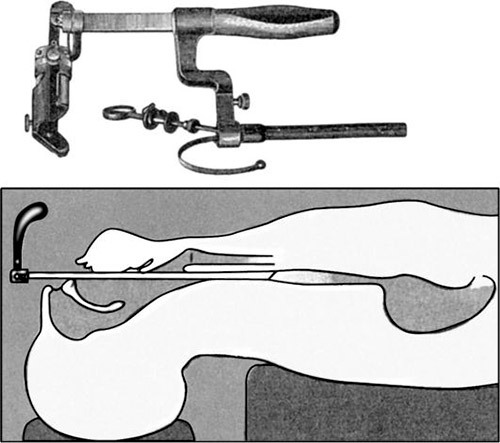