Clinically the disease is manifested by fever, dyspnea, cough, hemoptysis. Diagnosis of pathology involves the detection of virus and antibody to it in the biomaterial of the sick. Causal treatment of the condition includes antiviral drugs; in the treatment also used a symptomatic treatment (antipyretics, mucolytics, and others).

Middle East respiratory syndrome (MERS, MERS) is an acute viral infection of the respiratory tract. For the first time about this disease became known in 2012, when Saudi Arabia identified a patient with symptoms of this disease. By 2015, the epidemic of MERS have covered 25 countries in the Middle East, Africa, Asia, Europe.

The most massive outbreak of infections caused by a beta coronavirus that struck South Korea, killing more than 30 people in quarantine were nearly 3,000 contacts. the Incidence increases in winter-spring season (especially March and April), which is associated with the human infection from young camels. Often affects adults (90%) aged 50 years and older.

The causative agent of the disease – middle East respiratory syndrome coronavirus belonging to the genus beta-coronavirus line C. for the First time in humans the virus was isolated in 2012, had previously been identified only among one-humped camels. The study showed that animals were infected at birth or in the first months of life in the future, about a third of them became asymptomatic carriers of the coronavirus. Hence, sources of infection can be as sick animals and virus carriers.

Human infection with aerogenic transfer mechanism from the camels proved in a small number of cases, most often the cause of infection was the consumption of unboiled camel milk, insufficiently cooked meat, contact with urine, blood and faeces of a sick animal in the care of him. Infection of healthy individuals from sick person mainly by airborne droplets, can be realized by contact with infected bodily fluids and in the home through contaminated with coronavirus household items. Described nosocomial infections: the South Korean epidemic is the result of a hospital acquired infection from patient zero with imported case of the disease.

The pathogen is unstable in the environment: sensitive to the effects of standard doses of disinfectants, UV radiation and heat. Risk groups for the disease are older than 65 years, concomitant diseases (diabetes, obesity, pathology of the kidney, heart, lung disease, HIV infection, malignant neoplasms), residents of communal apartments, barracks, dormitories, military personnel, veterinarians, ranchers, employees of zoos, circuses, health workers and employees of the service sector. In children, the disease is rare, cases have been observed among patients with congenital abnormalities (down syndrome, cystic fibrosis, etc.).

The pathogenesis of the disease is poorly studied, post mortem examination due to religious beliefs could not be held in a number of countries. Determined that beta-coronavirus has an affinity to the cells of the bronchial epithelium and to alveolar type 2 pneumocytes, kidney cells and T lymphocytes. When hit in the respiratory tract pathogen actively multiplies in the epithelium of the trachea, causing dyskinesia of the cilia, the cells of the bronchi, causing mass destruction and disrupting mucociliary clearance. Inside alveolocytes virus can cause dysregulatory changes in the genes.

Renal failure in this disease due to the direct damaging effect of the virus, and to a lesser extent, hypoxic tissue damage. MERS detected in histopathologically hemorrhagic manifestations, apoptosis, diffuse lesions of the alveoli, squamous metaplasia of alveolocytes, the phenomenon of bronchiolitis, as well as the formation of eosinophilic hyaline membranes, impaired activity of surfactant. Was described the phenomenon of portal and lobular hepatitis and myositis with atrophic changes in muscles; grey and white matter of the brain, cardiomyocytes in this disease had no specific damage.

Immunity after the disease, its duration, tension are studied; provides information about the possibility of re-infection. It is believed that the virus is able to cause functional paralysis of the system of production of interferon can delay the physiological formation of proinflammatory cytokines.

The incubation period averages 5 days (from 2 to 14 days). Characterized by acute onset with pronounced chills, rise in body temperature to 38-39°C, dizziness, pain in the joints, muscles and throat. In a third of cases observed symptoms of nausea, vomiting, loose, watery stool; dehydration usually occurs. Patients complain of unproductive coughs, worse in the evening or night.

Through 2-4 days develops clinic severe viral pneumonia. Concerned about the appearance of cough with scant sputum, feeling of pressure, tightness in chest, shortness of breath with a tendency to aggravation, sometimes there is hemoptysis. The increase in respiratory failure, forcing patients to take a specific position that facilitates their condition (sitting, leaning on hands). Marks the ceasing of the intercostal spaces, supraclavicular fossae, a cyanotic hue of the skin of the limbs, alteration of consciousness (from agitation to apathy). May be signs of urinary tract lesions in the form of a tendency of oligouria.

Etiological verification of the pathogen and auxiliary diagnosis is physical, laboratory and instrumental methods, including:

Hospitalization in an infectious hospital is required for all patients with suspected infection. Contact person subjected to separation from the team for a maximum period of incubation period of MERS (14 days). Patients are advised to drink plenty of liquids, frequent intake of light and nutritious meals in small portions.

Specific treatment for middle East respiratory syndrome has not been developed. Existing etiotropic drugs with broad spectrum of action should be introduced in the first few days, ideally in the first hours of the disease. During outbreaks in the middle East and Korea the best treatment results were achieved with the use of ribavirin, often in combination with interferon α2β. Successful use of monoclonal antibodies to beta-coronavirus, drugs blood serum of convalescents. The use of systemic corticosteroids did not affect the decrease in mortality of patients with MERS, in some cases, their use was justified by the reduction of the severity of immunopathological reactions.

Symptomatic therapy involves the use of mucolytics, vasoprotection, antibiotics (in the case of proven secondary bacterial lesions), a means of detoxification (reopoliglyukin, glucose-salt solutions) and others. The increase in respiratory failure is an indication for starting oxygen therapy and transfer of patients on artificial lung ventilation.

Prognosis depends on age, presence of comorbidity, timeliness of medical care, but always serious. The average number of days before admission to the hospital is days 0-4 from the onset of clinical manifestations; until the occurrence of a condition requiring urgent resuscitation, ‒ 1-5 days of onset. Death often occurs within 5-11 days; mortality rate when the disease is about 35 %.

Of means of specific prophylaxis (vaccines) at this stage of development of medicine does not exist but is being actively developed in this area. Non-specific prevention is the avoidance of visits to the countries with a high incidence of MERS (UAE, Saudi Arabia, South Korea, Bahrain, Qatar and a number of others), eating camel meat and unboiled milk, the rejection of events, contacts with sick people and animals. When stimulated with a potential source of infection we recommend the use of disposable masks or respirators, goggles or visors on his eyes, gloves, gowns (these rules apply to healthcare workers), frequent hygienic washing of hands with soap or antiseptic agent alcohol-based. 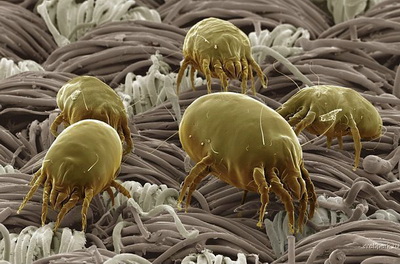 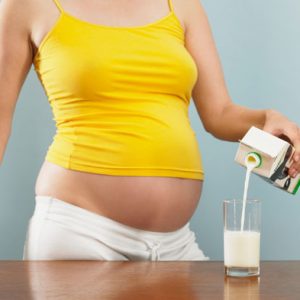 Listeriosis during pregnancy: a disease of “refrigerators” and its risk to the fetus