In the event of pregnancy, it is necessary to register as soon as possible to the gynecologist, who first by palpation, and then using ultrasound will be able to determine deviations from the norm even in the first weeks.

For timely diagnosis and elimination of ectopic pregnancy should monitor the state of health and pay attention to all suspicious symptoms.

In conjunction with underestimated, for an appropriate period, the level of hCG and obvious signs of pregnancy, the doctor will confirm the unfavorable diagnosis.

Ectopic pregnancy is finally diagnosed with laparoscopy. The method involves the introduction through a small hole in the abdominal cavity of the chamber, through which the fertilized egg can be seen on the screen.

Getting rid of ectopic pregnancy

Almost always, removal of ectopic pregnancy is carried out promptly. Laparoscopy is used for short periods and in the absence of signs of tube rupture. The operation allows avoiding the abdominal wall incision and preserving the integrity of the tissues of the fallopian tubes.

In more severe cases, during ruptures and internal bleeding, abdominal surgery is performed to stop the blood and remove the fallopian tube.

In some cases of ectopic pregnancy, drug treatment may be possible. Used drugs that provoke death and the gradual resorption of the fetus. They are not prescribed to everyone, because they have many contraindications and can lead to diseases.

Which leads to ectopic pregnancy

In an ectopic pregnancy, a fertilized egg is attached in the fallopian tubes, but it can also be found in the ovaries, cervix, and abdomen. Different causes can cause pathology, but more often they are caused by obstruction or impaired motility of the fallopian tubes. In case of motility disorders, the fertilized egg does not have time to get to the uterus and is fixed to the wall of the tubes. When obstruction in the ovum is not possible to get into the uterus.

Such violations can lead to:

The occurrence of a cervical ectopic pregnancy, in which the fertilized egg is fixed on the cervix, often results in an intrauterine device that prevents its fixation in the uterine cavity. The pathology of pregnancy can lead to low motility of sperm, due to which the egg does not fertilize in time and does not get into the uterus at the right time.

The development of ectopic pregnancy can lead to serious consequences, especially if it was not detected in the early stages. In case of pathology, there is a high risk of rupture of the organ to which the fertilized egg is attached. The process is accompanied by severe pain and heavy bleeding. Particularly dangerous internal bleeding, in which there are strong blood loss. They can be fatal.

A ruptured fallopian tube is more often removed. This does not mean that a woman cannot have children. When carrying out the necessary training and compliance with the instructions of the doctor, safely carry the child realistically. But after removing the tube, the probability of ectopic pregnancy remains high.

With the timely detection and treatment of ectopic pregnancy, the risk of infertility and serious damage to the internal genital organs is minimal. 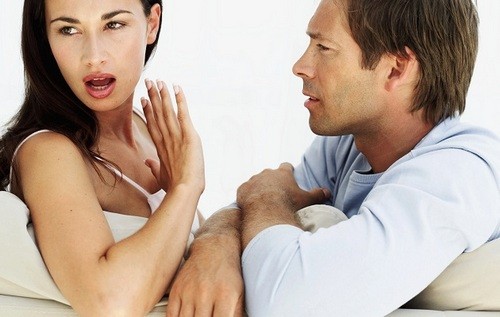 Signs and symptoms of postpartum depression One thought on “Signs of Ectopic Pregnancy”