Sounds help bring order to the life of a small child, make his daily discoveries more attractive, accompany games and accompany communication with parents… That is, they directly participate in the development of the baby.

For a newborn, noise is not a discovery. It was previously believed that the fetus develops in the womb in complete silence. Now we know that there is a continuous hum in the mother’s body: gurgling, heartbeat, rumbling of the abdomen. However, this does not mean that it is easy for a baby to tolerate sound pollution of the atmosphere. A rural child mostly comes across pleasant sounds: birds singing, rustling winds in foliage, distant hum of tractors… A city child is spoiled much less: from the height of his stroller, a small townsman hears all the nuances of the sound of noisy streets. Such littering of the space tires the child and dulls children’s hearing, which is naturally sensitive.

It is important to help your child understand what silence is. Take the baby to his knees, gradually go to a whisper, and then say: “Quiet! We listen to silence… ” This will allow the baby to feel the contrast between the sound and its absence.

At home, we can always muffle the noise penetrating from the street, but we don’t always think about the unpleasant sound effects that populate the apartment with the best of intentions. This, for example, applies to electronic musical toys, which should be handled with a certain amount of caution. Baby loves everything that clinks, tinkles and plays tunes, but if the world is filled with sounds, it becomes more difficult to reproduce them yourself. But babble and the ability to “taste” a variety of sounds are necessary for mastering the language.

It has long been proven that the synthetic sound of button toys is not enough volume. They less accustom the baby’s ear to beauty than the simplest musical instruments: xylophone, whistle, harmonica, tambourine, maracas or even a simple plastic bottle with rice grains! Snail in the ear

The cochlea in the ear At the time of birth, the cochlea of ​​the inner ear that perceives the sound is finally formed, and the auditory canals and centers complete their development only by the age of six. In order for the hearing to develop normally, the snail must be in good condition. It is also important that it is constantly involved, and for this the ear needs sound recharge. Providing the baby with a variety of sounds, we stimulate his auditory abilities, which allow him to show the wonders of perception. The evidence of this is the ease with which children learn foreign languages ​​and catch melodies on the fly.

We do not always realize how actively sounds are involved in the development of the child. Meanwhile, they encourage him to train fine motor skills: if the movement is accompanied by a pleasant sound, the baby will repeat it in order to again hear the sound effect that he likes. Hence this undisguised desire to use our kitchen utensils for other purposes. In addition, sounds help to navigate in space. Like adults, children are, as it were, in the center of the sphere and monitor what happens around 360 °. They are able to determine where the sound comes from if both ears “work” properly. But if one of them does not hear or hears worse due to otitis media or rhinitis, these abilities disappear and the baby is much less protected. Despite the effectiveness of all five human senses, speech still remains an indispensable vehicle of information. The sounds that surround the newborn do not make sense until they are called by those who are nearby. The first time a sound is heard, the baby causes a physical reaction. Sometimes it is a desperate cry or just a confused look that accompanies any new impression. If an adult who is present at this opening explains what is happening (“this is a train, it goes very fast”, “this is a coffee grinder”, “this is your uncle’s voice, it is loud”), the information will be “recorded”. Such verbal designations inhabit the baby’s sound space and ultimately become familiar rituals that make it easier for him to survive separation from his mother. So,

Starting from the 6th month of fetal development, the fetus hears. And not only the voice of the mother, but also (as his hearing becomes sharper) the voices of loved ones, the music and the noise surrounding him. His brain analyzes these sounds and gradually learns to distinguish them. From birth, the baby actively reacts to the noise surrounding it. On less than the third day of his life, he already knows how to distinguish the rhythm and intonation of his mother’s voice from any other woman’s.

He is very interested in low sounds (which he could hardly distinguish during his stay in his mother’s stomach). Sharp or loud varieties of them excite him, while quiet and gentle ones calm him. It remains as sensitive to vibrations as it is in the maternal abdomen. Starting from the 3rd week, the baby walks in response to the tender chanting words of his mother.

Closer to 2 months, the baby begins to babble. After 4 months, he manages to turn to the sound source. As soon as motor development allows, the baby goes in search of this source crawling. By the age of 5 months, he endlessly improvises, juggling sounds like a magician. Between 8 and 12 months the baby begins his first sound experiments: he taps a table with a spoon, shakes with thundering objects… Between 12 and 18 months, he spontaneously responds with bodily facial expressions to some sounds. Starting from 18 months, he already establishes a causal relationship between gestures, words and melodies in order to remember everything he hears. By 2 years, a child can recognize about 20 different tunes. From 3 years old, he himself becomes a performer.

Between 8 and 12 months the baby begins his first sound experiments: he taps a table with a spoon, shakes with thundering objects… Between 12 and 18 months, he spontaneously responds with bodily facial expressions to some sounds. Starting from 18 months, he already establishes a causal relationship between gestures, words and melodies in order to remember everything he hears. By 2 years, a child can recognize about 20 different tunes. From 3 years old, he himself becomes a performer.

Between 8 and 12 months the baby begins his first sound experiments: he taps a table with a spoon, shakes with thundering objects… Between 12 and 18 months, he spontaneously responds with bodily facial expressions to some sounds. Starting from 18 months, he already establishes a causal relationship between gestures, words and melodies in order to remember everything he hears. By 2 years, a child can recognize about 20 different tunes. From 3 years old, he himself becomes a performer. Still not knowing the meaning of the words, the child perceives the melodic voice changes. In all likelihood, he distinguishes the upward intonation of the beginning of communication and impulse from the intonation going down, which signals the end of communication. He also notices other changes in the pitch of the voice, which are designed to hold attention, calm, etc. Pauses young children perceive as the time allotted to them for “conversation”, and fill it with lengthy singing or recitative.

Research has once again confirmed maternal intuition. At all times, mothers spoke with their babies in their own special language. This language is rich in intonation, it is characterized by a simple construction of phrases, a repeating vocabulary, a game with words and their sound. In other words, the basis of the mother tongue is the musical beginning, and the voice when communicating with babies not only comments on what is happening, but also becomes an integral element of the game.

It is known that repetitive, familiar events provide a person with a sense of security. Sounds are also involved in this process. Some of them act as a signal. So, the buzz of my father’s electric razor means that everyone in the house will soon wake up, and the clink of dishes – preparations for feeding.

From words to music

In priceless moments of gentle communication and games, an adult and a child imitate each other. Together they repeat sounds or imitate the voices of animals. Children do it better than adults who have forgotten how to use the amazing capabilities of their voice apparatus. And the child also expresses unexpected strong emotions with his voice: fear, surprise, joy. Toddlers are also very interested in rhythm. Children often accompany their “utterances”: they tap with a toy to the beat and at the same time walk or babble, that is, combine movement and voice.

That is why the nursery rhymes, chants and lullabies intended for very young children are necessarily accompanied or completed with certain body movements: motion sickness, tickling, bouncing.

Such song-games (“Magpie-white-sided”, “By bumps, by bumps”, “Rain, rain, forest”, “From a goose water”), counters and lullabies (“A gray top will come”) exist in all languages, and this suggests that they are indispensable for the overall development of the child. Movements become landmarks that form the musical memory and build a system of perception of space and time, and this can be both folklore and modern songs. And it doesn’t matter if you sing or falsely, remember the words or compose a little.

First, we sing for the child, and then with him. If you often sing to him, by the age of two he will probably recognize the motives of the songs and, even if you sing it without words, will utter a name or a line from the text. And with the help of a gesture or a word, he can “order” a favorite song.

When would you know from what rubbish…

The child is not at all programmed to listen to special “children’s” music. Better listen to a concert performed by a real orchestra than its adapted computer version. It is easier to attach to the music you love, and this is the whole secret. If the elder sister of a two-year-old peanut loves rap, then it is perfect for the baby and he will famously dance for her.

Getting a “musical education” in the family, the baby develops his own hearing with the help of sound and voice games. He finds extensive material for them in everyday life: here a spoon knocks on a plate, a bed creaks, a toy duck with a splash falls into the water. Nature also provides the child with an inexhaustible source of sounds: wind, rain, the noise of steps along gravel… Imitating the moo of a cow or the howl of a wind, the baby tames the fear that arises when one encounters these phenomena that are incomprehensible to him. 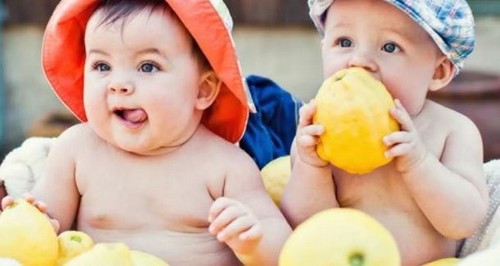 The best ways to strengthen the baby’s immunity 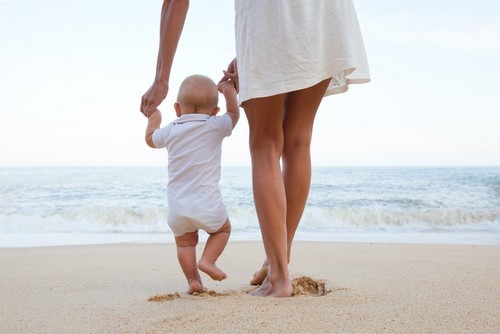 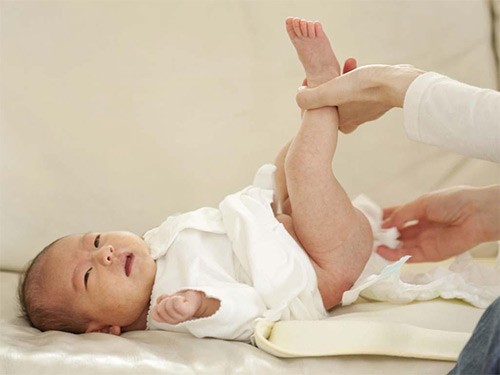