Fracture of the nose (or nasal fracture) is a violation of the integrity of his bone structure, which occurred due to mechanical injury. In fact during such a fracture may suffer not only bone, but also the cartilaginous elements of the nose.

Tissue in this localization is literally riddled with a large number of nerve endings, and small vessels, so a broken nose is accompanied by soreness and bleeding.

This pathology is a common cause patients to plastic surgeons.

Fracture of the nose occurs in practice, clinicians often. This is due to the location of the body (he was in favor of the General outlines of the facial part of the skull), as well as the delicacy of its bony and cartilaginous structures. For this reason, the fracture of the nasal bones confidently takes the first place among other traumatic lesions of the facial skull.

Pathology is most often diagnosed in children and younger men mostly in the age group of 7 to 30 years. This pattern has a purely social background: youths and young males often engage in a power showdown, in which and get whacked in the nose – the lion’s share of these “Boxing” confrontation leads to a fracture of the nose. Men are treated in the emergency room for a fracture of the nose three times more often than women.

In children the peak of trauma to the structures of the nose falls between the ages of 7 and 12 years. Boys suffer more than girls, but in recent years there has been a trend toward increasing trauma adolescent girls, due to the tightening of relations in children’s groups. In children in the first years of life fractures of nasal bones are rare – this is due to the elasticity of bones.

In the older child (7 years) may be a suture between the nasal bones without breaking their integrity.

The number of cases of domestic trauma of the nose, accompanied by his fractures, and in children and adults increases slightly in the summer. In children it is associated with summer holidays, no school and the weakening of parental control.

In most cases, a nose fracture is a closed injury occurs in only 20% of all diagnosed cases, there is violation of the integrity of skin that covers the external nose.

The immediate cause of fracture of the nose is straight, less side impact in its structure.

Traumatic damage of bones and cartilage of the nose is:

In life there are the following situations that can lead to fracture of the bones and cartilage of the nose: In children cause of fracture of the nose is often a fall during active play – especially in locations with hard surface (e.g. asphalt), which are not suitable for children to play.

Occupational injuries as a whole and a broken nose in particular often occur because of safety violations. Most of this trauma is subject to:

Fracture of the nose in a production environment is often observed due to:

Unintended causes of broken nose include accident – during these fractures of the nasal bones are observed at the windshield or front panel car interior.

Conventionally, unintentional trauma of the nose, which leads to its fracture occurs when any power sport – particularly if it involves the presence of an opponent. Most often it is:

Fractures of the nose also is fraught conventionally, power sports, which is not expected of the power of influence, but in fact it could not be avoided, as well as sports that do not to avoid falls. This:

Intentional injury with formation of fracture of the nose, most often triggered by conflict situations and as a result, the solution of controversial questions by using physical force.

In such cases, with a broken nose received in the emergency room after:

The fracture occurs most often when exposed to the nose:

Most often, social conflicts lead to the fracture of the nose:

To include intentional trauma during the fighting – there are so-called military grass (including fractures of the nose).

In addition, the study by a number of factors, against which the bone and cartilage of the nose becomes more sensitive to the traumatic impact. Factors such as:

The weakness of the bone tissue of the nose (and thus, prone to fractures) may occur in certain pathologies of the blood vessels. This:

The involvement of these abnormalities to easy occurrence of fracture of a nose is that a disturbed blood supply of the bone and cartilaginous structures of the nose that do not get enough oxygen and nutrients, causing become weak.

Of all the diseases of blood development of fracture of the nose can help:

The involvement of such diseases to the described pathology is that disturbed nutrition of the bone structures of the nose, as a result happening her weakness and reduced resilience in relation to traumatic factor.

The deterioration in the ability of normal tissues to regenerate and replace old on new nlatok observed in the endocrine disorders such as diabetes – impaired breakdown of carbohydrates caused by the scarcity of the hormone insulin. Similar violations are observed in the pathology of the metabolism of proteins and fats as well as vitamins (particularly vitamin D).

Illustrative example of destruction of bone tissue on the background of infectious diseases is its destruction due to tertiary syphilis. The bone structure of the nose undergo changes at the tissue level, and this contributes to their fractures, even if the traumatic factor is not too pronounced.

Pathology of the bone tissue can also lead to its depletion, which is the weakening of bone structures.

Such processes can be observed on the background of such diseases and pathological conditions, such as:

Chronic, long-term current pathology play an indirect role in the occurrence of fractures of the nose.

Their background can occur atrophy and fragility of bone structures (including the bones of the nose), which contributes to the appearance of their fractures. Is the following pathology:

Depending on whether the described pathology damage to the skin of the external nose, nasal fractures are:

Russian otolaryngologists when dealing with fractures of the nose, use in their clinical practice classification Volkov. According to her nasal fractures are:

After applying a physical force to the nose are possible:

In the latter case, a broken nose can be combined with fractures of such structures as:

All of these structures nasal fracture is most often combined with the trauma of the walls of the paranasal sinuses and the frontal processes of the maxillary bones.

With the combination of nose fracture with a fracture of the ethmoid bone may experience significant bleeding, the cause of which – traumatic injury of the ethmoid artery.

Although small nasal bones, if fractured, can form a large number of small fragments.

If there is a displaced fracture, the bone fragments are among the most likely to shift:

If the impact was from below, it may be isolated damage to the cartilage of the nasal septum while preserving the integrity of the nasal bones.

Trauma to the nose may occur, and it is not too intense shock – this occurs if the person:

Signs that arise from the nasal bone at the time of injury is:

The amount of bleeding depends on the degree of the lesion of small vessels in the soft tissues of the nose.

Violation of the shape of the nose is observed when displacement of fragments of bones.

Soft tissue swelling develops very quickly since the injury. To swell can: Swelling is accompanied by the characteristic cyanosis parcel data.

Subcutaneous emphysema occurs when the rupture of the nasal mucosa. The phenomenon is that some portion of the air into the tissue, there is a kind of “bloat”.

Mucus are observed as a reaction to the fact of the mucosa to trauma.

When fracture of the nose, frequent phenomenon is the violation of nasal breathing. It is due to such factors as:

Pain syndrome subsequently saved, even at the slightest touch to the nose the pain increases sharply. If a broken nose is a fracture of the skull base, can be observed liquorrhea – the expiration of cerebrospinal fluid from the nasal passages. If there are nausea and dizziness, should be suspected brain concussion.

The diagnosis of fracture of the nose put on the basis of the patient’s complaints, details of anamnesis (it certainly appears a fact of trauma of the facial part of the skull), the results of additional research methods (physical, instrumental, laboratory).

The results of the physical examination the following:

The diagnosis of this pathology is easy to put on the basis of complaints, anamnesis and physical examination. But additional research methods are also applied to assess violations that occurred during the fracture of the nasal bones, and related disorders.

Instrumental methods of investigation used in the diagnosis of this pathology is: Laboratory methods in the diagnosis of fracture of the nose is not informative.

Differential diagnosis in this pathology are often carried out in order to make sure it is an isolated fracture of the nose or combined with a fracture of the skull base.

The consequences of a broken nose Complications that can occur when a skull fracture is:

Treatment depends on the severity of the broken nose.

The treatment of fractures without displacement are the following appointments:

When a displaced fracture of the appointment of the following:

If at the same time with a broken nose a fracture of the skull base, the nasal bones reposition of fragments is carried out 2-3 weeks after injury.

Can also be performed a rhinoplasty – plastic surgery to restoration of the correct shape of the nose. The indications for its implementation is:

Prevention of bone fractures of the nose is to avoid situations and circumstances in which there is a risk of trauma to the nose.

The prognosis of isolated fractures with the formation of a small quantity of bone fragments is favorable, if done timely treatment.

If bone fragments have grown together incorrectly, there are: 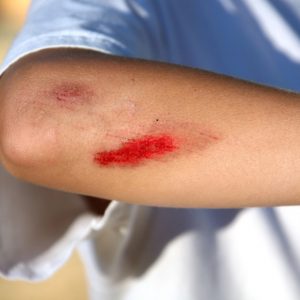 The best means for healing of wounds in children 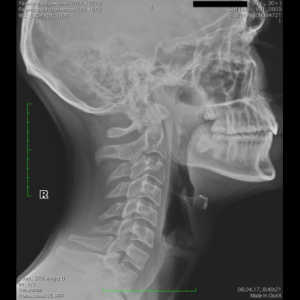 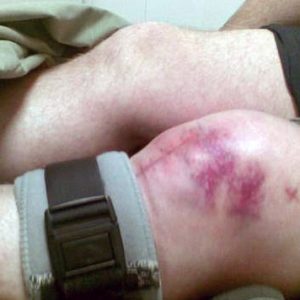 Contracture of the knee joint. Manifestations and treatment