The controversial move tells doctors to push ‘self-pay’ options, some of which cost nearly £9,000. It is said to give GPs ‘greater options to discuss with patients’ but has sparked criticism from doctors and campaigners who brand the move ‘shameless’.

Doctors are recommending NHS patients pay up to £9,000 for non-emergency operations, from earwax removal to hip replacements, to beat waiting times as rationing fears rise.

This comes after news last week revealed patients are to be denied cough medicines, migraine pills and heartburn remedies under sweeping NHS rationing plans. GPs will be told to stop routinely funding thousands of treatments for almost 40 conditions when they can be bought cheaply over the counter instead.

Breakthrough medicines for heart disease and arthritis may also be restricted in future, even if they have been approved by the rationing body NICE.NHS bosses insisted they could no longer afford to pay for routine prescriptions and major new drugs on current budgets.

Doctors could refuse to prescribe blockbuster drugs for heart disease, blindness and arthritis that are routinely offered abroad. NHS bosses said patients may be refused new medicines even though they had been approved by the rationing authority NICE.

The body’s decisions are meant to be adopted by local trusts known as Clinical Commissioning Groups (CCGs). Yet NHS England said CCGs should not be expected to prescribe the new medicines if they could not afford to.

The proposals – outlined in an NHS England board meeting last week – would lead to a huge postcode lottery of promising new drugs. NICE is due to assess dozens of new treatments next year, including those for heart failure, rheumatoid arthritis and a type of blindness known as age-related macular degeneration.

NHS England documents say it would be ‘unfair’ on patients to ‘set unattainable goals’.

Such ‘shopping list’ procedures are being offered by the company Care UK for close to £9,000 at a treatment centre in Emersons Green, Bristol, where NHS therapies are also carried out.

At the clinic, earwax removal costs £160, a tonsillectomy £1,935 and a hip replacement £8,994. NHS patients seeking operations at Emersons Green treatment centre currently face a six to 20-week wait, which ‘underperforms against national and/or local standards.’

Yet, some GPs have hit out against the move.

Dr David Porteous, a GP at the Fishponds Family Practice, in Bristol, said: ‘To see an actual price list is the most blatant bit of marketing around healthcare I can remember seeing.

‘In my memory it’s never been as blunt as this, as shameless as this.

‘It’s part of the wider privatisation, but the more sinister thing is it normalises people paying for the healthcare that is provided free by the NHS – albeit with delays and obstacles.

‘I see that as part of the dismantling of healthcare at the time of need. It’s about removing the expectation of state provision of services.

He said: ‘If a member of the public or a member of staff reads a leaflet like that, coming from an NHS provider saying “pay for your care” – people will just assume “this is what it is now, we have to pay.”

‘If that becomes the cultural expectation, that the state won’t pay, then it becomes a self-fulfilling prophecy.’

A spokesman for Care UK say they are using extra capacity at the centre to offer the self-pay operations and NHS patients would not be affected.

The company says the new self-pay scheme will let those who can afford it get around ‘the pressure of growing waiting lists’ and gives GPs ‘greater options to discuss with patients.’

Mike Campbell of the campaign group Protect Our NHS said: ‘GP services have experienced almost a decade of under-investment with doctors buckling under the pressures of a huge increase in patient numbers but a shortage of doctors.

‘It is totally wrong that hard-pressed GPs are now being encouraged to recommend their patients to a private company where patients will be paying when they should be getting their treatments free.

‘More people are having to pay for urgent procedures either by dipping into savings or by taking out health insurance. For those who can’t pay, waiting lists grow.’

A Care UK spokesman said: ‘Our focus will be on making use of otherwise unused theatre time to give easy, affordable access to procedures which have been restricted or deprioritised by NHS commissioners, but which are nonetheless beneficial to patients’ wellbeing and quality of life.’

Patients would receive the same care they would on the NHS and it would help people who wanted to go private but did not have health insurance, the spokesman said.

A spokesman from the NHS Bristol Clinical Commissioning Group (CCG) said: ‘We commissioned Care UK to provide a number of planned care treatments on the NHS at Emerson’s Green Treatment Centre.

‘As a private provider of healthcare they are able to offer self-pay treatment for patients, which is completely separate from the NHS.

‘We are keen to stress there will continue to be a clear separation from NHS and private treatments.’

Drastic-money saving measures to be enforced

Although the health service was allocated an extra £2.8billion by the Chancellor earlier this month, it was only a third of what bosses asked for. As a result, executives announced last week a series of drastic money-saving measures to save hundreds of millions of pounds.

In the first instance, GPs will be told to ‘restrict’ the funding of medications from a list of 36 common conditions.

These include items which can be bought cheaply at supermarkets or pharmacies, such as treatments for coughs and colds, paracetamol and indigestion pills, as well as remedies for dandruff, cold sores and athlete’s foot.

Officials also outlined a string of other rationing initiatives that could mean longer waiting times. However, Health Secretary Jeremy Hunt last week appeared to contradict the approach as he insisted the NHS had been given a ‘significant’ increase in funding.

He also urged hospitals to concentrate on saving money by taking steps to prevent patient neglect.

Among the announcements, health bosses also warned of:

‘The NHS should not be paying for low-value treatments’

The NHS is under severe pressure from the ageing population, migration and the growing toll of lifestyle-related conditions such as obesity and diabetes. Although health funding has been increased by the Government year-on-year, experts say it has not kept pace with demand.

Yet last week they said the Government’s refusal to pump in the cash they needed meant many more treatments may be cut. NHS England has drawn up a list of 36 types of treatments which GPs should no longer prescribe.

The restrictions would affect around 3,200 medicines and remedies.

They include cough mixture, migraine pills, anti-dandruff shampoos and paracetamol, which can be bought in supermarkets, chemists and petrol stations. Nappy rash cream, head lice treatment, ibuprofen and medication for athlete’s food are also on the list.

Officials said rationing would save £190million a year while freeing up millions of GP appointments that would have been spent writing out prescriptions. A consultation on the plans begins this month with a final list of ‘restricted’ medicines expected by next year.

Simon Stevens, chief executive of NHS England, said he was ‘determined to make taxpayers’ money go further’. He added: ‘The NHS should not be paying for low-value treatments and it’s right that we look at reducing prescriptions for medicines that patients can buy for a fraction of the price the NHS pays.’

‘This would risk adversely affecting the most vulnerable’

Yet Rachel Power, from the Patients Association, said many would lose out as a result of political decisions about the funding of health care. She warned of the ‘complex consequences’ of the NHS’ drive to cut spending, including the relationship between GPs and their patients.

Don Redding from National Voices – a coalition of 160 health and social charities – said: ‘If taken forward, these plans could mean that some treatments are only available to those who can afford them.

‘This would risk adversely affecting those people who currently get free prescriptions, which includes some of the most vulnerable in our society and those who are just about managing.’

NHS England also announced that 11 less commonly-used treatments such as herbal supplements and homeopathy remedies would be restricted immediately. Others include muscle-rubs, medicines for joint pain and strong painkillers, which are either expensive or considered ineffective.

Yet last week, the Health Secretary appeared to contradict NHS England’s warnings by claiming they had been given a ‘significant’ increase to their budget. He also said waiting times would get shorter, not longer, and urged hospitals to save money by taking simple measures to prevent neglect.

Addressing a conference in London, he said: ‘The working assumption is that poor quality care is about the most expensive care.

‘If someone has a fall that could have been avoided, they stay in hospital, maybe they then get a pressure ulcer and continue to take up a bed for one week, two weeks, three weeks, which is expensive for the NHS.’ 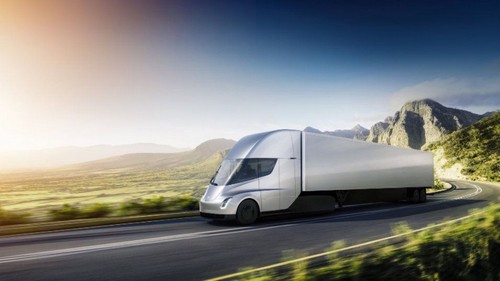 If the entire US went vegan, it’d be a public health disaster 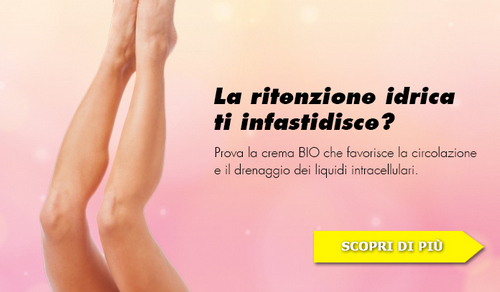