The appearance of basketball associated with the name American College teacher James Naismith, who in 1891 offered its students fun sport, which amounts to throw as many balls in the basket of the opponent. T

he game quickly began to spread in schools and colleges of the United States, and in 1898 was the first attempt to create a professional League basketball players. In 1932 was created the international Federation of basketball, at the same time was adopted the first international rules of the game of basketball. And since 1936 it is a team sport played is included in the program of summer Olympic games.

The game basketball is played between two teams of five players each; each team consists of 12 people, and substitutions are unlimited. The goal of athletes is to score as many balls to the opponent’s basket and to prevent a foreign team to win the ball. Play basketball with your hands, the ball can pass, shoot, bat, roll or run in any direction. The deliberate use of any part of the legs for hitting the ball or blocking.

The match consists of four quarters of 10 minutes each. After the first and third quarter breaks are two minutes, the duration of the break between the second and third quarters of the game is fifteen minutes, after which the teams switch sides of the field. In the National basketball Association the length of quarters is 12 minutes.

In the case that the playing time ends with a draw, is assigned a five-minute overtime. This extra time if the scores can be assigned as many times as necessary to determine the winner of the match.

Playground equipment and a ball for game in basketball

Playground for basketball game is a flat rectangular surface with minimum dimensions of 26 m length and 14 meters in width. Standard dimensions basketball courts are 28х15 meters. On the perimeter of the Playground is limited and side lines, the center line divides the field in half, connecting the middle of side lines. In the center of the site is the Central circle of radius 1.8 m.

On both ends of the court parallel to the front lines at the height of 2.9 meters located in the shields area of 1,8×1,05 meter with baskets on them. These metal rings, covered with mesh without a bottom, mounted on the shields at a distance of 15 centimeters from the bottom edge. Thus, each ring is located at an altitude of 3.05 m above the surface of the pad.

Next to each basket on both parts of the field applied markings the three-point line is a semicircle with a radius of 6.75 meters, arc edge which held up to the intersection with the base line. Also known as the free throw line. with a length of 3.6 meters parallel to each end line so that its far edge was located at a distance of 5.8 m from the inner edge of the front line, and its middle was located on the imaginary line connecting the middle of both end lines.

Basketball game is the ball, the size of which depends on which teams participate in the competition. For men’s teams standard is the circumference of a ball from 74.9 to 78 cm and weight between 567 to 650 grams. For women’s teams use the ball of smaller diameter and weight (circumference from at 72.4 to 73.7 cm and weight 510-567 grams).

The beginning of a basketball game

Instead of the draw that is present in other sports games to determine the half of the field and the right of first strike, in basketball the choice of the basket with the command-the mistress of the match, her game schedule tied for first place. The game starts the so-called disputed throw in, in which the ball is tossed by the referee between two players of opposing teams and bounces one of them. In this case, the ball is in play and is called alive. The team control over the ball is limited to 24 seconds. This is the time for which the team needs to attack to score in the basket or lose the ball.

For each basket the team may be assessed a different number of points. A goal from a free throw counts one point. A goal in the game of duhadaway area counts two points, from the three-point zone for three points. Accidentally abandoned in their basket ball counts as a point to the opponents. Deliberately abandoned in the basket, the ball is considered a violation and is not counted.

Of the most common violations in basketball, you can highlight specific to this game. They usually involve situations in which the player has the ball or shoots. As a rule, such actions lead to the transfer of the ball to the opponents for a throw-in, off-site from the place nearest to the place of the violation.

Among the violations in basketball often happens out when the ball goes outside the playing field, and run, when a player makes more than one step at a time, while the ball released from his hands. Violations dribbling is the ball carrying and double dribbling.

There are violations, denoted by the time. These include the aforementioned rule of 24 seconds, during which the team must exercise a shot. There is also a rule of three seconds of finding the player in under the opponent at a time, while his team has possession of a live ball in the end zone. To execute the throw-in the ball should take no more than five seconds, this time limit is exceeded is also considered a violation. As the situation in which proteomically the player for five seconds does not conduct, does not transfer or make a shot.

Violation of the rules of the game of basketball caused by contact with an opponent or unsportsmanlike conduct fouls are called, which are awarded to athletes during the games. A personal foul is issued as a result of contact with the opposing player. In order to avoid fouls a player must not block your opponent, hold or push it to put the bandwagon or prevent its movement, to use any rough tactics. If the foul is committed against a player who was in the process of the throw, depending on distance and the result of the throw is assigned from one to three free throws. So, if a foul is committed against the player who threw the ball, the player is given one free throw. If the ball isn’t thrown, and the throw was two in the end zone, it is given the right to two free throws. If a bad throw was made from the three-point zone, it is given the right to three free throws.

In a situation when two players commit a violation with respect to each other, counted a mutual foul. In this case, free throws are not assigned, and the game is restarted with a kickoff from the front of the line (after a successful throw) a throw-in because of the restrictive line or a held ball.

For disrespect to the referee, opponents or spectators, the player can be counted a technical foul. In this case the opponents are entitled to one free kick, followed by possession in the center of the site. Two technical fouls are punishable by disqualification and removal. Also, a player going for five personal or technical fouls (in the NBA that number is six).

Also in the rules of playing basketball there is the concept of unsportsmanlike fouls. Usually such violation admits the action of a player who didn’t try the legal way to directly play the ball. It could be a delay or kick the opponent, a rough contact on the field, etc. If a foul is committed against a player in the act of shooting, there shall be a two-stroke penalty. In other cases, the appointment of penalty kicks, the rules that apply at ordinary foul with the only difference that the player who repeatedly commits unsportsmanlike foul shall be disqualified.

In addition there is a disqualifying foul, which is expressed in any flagrant unsportsmanlike conduct of a player on the court or reserve player, coach or his assistant or any person accompanying the team. In this case, the punished person is removed from the field or the bench for the duration of the match, and the team are assigned a penalty shot according to the rules of the definition of unsportsmanlike fouls.

Some differences of the basic rules of basketball rules of the National basketball Association is associated with the particular popularity of basketball in the country that gave us this sport team play. 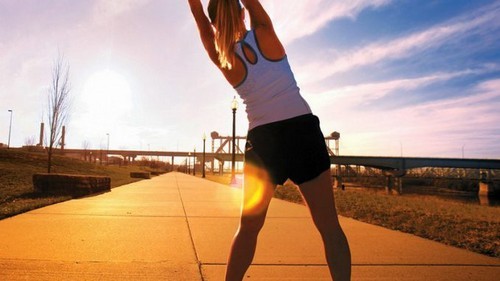 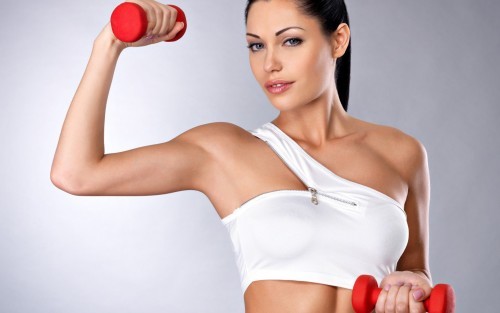 Simple exercises for back with dumbbells