A condom is generally a reliable means of contraception?

It is very effective if properly and regularly to use it. Incorrect use of this contraceptive greatly reduces the effectiveness of the protection against pregnancy from 98 to 82% and negates the protection from STIs.

Here everything is simple, is it possible to use it incorrectly?

How. Ideally, condoms need to choose the right size to put on before each sexual act, use only with suitable lubricants and withdraw immediately after ejaculation. But for all practical purposes it’s different. “Someone decides to put on a condom mid-intercourse, only “dangerous days”, their partner or not changing the condom for the second sexual intercourse,” said the urologist Daria Chernysheva.

Many believe that the main thing is to avoid getting semen in the vagina during ejaculation. However, Dr. Vanessa Cullins (Vanessa Cullins) from the American Federation of family planning says that to put on a condom before a member touches the vulva (that is, even labia). According to her, the liquid comes out of the penis before and after ejaculation. These allocations can facilitate the transfer of infections and even lead to pregnancy.

Here are a few mistakes that we commit most often.

Incorrectly picked up the size

If a condom is too loose sitting on the cock, he can easily shift or semen can leak from it and get into the female’s genital tract. To avoid this, choose a suitable size.

The length of the condom varies: you can expand it as much as you need. Therefore, the length of a standard condom fits most men. However, if you wish, you can learn the ideal settings. To do this, take the line, attach it to the pubis at the base of the penis and measure the distance to the tip of the head.

But penis girth is not so simple. That’s what the doctor recommends:

You can take a thread and use it to measure the circumference of the base of the erect penis. Then this thread to straighten and measure with a ruler. The resulting figure will be benchmark in size condom.

Also in the selection of the correct size will help the Internet. There are plenty of websites (e.g. this one) where you can find the calculator of sizes and table options popular in Russia condoms.

Dr. Chernyshova notes that approximately 30% of men standard size condoms – large. But the problem is not men, and manufacturers, which focus on transcendental numbers.

No shame in going to look for a suitable and correctly fitting condom, and not be contented with what they sell in the nearest supermarket. We are all different, and that’s fine. Only by searching can find a suitable model for themselves.

Left no room in the tip of the condom

This tank collects the separated sperm. If you are not squeezing the tip with your fingers when putting them on, then he left there and has not released the air. In this case, the semen has nowhere to come – it will be spread on the penis.

It later withdrew the condom

Erection of most men diminishes rapidly after ejaculation. So the condom, which sat tight on the erect penis, becomes too free – sperm can leak into this space.

Didn’t read the instructions on the package

Yeah, condoms to the attached manual, and this is important, because fashion jewelry green color with banana flavor or five types of bubbles may not be intended for protection or protection at all. And it’s indicated on the package. The fine print.

Well. How to put a condom on correctly?

1. Find out your size (the emphasis is done on the wide).

2. Read the label of the condom before you purchase. Perhaps it is not suitable for protection.

3. Do not use the condom if the packaging has been opened, damaged or expired shelf life.

4. Use a condom before any contact of your penis with someone else’s genitals.

5. Open and remove the condom carefully without squeezing his fingernails.

6. Take the condom over the tip and squeeze to leave space for the semen.

7. Squeeze inside of a condom, some lubricant is water based, if desired.

8. Pull the foreskin back if it is.

9. Continuing to hold the tip of the condom will promote it on the penis to the desired length.

10. Stop any movement if the condom slipped or broke. Immediately remove it and replace with a new one.

11. Change the condom with each new approach (the re-introduction of penis after ejaculation).

13. Take the penis as quickly as possible after ejaculation, holding the condom at the base of the penis, so as not to spill semen.

14. Carefully remove the condom, still trying not to spill semen.

Watch this video. It details show the process and explain how and from what the condom protects.

Always does a condom need a lubricant?

Many condoms already have lubricant on the outside. But it is not superfluous to add another, including inside. The main thing – remember that oil and grease are incompatible with latex condoms. They destroy the latex. It is best to use a lubricant, water-based.

What to do if a latex Allergy?

According to Daria Chernysheva, about 5-10% of people may have allergies to latex, and he made the most of condoms.

Allergy symptoms range from redness and irritation to asthma attacks and unconsciousness. If you notice discomfort, itching, rash, redness of the genitals (and partner too) during or immediately after using a latex condom, it is better to abandon such condoms in the future and go to polyurethane or polyisoprene.

American experts suggest if you are allergic to latex male condoms go to a female polyurethane. According to them, most people allergic to latex are switching to natural condoms made of intestines of animals and worse than others protect against HIV.

Does the condom on his erection?

Affected, but indirectly, as the sensitivity is sometimes reduced. Evidence that a condom causes erectile dysfunction, no.

Men sometimes experience so-called condom-associated erection problems: it decreases or disappears completely before or immediately after putting on the condom.

The causes are still not identified, but probably it’s not the condoms, and the peculiarities of psychology and physiology of men who have faced such problems.

All the other men temporarily lose erection condom can only if you selected the wrong size: too tight, it hurts, crushes, difficult to put on and so on. Enough to find a comfortable condom in order to avoid such inconvenience. Better to spend time on this rather than risking STIs or unwanted pregnancy. 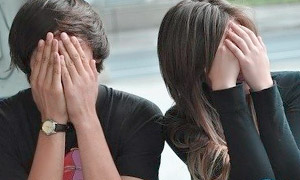 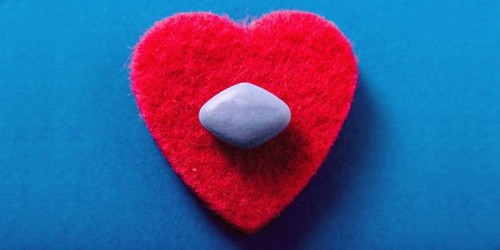 Viagra: how the miracle pill and will it help women

How to make sexual fantasy: 9 tips for the indecisive