To establish a correct diagnosis when problems with the urinary system, the doctor may prescribe such examination as cystography bladder and kidneys. What is this technique and how to do cystography in children and adult people will consider in this article.

Cystography is a method of examining the bladder using x-rays. Used in urological medicine with the aim of identifying pathology in the urinary Department of the body. Its essence consists in filling the body with a special contrast. Diagnostic tool x-ray, along with a contrast solution he gives some share of exposure to the organism, therefore, assigned cystography is strictly indicated.

At this point in medical science, there are three option cystography:

The best method performs an ascending cystography option, since the downward – urine with contrast accumulating in the tank in 60 minutes.

The exercise of ascending cystography is that with the help of a catheter introduced into the bladder a solution with the property of contrast. It stains the body, and the doctor may consider the shape of the body, its volume, the presence of reflux injury. In males rounded the bladder, in women it is oval, and pear-shaped in children.

When descending (excretory) version of the procedure, a contrast agent is administered intravenously and it is with the current of blood enters the kidneys, and the urine in the bladder.

Missiony view based on radiography during the urinary act. The contrast in this moment fills the channel of the urination, so the doctor can see all its defects. Contrast is injected through the catheter into the urinary ducts, then the person needs to urinate. While this is a series of shots, the last at the end of emptying the bladder.

When the ascending urography identifies all of the same pathology that the up and down option, but the picture will be clearer, and detects vesicoureteral reflux.

Cystografin technique is most often used to confirm the existing diagnosis. Testimony to it is very extensive. Infants it is prescribed to identify abnormalities of the urinary tract (double bladder, atresia). Adult patient cystography is assigned in a situation when the doctor has suspected neoplastic disease, tuberculosis of the urinary organs, bladder diverticula and other diseases of the urinary system.

The presence of stones and sand, nephrotic syndrome are also indications for this study. Cystography shows the presence of reflux, rupture, complications after various infections, tuberculosis, prostate cancer. Do it and incontinence. Be sure to spend zistografii in traumatic injuries, with fistulous openings between the intestine and bladder.

Radionuclide cystography is used to detect vesicoureteral reflux, it is based on the introduction of labeled proteins, injected with contrast

To minimize the dangerous effects cystography, you should be aware that there are situations in which its use is impermissible. Often it concerns a rising cystography because of the method of introduction of contrast (which is in itself the bladder).

It is impossible to conduct the survey when:

When hematuria is prohibited examination due to the fact that the accumulation of blood in the picture is very similar to the neoplastic process in the body. And the contrast changes the tone of urine, this complicates the diagnosis in hematuria.

Downward view of cystography has almost the same contraindications, that the rising.

Preparation depends on the technique of cystography. If it is retrograde its variations, such a study needs to be dieting, for good visualization of the organs necessary to reduce the consumption of gas-forming foods (beans, cabbage, pastries, soda) for two days before zistografii. It is recommended to drink tea with fennel or dill water. It is prohibited to drink liquid, which can change the color of urine. It is important to observe the hygiene of the external genitalia, this largely depends on the likelihood of complications.

Also, you need to ensure that the child had emptied the bowel. If he has a tendency to constipation, you should start taking laxative medications.

Lactulose is ideal as a laxative

And when descending, the patient need only contrast and syringe for injection. Both can be freely bought at the pharmacy.

Be sure to zistografii need to consult a specialist, the doctor must give the conclusion about the absence of Allergy to contrast. Also parents need to explain to your kid before you do the procedure, during its execution can be painful.

The stages and the principle of holding

All moms and dads are wondering how to make cystography in children, whether the conduct of such research is the danger? Before conducting this method, detections of illnesses parents must give written permission for its implementation.

There are several steps in the procedure:

During cystography use x-rays

Boy often administered excretory (downward) zistografii, this is due to the peculiar structure of the urethra, which impedes the formulation of the catheter.

Newborn this procedure is prescribed only in the most extreme cases. This is because the impact of x-rays is highly detrimental effect on a kid’s body. As a rule, doctor for accurate diagnosis in addition to cystography assigns a common blood and urine tests, and blood chemistry.

It is important that you calculated the exact amount of contrast agent. It is determined by a special formula of Tesla.

Some features of the procedure, the patient’s eyes

Perhaps the most unpleasant moment for those who are afraid of injections, it will be a contrast in the vessel. But it is only when excretory variation. A retrograde procedure will begin with the fact that the patient put in the catheter. This is the most painful moment in this case.

Usually, a doctor with the introduction of the catheter into the urethra uses a pain reliever, it also facilitates its passage. Mainly use Katedralen. After water contrast, catheter tube is removed at this point, there is a sharp urge to urinate, he must be contained.

Need to know what injection of contrast and the placement of the catheter in the descending procedure, and the implementation of images included in the responsibilities of nurses. A doctor evaluates the result.

Regarding the duration of the procedure, then the descending option is more long lasting, it is at least an hour. It was during this time contrast solution ingested from the blood stream into the bladder. On average takes about 120 minutes. This preparatory phase and the decryption result.

Retrograde procedure requires less time. This is due to the long preparation for the installation of the catheter.

Evaluation of the results

After receiving the pictures and results of analyses the doctor can give an accurate conclusion about the presence or absence of pathology. Based on the fact that the diagnosis put the doctor, the patient may be referred to the hospital or can be treated on an outpatient basis. If discovered tumor formation breaks, you will be required surgical treatment.

Implications for cystography are often. This is especially true of the excretory. The most common is allergies. This reaction in the form of urticaria or attack of shortness of breath. In this complication, the patient must be the immediate introduction of the hormone treatment which stops the attack.

Can also develop a toxic effect on the kidneys. This condition will make themselves felt head pain, acetone breath, weakness. In this case, you need to place the examinee in the intensive care unit and carry him infusion and detoxification.

While rising such complications do not develop, because the contrast is injected into the urethra. Often there are urinary tract infection, if the doctor is inexperienced, it may cause damage or rupture of the mucous membrane of the studied organs. In men older there is often acute urinary retention. It happens due to the fact that the excited receptive apparatus in the bladder during the introduction of the solution, this leads to spasm of the sphincter. Such complications is determined by the inability to urinate after the end of the study.

It is important to know that cystography is not a safe procedure, so before it is to go through an ultrasound of the urinary system, it is likely that the above examination is not required. 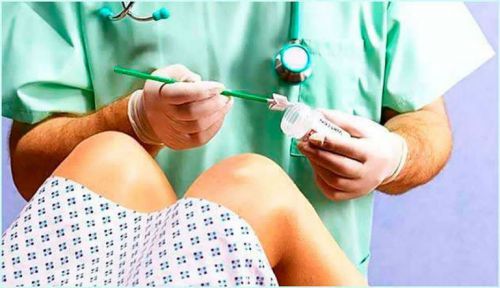 E. coli in the urethra and its symptoms 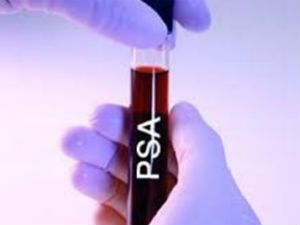 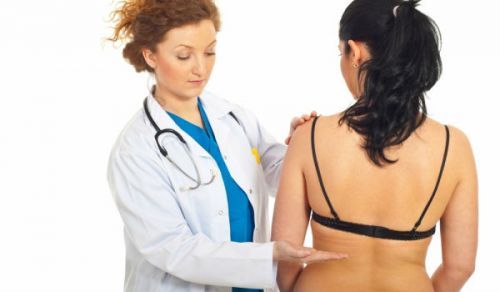