The management of uncomplicated pregnancy requires verification of urine at least once a month, and in the last trimester more often. Do not forget that the content of dissolved substances excreted in the urine, reflects the functioning of internal organs of the mother.

For obstetricians it is important to notice deviations from normal pregnancy to gently correct the situation before the birth, to avoid complications. The appearance of red blood cells in the urine of pregnant women triggers the need for further evaluation. This is to ensure the preservation of renal function, to identify previously hidden pathology.

Can be red blood cells in the urine of healthy women?

The female body is more susceptible to hormonal influences. On the background of pregnancy significantly increases the level of estrogen. Hormonal changes relaxes the tone of the muscular fibres of the ureters and bladder. This causes stagnation in the urinary system.

By the end of the period of pregnancy the enlarged uterus exerts mechanical pressure on the bladder, ureters and renal vein. With stagnation in the venous part of the capillaries of the glomeruli. When the pressure inside the blood vessels, penetrates through the wall part of the erythrocyte cells and into the urine.

The presence of erythrocytes in urine is called hematuria. Not all women observe the desired mode.

Microscopy of urine sediment detects a moderately increased amount of erythrocyte cells. In these cases, the number of erythrocyte cells lasts for several days and after the normalization of power, the performance measures and leisure is normalized.

What are the signs a woman may notice red blood cells in the urine?

Much more dangerous effect on pregnancy and urinary organs individual hypersensitivity to some medicines. So take any treatment expectant mothers should only be guided by the physician.

When there is kidney damage and urinary tract can be painful form of hematuria. Pain in the lower back with one hand above the pubis, pains when urinating, frequent urge to the toilet.

Difficulties in diagnosis arise when asymptomatic hematuria, when the increase of red blood cells in the urine accidentally, and the reasons remain unclear.
Weight control helps to monitor the development of the fetus

What pathology can cause hematuria before the pregnancy?

In women with unclear hematuria is always necessary to avoid getting into the urine cells of blood from the uterus during urination during menstruation. Sometimes they believe that the spotting has ended, and passes the analysis. But under the microscope, be sure to find red blood cells in the urine of women, in spite of the washing away. This is why you should never try to do research during menstruation and for several days thereafter.

It is also impossible to exclude the influence of uterine bleeding during cervical erosion, fibroids, and other gynecological diseases.

If a woman before pregnancy was sick with kidney disease and not fully recovered, we should expect provocations worsening. This applies to chronic nephritis, kidney stones, blood disorders.

Such patients are put on at the most unfavorable risk. The occurrence of microscopic hematuria is regarded as a possible beginning of an exacerbation and the woman placed in the Department of pathology for examination and treatment.

If the red blood cells in the urine of pregnant urine color to red (from light to dark brown), it means that the bleeding becomes massive. The analysis is characterized as gross hematuria.

The flow it can be:

Why is there hematuria during pregnancy?

Causes of hematuria during pregnancy can be divided into:

Elevated red blood cells in the urine during pregnancy most often are caused by the aggravation of renal pathology. Injuries happen much less frequently. Women with somatic diseases with a strong desire to give birth alone long periods are in the hospital under the supervision of gynecologists and therapists.
Of inflammatory diseases of the kidney to hematuria cause several pathologies.

Glomerulonephritis – acute or chronic inflammation of the immune nature, accompanied by a blockage of kidney filtered from the blood into the urine pass the red blood cells, protein, nitrogenous substances, sugar.

In the analysis of urine detect optional cylinders type granular, waxy, erythrocytic, many hyaline. It casts protein compounds formed in the tubules.

Pyelonephritis – acute or chronic inflammation of the Cup-pelvis-plating apparatus, in severe cases, the affected tubules.

The disease is accompanied by:

To non-inflammatory renal disease refers to ICD. Kidney stones – accompanied by bouts of renal colic followed by separation of red blood cells in the urine as a result of injury to the walls of the pelvis (in the movement of stone in urinary tract pathology will be considered postrenal). The intensity of pain syndrome it is necessary to distinguish from premature labor, placental abruption, ectopic pregnancy.

The diagnosis helps the study of the structure of red blood cells. In the case of pathology of the genital organs, placenta, blood gets into the urine from the vagina. The red blood cells filled with hemoglobin, their shape neizmenenny. This kind of cells is called a fresh or unmodified. If they come from stagnant areas and long are in the urine, then there is a loss of hemoglobin and leaching cells. Erythrocytes differ wrinkled, a ring-shaped form.

Hydronephrosis – a disease rarely develops suddenly, usually diagnosed in young women on the background of congenital abnormalities of the kidneys, ureters. The kidney is greatly increased in size. Compression of vascular structures leads to persistent hematuria.

Kidney cancer – on the background of pregnancy, hormonal changes can trigger the growth of tumors. Proliferating tumor cells destroy the structure of renal tissue, blood vessels. Hematuria is the nature from the micro to macroproblems depending on the stage of tumor development.
In the urine is the value of the appearance of the renal epithelium. The disease is more common in pregnant women after the age of 40 years.

To determine the influence of somatic pathology obstetrician-gynecologists conducted a detailed survey of women in the primary treatment, require the examination of the physician with the statement of illness.

The plan of pregnancy depends on the previous pathology is already present in the body of the patient. Of diseases postrenal level often pregnant women suffering from chronic cystitis.

It is accompanied by:

In the urine, except erythrocytes, determined by a high content of white blood cells, transitional epithelium. Patient painful suffering from insomnia, loss of appetite, not gaining weight. Infection near the enlarged uterus is threatening to go to the fetus. Therefore, even small dysuric symptoms require medical measures.

The erythrocytes appear in the urine of pregnant women more often in the second and third trimesters, when activated all the triggering factors.

For diagnostic use methods that are not contraindicated for the mother and fetus:

After delivery the woman should be examined with the use of less gentle methods:

In the presence of chronic diseases doctors always recommend that testing and preventive treatment before conception. This helps to preserve health of mother and baby.

What kind of uterine bleeding can be confused with hematuria?

When a woman notices a trail of blood in the urine, it is unable to distinguish between uterine bleeding with hematuria. It is important for the adoption of urgent measures. Therefore, pregnant should immediately call “Ambulance”.

In the initial period discharge of blood from the uterus indicates:

The woman feels a sharp pain in the lower abdomen, often on delayed menstruation can only guess about pregnancy. Active treatment can save the fetus.
In the second half of the term already bleeding represents a significant danger to the fetus and mother’s body

It occurs when placental abruption, uterine rupture. A woman after childbirth should continue to watch their urine. Bleeding contribute to reduced tone of the uterus, the remains of the placenta, impaired blood clotting.

Red blood cells in the urine of pregnant women is always the signal for the examination. Such deviations in the analyses are not to be ignored. Measures taken in time the treatment will help to maintain the health of the mother and give birth to a healthy baby. 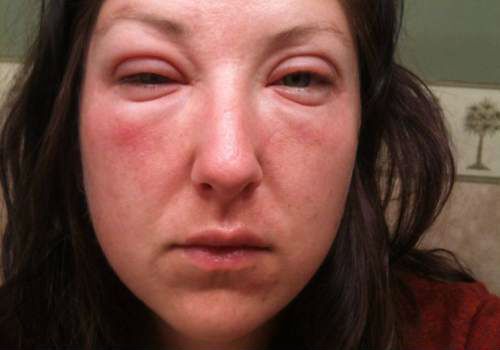 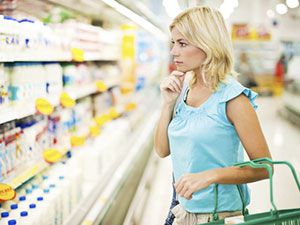 Can I eat before an ultrasound of the kidneys