With a typical (anginal) variant of the development of infarction, the diagnosis does not cause difficulties.

This development is characterized by the following symptoms:

So why in a third of patients the development of heart attack deviates from the usual “scenario“? The reason for this is the individual characteristics of the organism that do not allow it to do so.

These include the following:

This is the most common variant of atypical myocardial infarction. It is clinically manifested by attacks of dyspnea, similar to those of cardiac asthma, up to the development of pulmonary edema. Sometimes the only symptoms of asthmatic myocardial infarction may be coughing during exercise, hemoptysis, wheezing.

Due to the characteristics of the symptoms, this type of heart attack is also called “heart attack, which is audible.” This option often proceeds without pain and is the most unfavorable in terms of prognosis – a large percentage of cases end in death.

Symptoms for which an asthmatic heart attack can be suspected:

The asthmatic variant often develops in elderly people with a long-term pathology of the heart and blood vessels in history. Hypertensive heart disease and large-focal cardiosclerosis are more frequent in the role of these diseases, after heart muscle infarction has already been experienced. Myocardial muscle fibers in such cases are replaced by connective tissue, which causes the absence of pain and the inability to “resist” the increasing ischemia.

Arrhythmia as a manifestation of a heart attack: an arrhythmic variant

With an arrhythmic variant of the development of myocardial infarction, the symptoms of cardiac arrhythmia, which manifest themselves in the form of:

Such a variant of heart attack develops when the area of ​​ischemia or necrosis of the heart tissue is associated with the cardiac pathways – ectopic foci of arousal appear, which leads to a rhythm disturbance.

The difficulty of diagnosing this form is that in such cases even an ECG can not always confirm the diagnosis, because pronounced cardiac rhythm disorders “obscure” the typical electrocardiographic signs of a heart attack.

In its clinical picture, the abdominal variant of myocardial infarction resembles an acute pathology of the gastrointestinal tract or an infectious disease:

Abdominal myocardial infarction develops when the focus of necrosis is localized along the back of the heart, adjacent to the diaphragm. That is why the pain is projected into the abdominal area and mimics the “acute abdomen.”

The problem is that often such symptoms are perceived by the patient as aggravation of pre-existing gastritis, ulcers or suspicion of food poisoning. Most often this leads to home treatment and can end unfavorably, since the necessary measures to restore blood circulation in the heart muscle are not provided.

In the cerebral variant, myocardial infarction is “masked” as a violation of cerebral circulation and clinically resembles a stroke. This form develops in individuals with advanced vascular atherosclerosis, which is often observed in the elderly, those with long-standing cardiovascular diseases, as well as in malignant smokers.

Clinical symptoms in this case are due to the fact that closing the lumen of the vessel leading to the heart, an atherosclerotic plaque or a blood clot (which often happens during myocardial infarction), leads to a decrease in cardiac output and, as a rule, a decrease in the volume of blood that has entered the brain. The cerebral vessels compensate constrictingly to ensure normal blood circulation, which leads to the development of cerebral circulation disorders.

Symptoms of cerebrovascular myocardial infarction may be the following:

If the patient is conscious, it may indicate the presence of pain behind the sternum, along with neurological symptoms. But sometimes the pain may be absent, be unexpressed and appear after regaining consciousness.

In this case, only electrocardiography (ECG) will help distinguish myocardial infarction from stroke.

Symptoms of heart attack with abnormal localization of pain

Myocardial infarctions with atypical localization of pain are the most difficult to diagnose.

At the same time, pain can occur in completely unexpected places, which are far from the heart area:

In this case, only the experience of a doctor and a timely ECG can save life.

Absolutely weak symptom forms of myocardial infarction, which occur absolutely without pain, and are accompanied only by severe weakness, depressed mood, anorexia and decrease in sleepiness, are also detected.

The painless course of myocardial infarction is more often detected in young people with diabetes and is caused by the development of diabetic neuropathy.

Myocardial infarction in some cases is quite difficult to diagnose. According to statistics, about 20% of patients die from necrosis of the heart muscle at the prehospital stage, and another 15% die in the hospital.

This happens due to the fact that a heart attack does not always occur with “classic” symptoms. At some stage, uncharacteristic symptoms may appear that distract the physician from the underlying disease or cause him to doubt the correctness of the diagnosis. It is for this reason that there is no help in those first 1-2 hours, when it is possible to restore blood circulation in the heart muscle and avoid irreversible necrotic changes in cardiomyocytes. 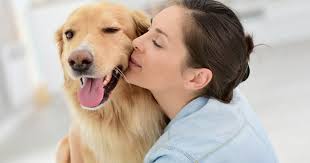 How is that energy drink affecting your heart?