It would seem that tasty and beloved porridge, which is given to both children and soldiers to saturate the body with nutrients. In addition, it is also a completely natural product that is easily absorbed in the stomach. Naturally, a completely logical question arises: is it possible to lose weight on buckwheat? Buckwheat porridge, as the main ingredient in well-known diets, has been used quite recently, only a few decades ago.

The 20th century has presented the world with many different recipes in order to lose excess kilos, but the buckwheat diet remains the most popular and sought after. Buckwheat is a low-calorie groats rich in trace elements and various vitamins. It contains protein, potassium, phosphorus, magnesium and iron, as well as B and P vitamins. It is the saturation with useful substances and the relative ease of digestion that are the perfect combination for using buckwheat in diet food.

Low calorie content and beneficial properties accompany the fact that it is even included in medical menus and wellness diets.

The benefits of regular consumption of buckwheat for the body:

Beauticians and nutritionists, all as one, are advised to regularly eat buckwheat. She, saturating the body with useful substances, prolongs youth and health for many years. But the buckwheat diet also has contraindications: women during pregnancy and lactation, as well as those suffering from stomach ulcers or duodenal ulcers. The most optimal and safe period of any diet is no longer than two weeks. And you can really lose weight with buckwheat for this fairly short time. Moreover, the extra pounds simply melt before our eyes. It is easy to achieve incredible results by following a few simple rules.

You need to properly cook porridge for buckwheat diet

Cooking buckwheat should be carried out absolutely without adding any flavoring seasonings, such as salt, sugar, pepper and others. We are not talking about taste substitutes and seasonings on fragrant herbs at all! Allowed to add only a few drops of soy sauce in the finished porridge. But it is better if you limit it. The process of making porridge eliminates the completely standard cooking process, in which the grits are boiling and boiling over a fire.

Everything is extremely simple: in the evening a glass of washed pure buckwheat is poured with boiling water in a ratio of 1 to 2 and covered. In the morning, excess water (if any) is drained and can be eaten.

How much can you eat and how often

To really lose weight on buckwheat as painlessly and effectively as possible, it is important to follow a strict diet. Of course, eating this porridge a lot will not work, as it is very nutritious and satisfying. However, it is imperative to control the portion size so as not to overeat. It is important to have breakfast with ready-made cereal at home, and everywhere to have a tray with a ready-made dish in order to eat. As soon as there is a feeling of hunger, it is necessary to eat this porridge and only it.

It is especially important to observe this rule at the very beginning of the diet – only buckwheat porridge and nothing more.

What products can be combined

A few days after the start of the diet, you can slowly add foods such as radish, parsley, turnip to your food. They combine perfectly with this porridge and add variety to this diet.

Most importantly, plenty of fluids

Buckwheat porridge, prepared without adding salt, greatly dehydrates the body, which negatively affects the functioning of all its systems and organs. To avoid this, it is recommended to drink at least one and a half liters of liquid during the day. In this case, herbal teas and infusions, mineral water without gas at room temperature are ideal.

It is important that it is better to drink at precisely those moments when the feeling of hunger worsens.

The complete exclusion of coffee drinks, especially instant and sugar-added ones. If you are already completely unbearable, then no more than one cup of natural brewed coffee without sugar is allowed throughout the day.

1. If a heavy physical load on the body is expected during the day, it is simply necessary to salt the porridge at the cooking stage;

2. You can eat a spoonful of natural honey between breaks of porridge or dilute it in a glass of warm water. This advice is especially relevant and useful for those who engage in mental work. Buckwheat honey in this case is perfect!

Quite popular is another buckwheat weight loss recipe. It includes the mandatory use of kefir throughout the diet. Of course, either 1% or completely fat-free kefir is used. Why kefir? This drink contains a whole set of proteins, calcium and vitamins A and B. In addition, it perfectly normalizes the microflora in the stomach and prevents the occurrence of fermentation and decay of food debris in the intestine.

There are several options for using buckwheat with kefir for weight loss. In the first, ready-made porridge is eaten upon the occurrence of an attack of hunger, and in breaks, they are washed down with kefir. In addition, kefir itself can be used as a separate dish. I wanted to eat – to drink a glass. Thus, you can easily fool your body, and hold out as long as possible.

The main condition is that during the day you can drink no more than 1 liter of kefir. Be sure to leave a little overnight to muffle hunger before going to bed.

The second method involves the use of kefir to swell the buckwheat itself. There are no special proportions in this case.

It is important simply that there is enough liquid for the preparedness of the porridge. The recipe is similar to the previous one: pour cereal overnight and leave until morning. The future is delicious, and most importantly hearty and very healthy, breakfast is ready!

And what after a diet?

So, the dietary minimum is behind. What to do now and how to properly adapt the body’s nutrition after the completion of the buckwheat diet?

The mistake that women often make is that after a diet they immediately pounce on their favorite dishes and foods that are “harmful” to the figure. Naturally, the result obtained is not something that does not have time to fully manifest itself, it simply does not have a chance how to go into oblivion.

How to save and consolidate the result

Thus, in the process of leaving the 14-day buckwheat diet, it is important to fully maintain self-control and not to switch to the active use of habitual harmful foods. On the contrary, a variety of vegetables, especially steamed or baked, will be the best option in this situation. Banal advice: eat a little, but often does not lose its relevance in this case.

To lose weight with buckwheat, you just need to follow a few simple rules. This method is loved and regularly used by many women and girls. Using a buckwheat diet, you can easily get rid of not only the hated extra pounds, but also cellulite, which annoys our women so much even at a young age. Beauty and health – the key to youth and well-being! Become better without torturing yourself and your body. Buckwheat diet is an ideal solution to start a new “slim and attractive” life! 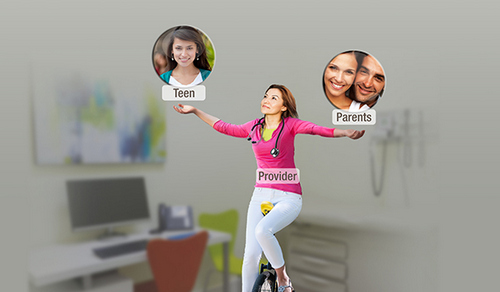 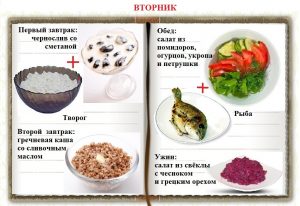 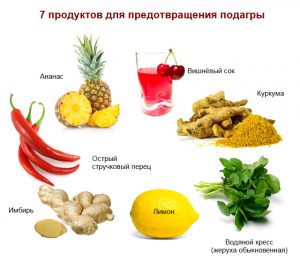