Depending on what the development mechanism of the injury, they can be divided into:

Rotary form appears when, during a kind used forceps or a midwife helps the baby to be born with his hands, turning his head. This often happens with a weak labor activity, when the woman is unable to give birth alone.

For the passage of the head through the birth canal it a little turn right or left. Such actions are called rotation. This often leads to neck injury, especially suffers the first cervical vertebra, which often leads to its dislocation, subluxation or displacement. Also this may be a direct cause of compression of the spinal cord.

Birth trauma in the form of distraction occurs in two cases. In the first case, it is likely that a major head of the fetus and his shoulders are literally stuck in the birth canal of the mother. In the second case the birth takes place in the breech with the head can also get stuck and literally pull the baby.

In this case, the newborn is diagnosed the torn ligament and avulsion of the vertebral body, which can lead to damage of the spinal cord.

And finally, the third case is a flexion-compression injury. It occurs when the head for one reason or another, does not pass into the birth canal, and the body of the fetus literally presses on it. Most often this happens when induction of labor and rapid delivery. From this comes the compression fracture of the vertebral body.

Why is it dangerous

Trauma of the cervical spine in newborns always has consequences, regardless of the type and severity of damage. The most disastrous option – death. Other serious consequences are considered to be cerebral palsy, paresis, paralysis of the limbs. Sometimes the effects are noticeable not at once. As a result of damage during development the child is able to fall behind in development from their peers. In most cases, the consequences begin to appear only when a child comes to first grade. And these manifestations of illness is almost never been associated with pathology of the spine, which the child could acquire during childbirth.

It is to such consequences include:

Also among the effects can be hyperactivity, poor concentration, problems with memory.

Birth trauma of the cervical spine in newborns is noticeable immediately after birth. Among the first symptoms of damage is to provide swelling and redness around the neck area, change in its dimensions – it becomes very short or very long, the neck muscles and neck are in tension, and the neck usually is in a pathological situation.

In addition to these obvious signs, symptoms and injuries include relaxation of the body and limbs, while normal in crumbs the first month of life must manifest hypertonicity. Baby’s breath is impeded, it can cause wheezing, moans and other morbid sounds. Also in the area of nasolabial triangle can appear cyanosis.

Also, the little one begins to worry, crying, screaming, not sleeping, not breastfeeding, spits up constantly. Sometimes diagnosed and irregular heartbeat.

A diagnosis of Natal trauma of the cervical spine is made only after a thorough examination of the child patient. It is usually x-ray, ultrasound, Doppler. Only then exhibiting the final diagnosis and identify the level of injury, its severity, and the nature of the damage.

Any treatment is to eliminate the cause of the disease, but with Natal cervical trauma occur can not. Therefore, primary therapy aimed at elimination of its consequences, prevention of complications and restoration of normal functioning of the muscles of the neck.

First of all you need a good to fix the neck of the newborn. If a child has dislocated, it must reduce and then fix the neck. With a fixed neck, the child should be at least 3-4 weeks.

Then begins the next stage of treatment birth trauma of the cervical spine. Here is the normalization of muscle tone, and nervous system. This stage includes massage, physiotherapy, therapeutic baths. Drug treatment is used only in case of emergency.

After discharge from the hospital the baby and his mother come to the children’s hospital and stay there until the baby learns to confidently hold her head up. After discharge, further treatment is carried out in the pediatric clinic at the place of residence. 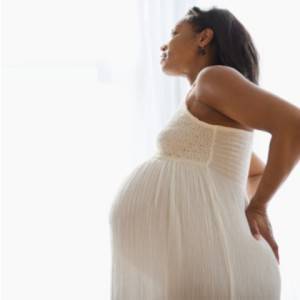 A pinched sciatic nerve during pregnancy 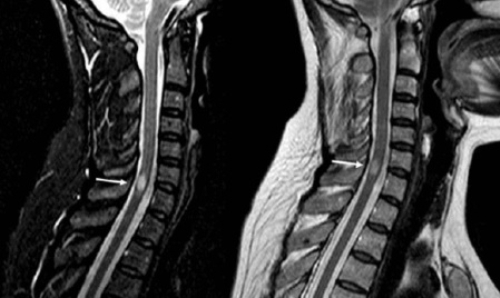