A visit to a gynecologist for a woman is a kind of ritual, it is useful for a doctor to be shown twice a year. But today there are more and more ladies who visit the doctor too often – having a bouquet of female sores.

In this case, not all of them by frost froze their lower back in a short jacket. The science of psychosomatics looks at the cause of the disease more widely and offers its own view of the problem. Natalia Mogilevskaya, a psychotherapist, ayurvedic medicine doctor, head of the Siberian Ayurvedic Institute, told how women’s health can be influenced by our thoughts and experiences.

Are there any typical female diseases?

All female diseases, of course, are associated with women’s destiny, or rather, with disharmony in this area. The essence of female nature is softness, suppleness, flexibility, the ability to perceive, open and give oneself. Problems with women’s health arise when there is no understanding, accepting themselves as women. In the modern world there is a tendency to equalize the sexes, the desire for equality between men and women.

It comes from trying to evade, to renounce responsibility, which is imposed by the nature of the female body. This misunderstanding leads a woman to active actions in life precisely by male methods, and this, in turn, creates distortions and imbalances both in the psychoemotional sphere and at the physical level. In fairness, it should be noted the role of men in this process. Today, not all men understand their life’s task, When a man for some reason does not fulfill his role, it must be partially or completely taken over by a woman.

For example, this may involve violations of the menstrual cycle. Its psychological significance lies in the monthly reminder of the woman’s original nature. Each cycle (or almost everyone) is a new possibility of conceiving a child. If a woman’s menstruation is not a manifestation of her feminine nature, but only an unfortunate misunderstanding, she will have different imbalances in the monthly cycle.

For example, the body will warn in advance about the upcoming menstruation in the form of PMS or the critical days themselves will be very severe and go through with pain (dysmenorrhea). In general, painful menstruation say that a woman painfully perceives her femininity, does not fully accept herself as a woman, may have problems with her sexuality. Painful menstruation in women who want to have children.

In women who do not want to have children and are very afraid of becoming pregnant, the duration of menstruation may increase, this is a subconscious desire to reduce the time of possible contact with a partner.

The complete absence of menstruation suggests that a girl or woman has a very great fear in manifesting her femininity, sexuality, maternal instinct, fear unconscious, why the body is forced to mirror it as a mirror. There are cases when in certain difficult periods of life women, associated with stressful situations, demanding a huge, non-feminine strength, menstruation ceased. The body reacted so much to the surrounding situation, stopping the manifestation of femininity.

Is it true that even infertility is explained from the point of view of this science?

The main task of women, however trivial it may sound, is in motherhood. But this requires a very great responsibility from the woman, which is not always realized and, being in the “shadow”, can lead to problems with conception, up to infertility. How it looks from the outside: a woman seems to want to have children, but somewhere deep down there is an unconscious fear of having to pay too high a price for this desire. The body is more “honest”, showing this fear in the impossibility of having a child. Also, infertility may be due to the fact that the desire to have a child for a woman is only a way to keep a man or solve their personal problems.

Such diseases as fibroids and fibroids, personify something that grows in the uterus, in norm it should be pregnancy.

But if a woman does not fully reveal her nature, a “sublimated pregnancy” grows in the uterus, which characterizes the unmet hypertrophied desire to become pregnant, to become a real mother.

And women’s inflammation, for example?

There is an opinion that “thick-skinned”, nonemocinic people suffer less, is that so? Is there any element of fictitiousness in the search for the causes of the disease?

The view “less nervous and healthy” is only partly true. It can play a cruel joke in terms of psychological defense, when we ignore the problem at the level of consciousness, acting like an ostrich, outwardly remaining calm, but not solving the problem – it will remind itself of the body level. If a person does not worry because he knows how to resolve his conflicts before manifesting them on the physical body, then he has more chances to have a healthy body than someone who does not externally experience, but internally did not solve his problems.

A person who creates a hard and thick psychological armor, has less chance to discern the causes of their illnesses.

People hypochondriac, less resistant psychologically, which can be fixed for a long time on troubling thoughts, psychogenic factors can trigger disease mechanisms even where there is an equal physical characteristics with a person stable. But, on the other hand, the psychotype often determines the state of our health, there is a two-way communication, and we need to find a reasonable margin: do not go deep into purely psychological causes, but do not go down only to the level of the body.

How do traditional doctors treat this theory?

In general, the trends of official medicine are more aimed at eliminating symptoms than on what is hidden behind them. This is partly because the patients who come there want this, in order to continue to lead the same way of life and at the same time silence their body saying: “It’s not all right.” 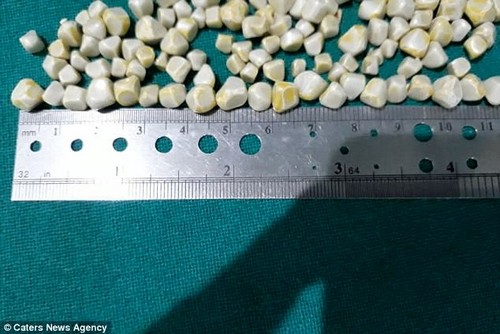 Doctors remove 148 gallstones from a woman in India

New test can predict risk of miscarriage at 4-6 weeks 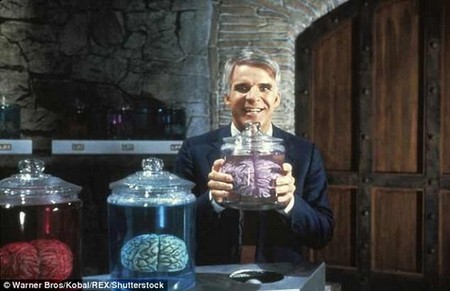