The results of the survey confirmed and revealed helminth type parasites in the body of the patient, the doctor typically faces a choice of medications broad spectrum. Patients, in most cases mistakenly believe that there is some special tool, having which you can remove at once from any worms in adults or children. However, it is not so.

The causes of worms

Before looking for the most appropriate means of parasites between drugs of broad and narrow spectrum of action, is to understand the culprits of infection with helminths and ways of transmission. It is known that helminthiasis is considered a disease of “dirty hands.” Parasitic lesion of the internal organs has a different etiology.

How to choose a drug with an extended spectrum of activity?

The main difference between drugs with a broad spectrum of activity against worms from medication a more narrow focus is that the first can have a detrimental effect on various types of parasites even in a mixed-type infection. To date, there are three main groups of worms:

1. Nematodes, the most frequently diagnosed species of parasites in humans. This roundworm, vlasoglavy, pinworms and many other species of helminths. Screening for their presence in the feces often carried out in children to visit the school, kindergarten, swimming pool.

2. Cestodes – are considered the most dangerous type of parasites. In length some species reach about 15 meters, quickly spread throughout the body and deliver maximum discomfort and pain in the process of migration of larvae.

3. Trematodes – flukes. This is a group of parasites that are transmitted from animals and depending on the subspecies inhabit different organs and the circulatory system.

The medication that is prescribed for the treatment of these diseases, selected on the basis of varieties of worms. Tablets against parasites of wide spectrum of action, unlike tools that only kill most individuals of the same species, absolutely not affecting other worms that have an impact on any parasitic creatures in the human body. Extended range of activity to have a few cure for worms. In comparison with drugs of narrow steps, their range is less diverse.

Superiority among popular tablets from worms with increased activity keep Albendazole and Praziquantel. The feedback from doctors and patients indicate a high effectiveness of these drugs. De-worming medications are widely used as the basis of therapeutic treatment of parasites. Active ingredients present in their formulations, also contains funds for deworming animals.

1. Preparations on the basis of albendazole.

Albendazole is produced in former Soviet States more than 40 years. It is considered a universal remedy in the fight against parasites. The main aim of these tablets from worms – the elimination of Ascaris, pinworm, whipworm, liver Fluke and other parasites in larval stages of development.

Mebendazole and Pyrantel – derivatives of Albendazole, a wide spectrum. Their advantage is low absorbability in the stomach, allowing the drug to reach “the destination” – in the gut, to exert its therapeutic effect. Are permitted for use in children, but not earlier than six months. The pharmacy can buy called Nematol, Worm, Allpanel.

2. Praziquantel in the treatment of tapeworms and flatworms.

If the effect of such funds from worms as Albendazole aimed at getting rid of roundworms, Praziquantel, according to the description of the drug, more specializiruetsya for the treatment of cestodes and trematodes. In pharmacy retail more can be found under the trade name Biltricid. Especially effective these tablets from worms believe in the fight against Echinococcus, shistosoma, swine and bovine tapeworm, broad tapeworm, and Fluke.

The principle of action of the drug is built in such a way that allows the substance to reach the distal intestine of helminth parasites in other organs. Praziquantel is rightly considered the best remedy for worms, even at advanced stages of the disease. However, in relation to the previously mentioned ascarids, pinworms and other roundworms, the drug useless. Infestations of tapeworms and trematodes are less common than the ubiquitous round of parasites. Meanwhile, the treatment of such infestations do not always have high chances of success.

Features the treatment and prevention of worm infestation

Therapy of helminthiasis in adults using drastic means must necessarily take place under the supervision of a specialist. Welcome man anthelminthic tablets as a rule, causes significant health damage. Recovery after treatment of worms should be accompanied by long-term administration of sorbents, enzymatic drugs, and drugs contribute to the normalization of intestinal microflora.

Prevention of helminthiasis in an adult takes an important place. Since this type of disease is fraught with serious consequences and complications, prevention of infection must be treated seriously and consciously.

The main preventive measures for the prevention of worms in the human body are:

In order to choose the right drug for the treatment of worms, regardless of the range of its spectrum of action, must pass a medical examination and to determine the type of worms. Otherwise, drug treatment will be inefficient and ineffective, and the condition will continue to deteriorate.

Who most often suffers from worms?

Some helminth infestation is most common among the rest. Enterobiasis and ascariasis most often diagnosed in patients in children (under 12 years). This category of patients, in the body of which contained the parasites, virtually does not observe elementary rules of personal hygiene, as worms are contagious and easily transmitted between humans and from animals to humans.

Children at an early age not deliberately avoid compliance with sanitation, the fact remains that they forget to wash their hands before eating, close contact with Pets. This is the main reason why kids helminthiasis occur on the order more often than adults.

In the older age group among patients with infections worms secrete the largest number of persons employed in a specific professional field, which involves contact with cattle, fish, butchering meat. Meanwhile, some helminthes enter the body through the skin when dealing with the media worms, other worms, as eggs of parasites together with food and water.

How are the worms?

It is easy to identify the main ways of transmission of worms: 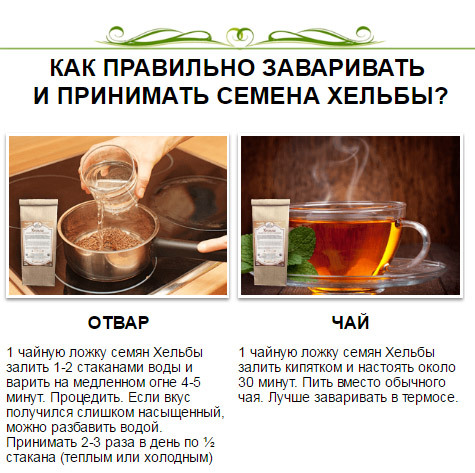 A rash on the skin at worms