Modern medicine provides a woman with many alternatives, and this fundamentally distinguishes her from the Soviet one. Now for a certain amount you can satisfy any, even the most unusual, desire. Maternity hospitals provide the opportunity to choose not only the posture in which the woman will most conveniently give birth to a new person, but also the environment in which the baby is destined to leave the womb. Along with the usual childbirth, childbirth in water is now widely practiced, which will be discussed below.

In general, giving birth in water now looks more like another fashion trend than a real necessity, which has a strong theoretical foundation. Currently, a lot is being done demonstratively, being a kind of protest against the existing system. This can be said about water birth. They are not necessary, are not caused by special indications. And, nevertheless, there are always several pregnant women who decide on such an act.

Moreover, all possible risks arising in the process of this unconventional delivery, by future mothers knowingly or not consciously, but are ignored. If a woman is the only right way to bring her baby to the world, she sees only childbirth in water, then she needs to know some subtleties about him and adequately assess her capabilities. Choosing the place of delivery of your own home, you should not rely on the experience of Western countries: the ambulance system is organized differently, and the distances cannot be compared with Russian ones (not to mention the roads). Therefore, if it is already decided to give birth in the aquatic environment, it is best to find a suitable maternity hospital that practices this. Are there any such institutions? Of course have. It is only necessary to search and not be afraid to ask all the questions of young parents.

Be that as it may, now water birth is quite common and not prohibited, provided that neither the child nor the newly mummy will suffer from them. And few people wonder what theoretical background is under all of this. And anyway, is she there. In fact, yes, there is a certain theoretical basis for the practice of childbirth in water, and it consists in the following.

Historical note: where did the fashion trend come from?

To justify such a method of delivery can be anything and anything. However, like everything else, he also has his own background. The roots of this movement do not go so far: unusual practice came to Russia in the 80s of the last century. Many consider her the founder of the Russian enthusiast I. B. Charkovsky – it was he who, in the mid-60s of the twentieth century, began to put forward and substantiate his advanced views. According to his beliefs, childbirth in water is more physiological, easier and faster.

However, you should not think that Charkovsky is the first person to put forward such a proposal. In general, initially, water birth began to be practiced in Europe, as far back as the century before last. At first, these were isolated cases that remained in history due to the fact that they were officially documented. Then such childbirth was carried out as an experiment, and had no scientific justification. The first for such an innovation was decided by France (1803), the second by Germany (1805)

It is noteworthy that babies born in this way were no different from others. They were just as active, fun and well developed. Practice received a positive result and slowly began to become widespread. After some time, this trend became fashionable and was considered progressive. And many facts of the tragic outcomes were simply hushed up or attributed to the accident. Nevertheless, the risk of complications during childbirth in the aquatic environment is still very high, and should not be ignored. But back to the story.

Progressive views came to Russia much later. At first, Charkovsky worked only theoretically, substantiating his ideas from the point of view of science. And only then it was decided to switch to practice. In 1980, in Moscow, the first child in our country was born, who was born into the water. The process went well, the baby and mother were not feeling bad, and since then this topic began to grow, in the end, having received wide distribution and many adherents.

It would seem that everything is reasonable, reasoned and does not cause a wave of negativity. Why, then, are there so many opponents of childbirth in water, and why is this newfangled current dangerous?

In Europe, childbirth in water no longer causes such a storm of emotions as in our country. However, this does not mean that the process in question is completely safe and has only positive aspects. Consider it “under the microscope.”

In general, people who support childbirth in water say that the child has a kind of unconditioned reflex: when drops fall on his face, he instinctively holds his breath. This is true. But not always. And this circumstance simply cannot but be taken into account.

Water entering the lungs of a newborn is fraught with pneumonia and a number of complications that can lead to disability and even death. Any mother who decides to have a water birth should really assess the risk.

Of course, if, nevertheless, childbirth in water seems to you the only right approach – this is your right. But in this case, it is better to contact a maternity hospital specializing in such delivery and protect yourself from possible consequences, as well as provide yourself and your baby with the necessary medical care and appropriate care in good conditions.

Every woman, of course, wants her child to come to this world healthy, strong and strong. Each mother wants happiness for her baby and believes that she makes the only right decisions. Therefore, speaking of childbirth, one cannot show one’s preference for one or another method – the main thing is that everything ends well for both the mother and the child.

However, excessive zeal and perseverance is also not worth it. Many women, fearing maternity hospitals, decide to give birth to offspring at home, without resorting to professional help. This is usually argued by the fact that in hospitals the delivery is almost on stream, and doctors simply will not allow the expectant mother to realize all her views and dreams. This is not true. Now, many maternity hospitals offer a whole range of different services, including water delivery, and you can arrange for the husband to be present nearby throughout the process. At will, a woman will not be given any anesthesia, and everything will go exactly as nature intended. At the same time, in the immediate vicinity there will be qualified specialists who are always ready to come to the rescue. In this sense, the hospital is much better than its own.

Unconditional advantages of the aquatic environment for the baby

And yet, there are some certainly positive aspects, the value of which is simply impossible to belittle. This concerns the views of Charkovsky, but not with regard to childbirth in water. As is clear from this article, the latter are highly controversial and have a lot of arguments against.

However, there are practically no contraindications and negative features in the second direction, which Charkovsky actively mastered – diving. He advocated active swimming, which is advisable to deal with the child from the first hours of his life. And, indeed, being in the aquatic environment has a beneficial effect on the newborn, develops all muscle groups, calms and pacifies the baby.

With the right approach, it is not at all dangerous, even, on the contrary, beneficial. Doing water gymnastics with your child, going to the pool with him, teaching him to dive and swim – this is necessary both for general strengthening and for eliminating the various consequences of improper labor. Water for a child is a native element, he is not afraid of it, but on the contrary, he loves and knows, and it is important for new parents to remember this. In addition, it is in the process of teaching the baby to diving and swimming that there is close tactile contact with the mother, and its value is simply impossible to overestimate.

So, water birth is a widespread modern trend that many people know, if not all, then at least firsthand. Choosing a delivery method is, of course, a personal matter for each couple of future parents, but, nevertheless, one cannot fanatically follow any concept in this matter and go to any lengths just to do as one wants. Remember that a child is not a toy, but a future person, and how healthy he will be, largely depends on the mother and on the features of his birth. That is why it is important to address this issue thoroughly, from all sides assessing the possible consequences and weighing all the pros and cons. The main thing is that the baby who came to this world should be healthy and happy. 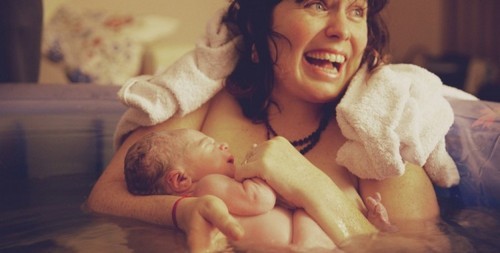 What you need to know to give birth at home 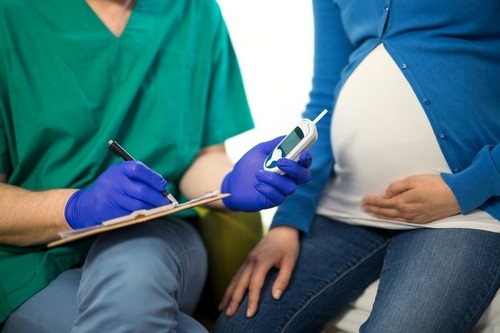 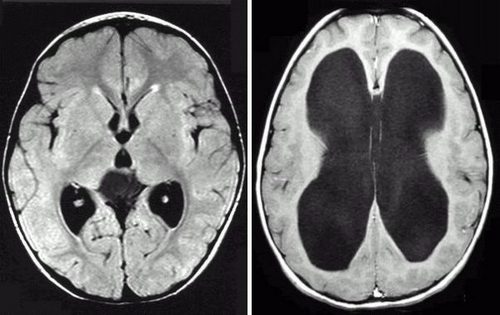