But it turns out that the data on this risk are ambiguous, and therefore there is no strict ban on food during childbirth (it is better to choose something small and satisfying – cookies, cheese and so on).

Water and other fluids do not carry an additional risk (on the contrary, drinking in childbirth is good), since they do not lead to a significant increase in the volume of the stomach and do not increase the risk of aspiration.

Where did all this talk come from? The ban on food and drink during childbirth is associated with the potential risk of aspiration of the gastric contents during anesthesia – a situation in which the contents of the stomach enter the respiratory tract, blocking them partially or leading to the development of pneumonia in the future.

Is it possible to eat and drink during childbirth (after all, the probability of cesarean is never equal to zero)

So, cesarean section is performed necessarily and urgently in the following cases:

Caesarean section is most often performed in the following cases:

How is the operation

Caesarean section is most often performed under epidural or spinal anesthesia. The incision is performed, as a rule, horizontally, in the lower abdomen. The scar after surgery is thin and inconspicuous; after healing, it hides quite well under the underwear.

Sometimes the incision is performed vertically, then the scar is larger and more noticeable. Fortunately, this situation is rare.

Such a cut is needed:

If epidural or spinal anesthesia is used, the woman is conscious – she hears and sees her baby just a few minutes after the start of the operation (tissues are cut and bred quite quickly, but layer-by-layer suturing takes longer). If everything goes well, the first attachment to the chest occurs immediately after the operation.

How is recovery after surgery

After the operation, the woman will have to spend some time in the intensive care unit, where doctors will monitor the main vital signs. However, this does not mean that you will have to wait a while with the start of breastfeeding (this should be discussed with the doctor in advance).

And yes, the seam will hurt. But heroism is not worth it – you can use painkillers. In general, you need to say if it hurts.

You will have to spend some time in bed, but very soon, often already on the first day, you can start to get up, although it will not be easy. Be sure to call someone (a nurse, doctor) before trying to get out of bed for the first time after surgery. When you can walk to the toilet yourself, the urinary catheter will be removed.

You can eat and drink whenever you want (with the permission of the doctor, of course).

Often after surgery, therapy is prescribed that regulates blood coagulation. You should be told and shown what drugs, how and how many days you need to take.

The discharge can be early (two to four days after delivery) or occur a little later (usually no more than seven days, if there are no complications). Check with your doctor when discharge is planned so that you can prepare for your return home.

At home, you need to take care and not allow yourself excessive loads in the first time after the operation. You should refrain from sex and sports for six weeks (if there is an urgent need, you should discuss this issue with your doctor). Do not forget about contraception when resuming sexual activity. The absence of menstruation (if the baby is breast-fed) does not mean that you cannot become pregnant. After cesarean section, it is especially important to prevent the next pregnancy from happening too early.

Pain in the suture can be troubling for several weeks, be sure to discuss with your doctor what you can use to relieve pain before discharge. Watch the seam. Increased pain, redness, the appearance of abundant discharge in the suture area, as well as a local or general increase in temperature – an occasion to see a doctor.

Do not wear tight clothing at home. Friction and excessive sweating in the seam area will not accelerate the healing process. It is because of this that it is better to avoid driving a car for some time (so that the seat belt does not come into contact with the seam). Many women after cesarean are more comfortable walking in the bandage, but if you are uncomfortable, hot or painful in it, you do not need to use it constantly.

Care must be taken at the seam; the maternity hospital will show how and what to do. It’s okay and complicated, but the ostrich position (not peeling off the patch and not looking that with a seam) is not the best tactic.

The seams, by the way, most often do not need to be removed (they will resolve themselves). If you used threads that have to be removed, you will definitely be informed about this.

What can be the complications

Fortunately, in the modern world, such complications are quite rare.

Carefully monitor your condition and be sure to inform your doctor if you have any unpleasant symptoms (fever, weakness, cough, pain in any area except the suture (or increased pain in the suture), problems with urination, bowel movements.

– It used to be that after a cesarean section you should not become pregnant for three years, but now it is recommended to wait a year after the operation, then the chances of a safe pregnancy and natural birth (if a woman wants it) will be higher.

Anxiety may cause dementia – and meditation

Pros and cons of cesarean section compared to natural childbirth

Meet with the same probability after natural birth, and after cesarean: urinary incontinence, postpartum depression.

It is worth mentioning right away: when we talk about risks after cesarean section, we must understand that cesarean is often (not always, of course) performed according to indications, that is, initially there are “aggravating” circumstances that affect the number of adverse consequences. What you should know if you really want a natural birth, but there are suspicions that there will be a cesarean

No amateur performance – the doctor makes decisions in childbirth, he takes responsibility for you too! If the doctor suddenly after the start of labor says that it is now necessary to do a cesarean, then we must obey (for the sake of the health of the child in the first place).

Pelvic presentation of the fetus

It is possible (and shown) to attempt an external obstetric turn (turning the fetus at 37 weeks of gestation). Important: this manipulation should only be done by experienced doctors who can turn! As far as I know, in Russia there are not very many of them. Do not demand a turn from the doctor who never did it. The probability of success is small, but with a successful turn, natural birth in the head presentation is possible.

Yes, natural childbirth with a large fetus (especially in the case of the first birth) is hard. But if a woman wants to try, it is worth considering that cesarean is strictly shown with an estimated fetal mass of five kilograms or more (which happens extremely rarely). With a fetal weight below five kilograms, natural childbirth can be discussed (if the woman wishes, the experience and mood of doctors).

If, according to ultrasound, the child is too small (in the absence of developmental abnormalities), then this fact itself should not serve as an indication for cesarean: the outcome for such babies does not improve after cesarean section.

To begin with, we clarify that three or more fruits are an indication for cesarean section. No reasoning. But twins with the head presentation of the first fetus and any presentation of the second – the basis for an attempt at natural childbirth. Delivery by caesarean with this arrangement of fruits does not improve outcomes for mothers and children. Again – for the natural birth of twins you need a great desire of a woman and the experience of obstetricians!

Preterm birth is always a stress for a woman. If the condition of the child does not worsen, natural childbirth is possible – cesarean will not provide a better outcome for the child. But doctors must tell you that the baby is not suffering and there are no other indications for cesarean section, except for premature birth.

Control of body weight during pregnancy is important for many reasons: in particular, the more a woman gains during pregnancy, the higher the risk of cesarean. However, there is no BMI value above which only a caesarean section is shown. Therefore, it is worth monitoring the weight both during pregnancy and without it, in order to prevent obesity. But weight should not affect the choice of the option of childbirth without other aggravating circumstances.

Undoubtedly, every woman wants to minimize the risk of infection for her child. If a woman receives adequate therapy, and the viral load is low (below 50-400 copies / ml), a cesarean section does not give advantages in terms of the risk of infection of the baby, and therefore the choice between natural birth and cesarean should not be made only on the basis of the HIV-positive status of the mother. Moreover, for women who do not receive therapy and have a load of more than 400 copies / ml, caesarean is recommended.

Hepatitis B in mom

If a woman gives birth in a maternity hospital, which can provide proper manipulations for the baby after birth (immunoglobulin administration, vaccination), the risk of infection does not depend on the method of delivery, and therefore natural births are possible.

– Women have different attitudes toward childbirth: someone wholeheartedly wants a natural birth, someone dreams of a cesarean section. Despite the fact that in the orders of the Ministry of Health there is no indication “at the request of a woman”, many international recommendations agree that if a woman is categorically tuned for a cesarean section, she has the right to it. If you are panicky afraid of natural childbirth, do not step over yourself.

The main rule is to obey the doctors and listen to yourself. On the part of the woman, no special actions that will increase the chance of natural birth and lower the risk of cesarean are not yet invented.

But that does not affect whether the delivery will end in a Caesarean section: 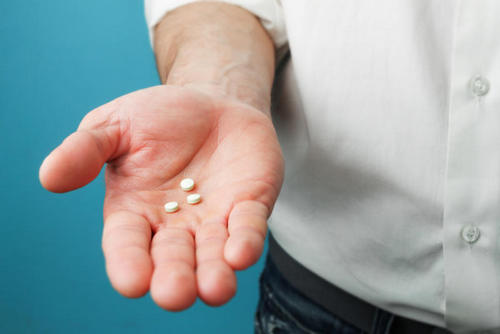 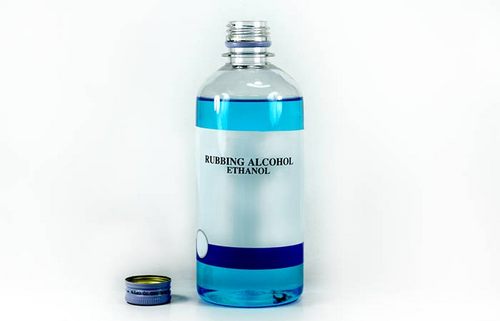 How To Clean Fake Eyelashes